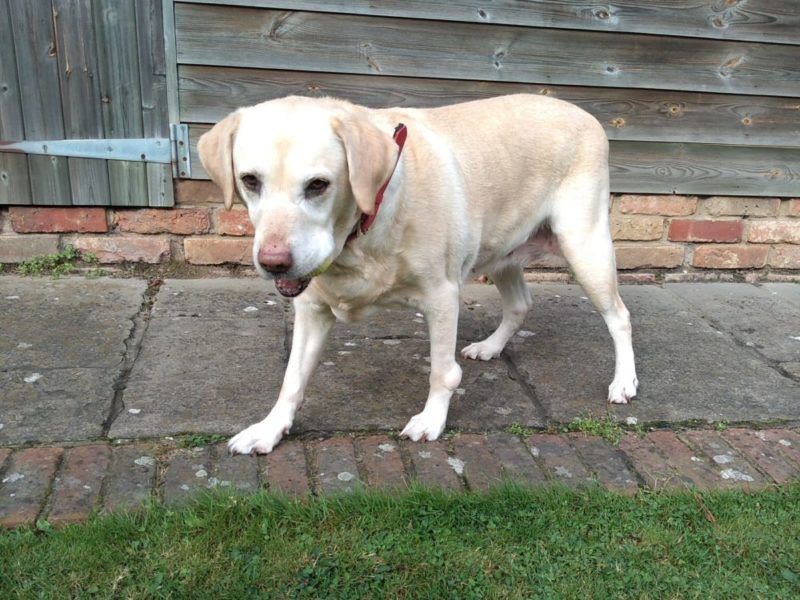 She is 11 years old, and despite being rather overweight, surprisingly sprightly – though she wouldn’t be able to keep up with Rocco and I on a long, fast walk!

She is a lovely friendly dog, and little trouble to look after. And is the first dog I’ve looked after that actually walks to heel – maybe I do need to do a bit more training with Rocco… 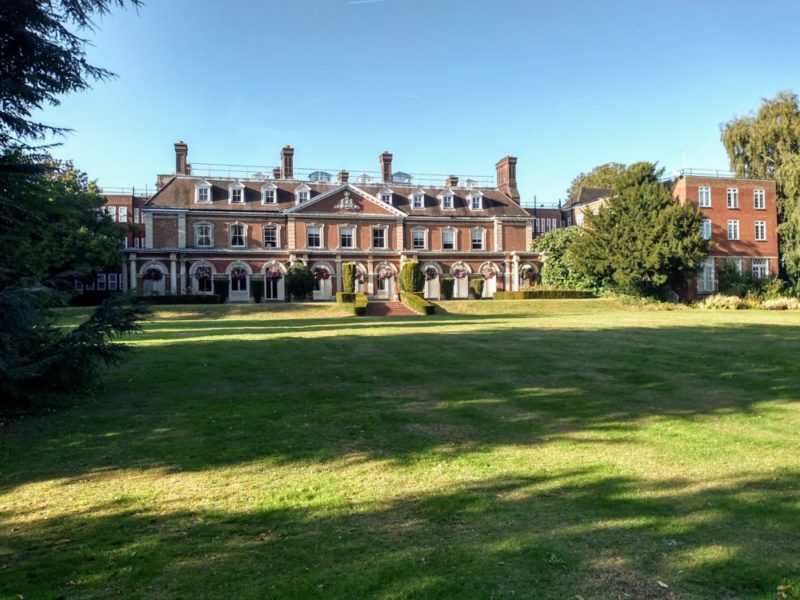 A group of colleagues attended a training session this evening which included a visit to Bromley Palace.  What a handsome building!

No photos for Sunday.  Went to the Crescent Theatre in the afternoon to see “Nell Gwyn”, after lunch at Brindley Place.  The play was excellent.  After a quiet evening in, Gemma had to go to work this morning, while I had a leisurely start and an uneventful journey home.

We got the train to Bournville this morning for the heritage day.  Gemma’s morris side did a couple of turns; we visited the wool shop; had lunch; visited Selly Manor (pictured); explored the visitor centre and listened to the carillon.  We then got the train to Selly Oak to buy lemonade, and walked home. Ready for a Pimm’s! 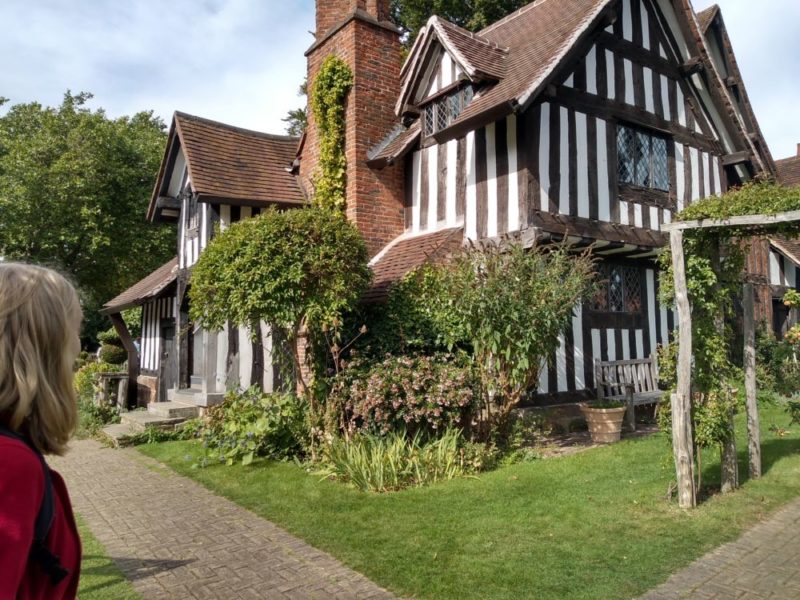 I got the train up to Birmingham this morning, met Gemma for lunch and a brief shopping spree.  This included some gin tasting at a stall at the food fare and enjoying some municipal artwork. 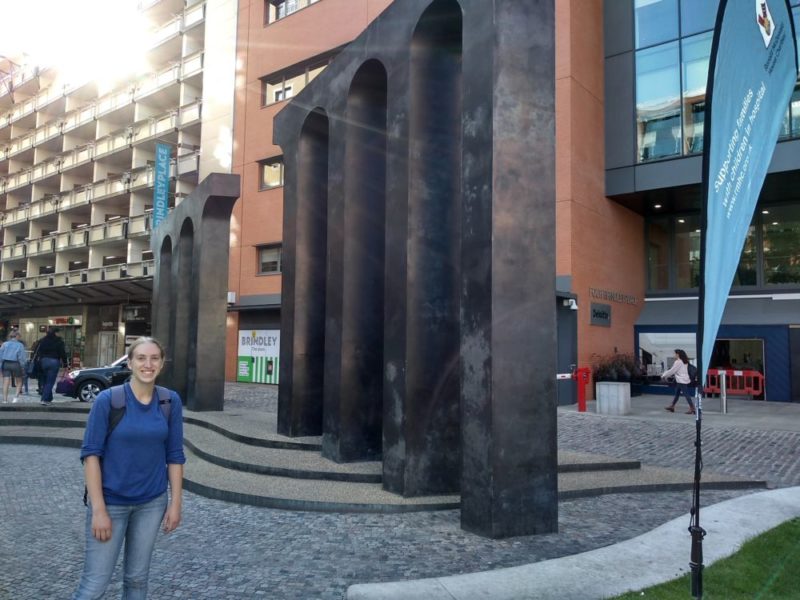 We then wandered back to Gemma’s along the canal towpath in the sunshine. 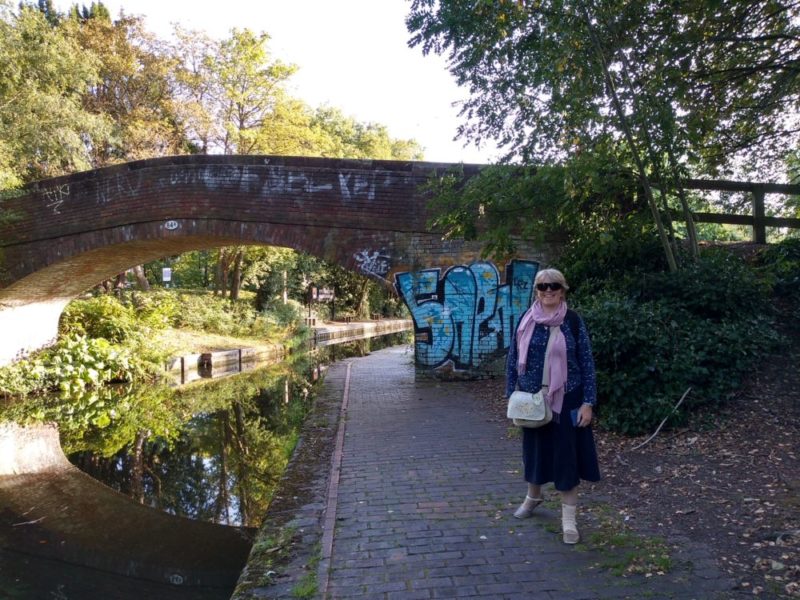 If you look carefully, you can see the University name board through the bridge.

It was a nice day today and I thought it was time to get Rocco used to trains again, so we went to Chessington. This involved two trains (changing at Waterloo) but no underground (we’ll save that for later).

The train was quite crowded on the way up to London, but Rocco seemed to impress (almost) everyone – I can’t recall a time when I’ve talked to so many different people on a commuter train! 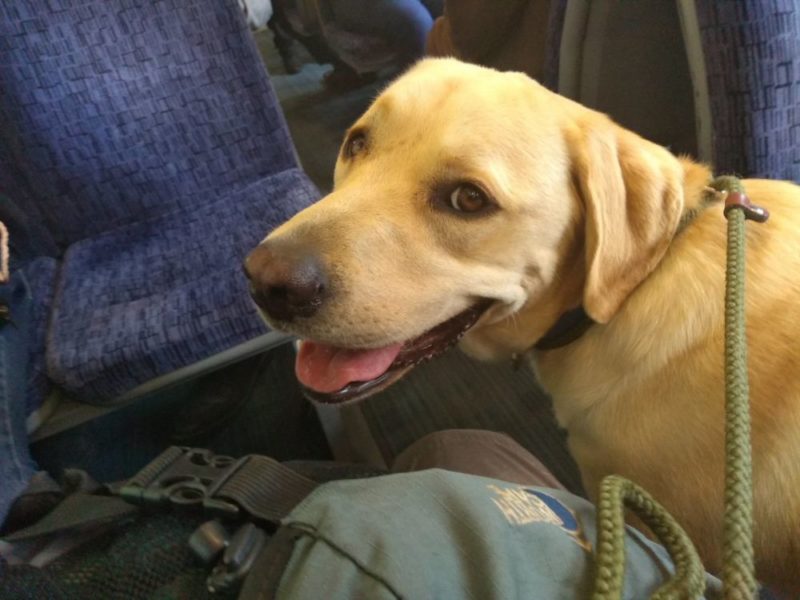 We shared the lift at Waterloo with grandparents and a child in a pushchair. Luckily, they liked dogs so Rocco got even more attention.

The train to Chessington South was very quiet and eventful. 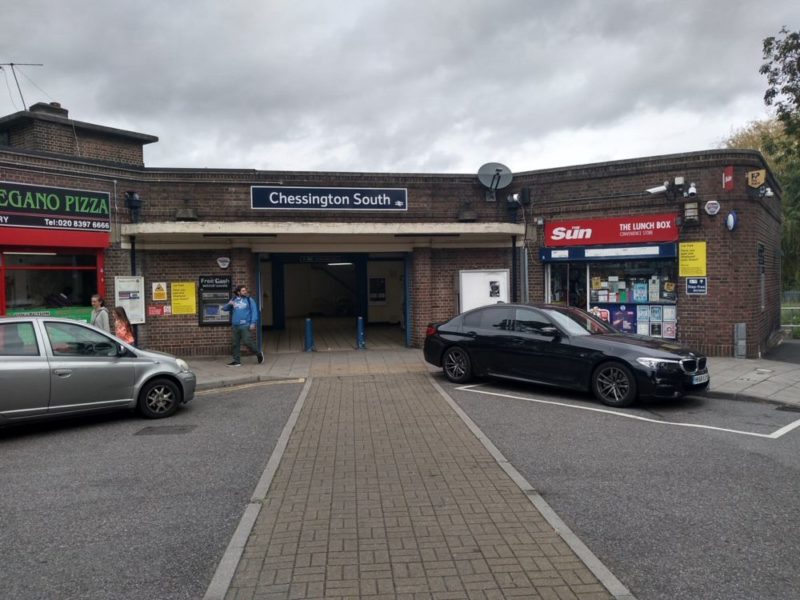 We only had to walk about 100 yards from the station until we were on footpaths: 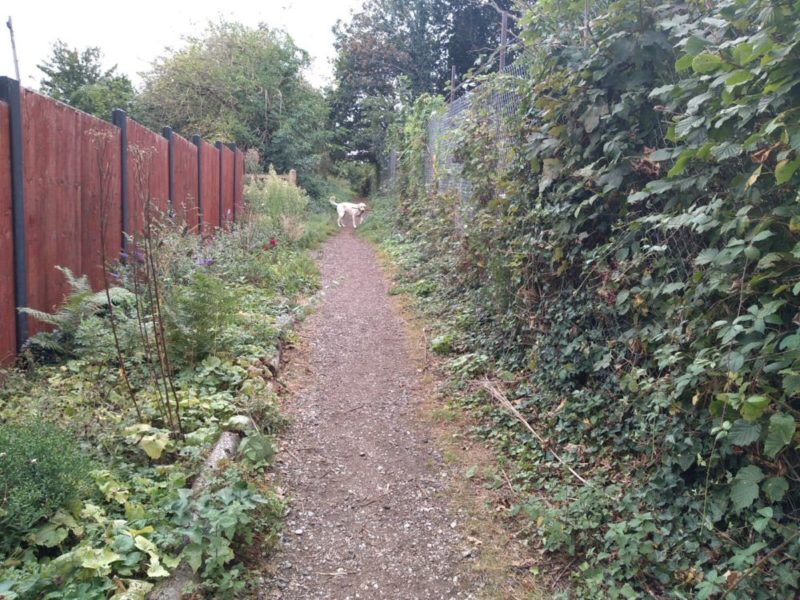 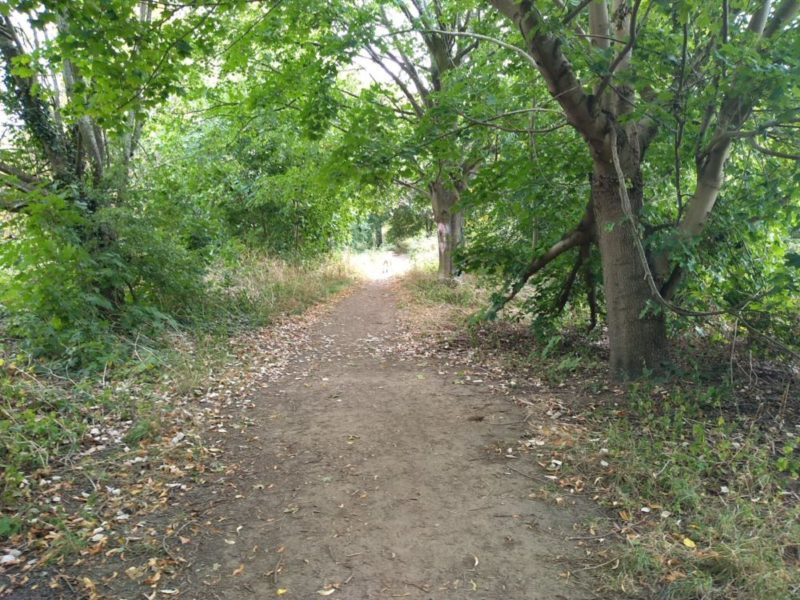 And soon, we were in countryside: 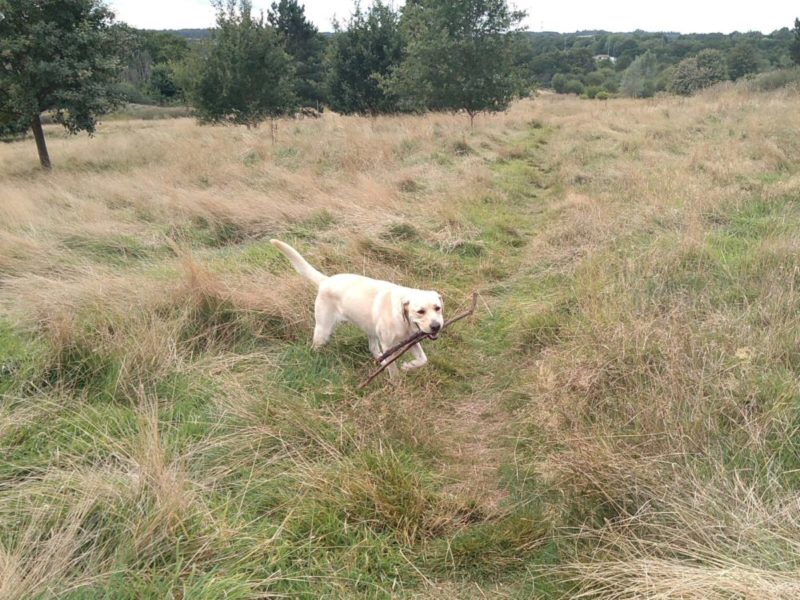 We had to struggle to get through some fields with horses a bit further on – unfortunately Rocco started barking at them which didn’t help: 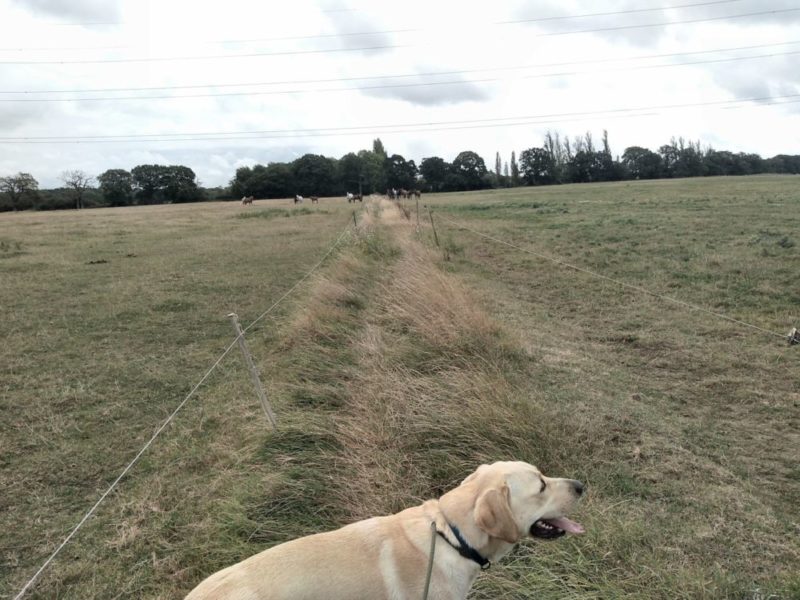 Finally, we reached Horton Country Park – not the most interesting in the world, but covered a large area. 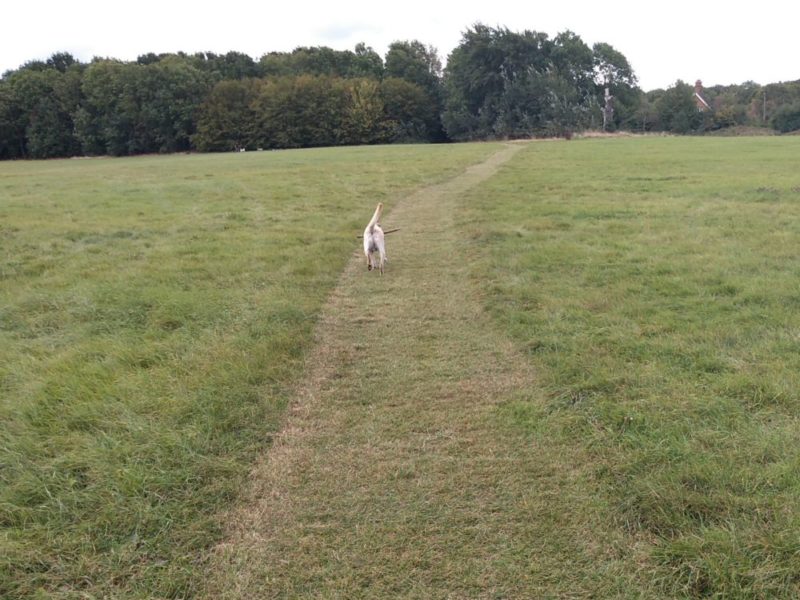 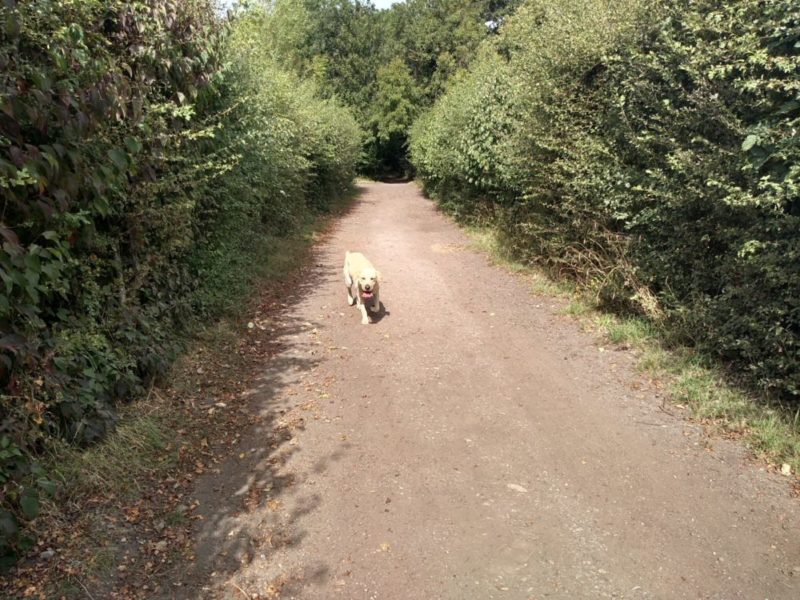 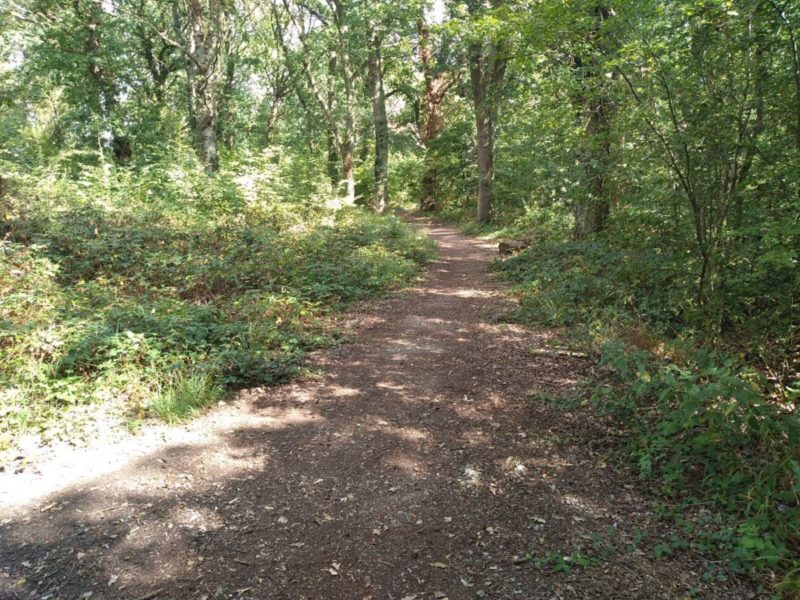 All too soon, it was time to take another footpath back to the station: 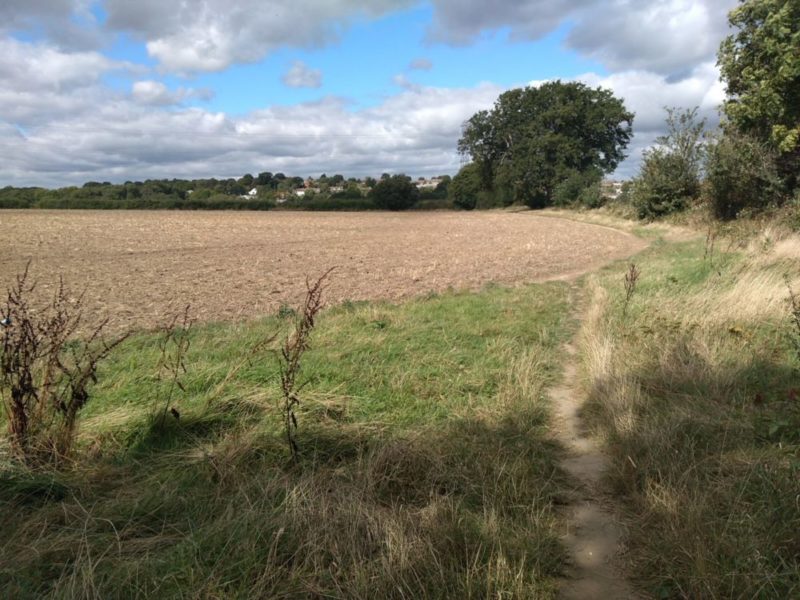 and the trains home: 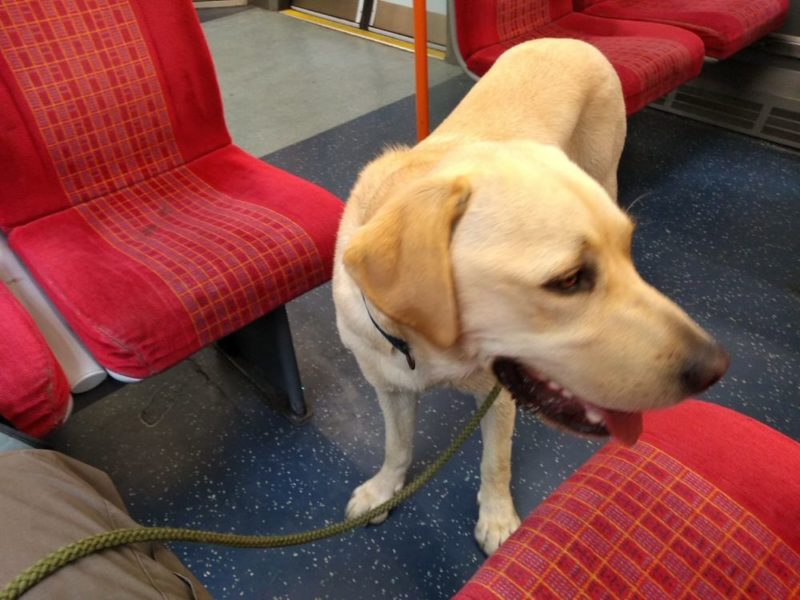 A nice day out, and we’re both exhausted!