A few days later, Dennis is finally starting to settle down with us. He is now microchipped, so I won’t potentially get a £500 fine any more. Not that I’ve seen many policemen wandering around with scanners actually checking dogs…

He is a very friendly dog, good with both people and other dogs. He seems fine with our cat even if the reverse isn’t true.

He shows no interest in dog toys, balls or sticks. 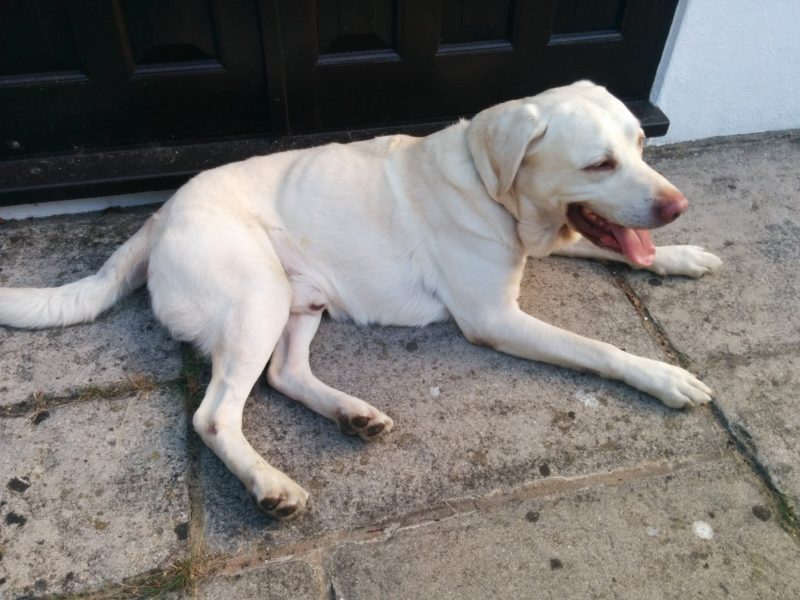 A very similar photo to the last one – this really was taken a few days later!

Probably due to his unsettled past life (and his time in kennels), he gets very worried whenever he can’t be next to the current “person of choice”, which is normally me. Even leaving him while going to the loo can trigger a round of barking.

He has now been to the pub, and did really well until he found a hole in the fence and decided to explore Orpington instead. Luckily, he didn’t go far, and came back OK. He shows no interest in crisps, so I’m starting to wonder if he is a real Labrador after all!

We now let him off the lead in parks and woods, and he’s fine. No road sense though, so pavement walking will continue to be on the lead.