It’s the weekend, so time for my morning walk at High Elms. Dennis was keen to go until I stopped by the car. He wouldn’t jump up into the boot, and jumped down again after I lifted him in…

Time to get the dog harness. I managed to attach him to one of the seat belts, and eventually managed to get the door shut without him escaping. All the way there, he was barking and trying (unsuccessfully) to jump over the seats and sit on me. Thankfully it was only a short journey!

Once at High Elms, he was fine off the lead. 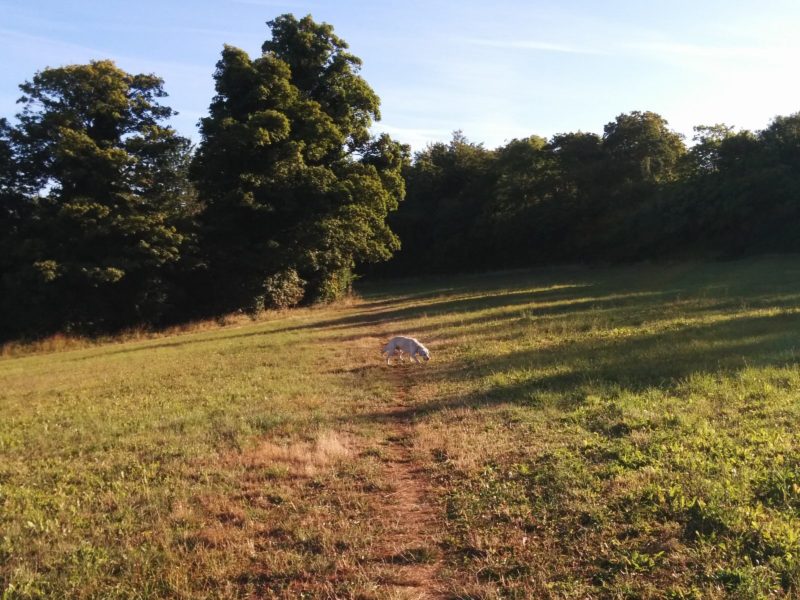 He did wander off in the wrong direction a couple of times, but being so white, is easy to spot through the trees. And he did come back when called…

He was much better behaved than a lot of the other dogs there – he even got mildly attacked by a small dog and just stood there puzzled! 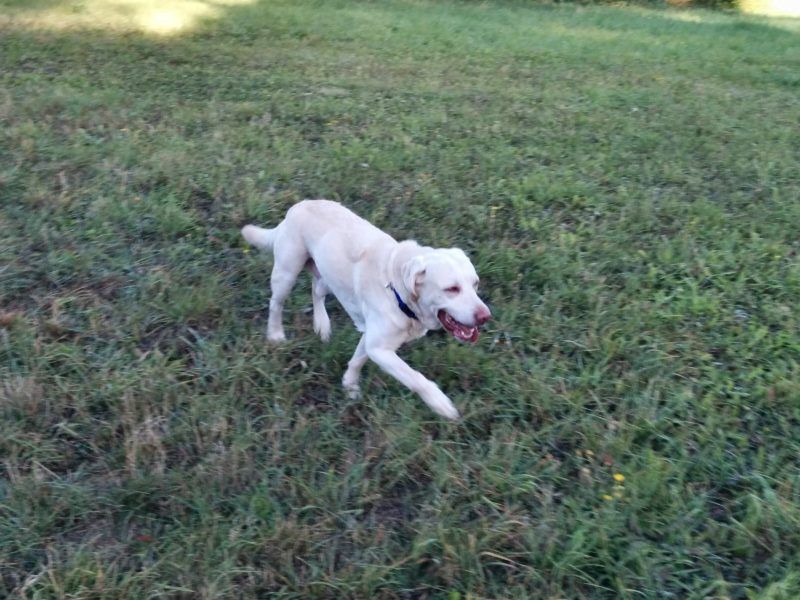 For the journey back in the car, I attached the harness to one seat belt fixing, and his lead to another, so he was effectively restrained within the boot area. Still lots of barking and attempts at jumping around though.

We’ve been experimenting with different foods, and discovered he’ll only happily eat dried dog food if it’s mixed with tinned dog food. Messy and smelly, but he really does need to put on weight (not often you say that about a Labrador!), especially with the amount of exercise he is currently getting.