Tyson survived a visit to the pub last night – he just curled up on the floor and went to sleep!

Afterwards, he happily went to his bed and we didn’t hear a sound from him until morning; it was so nice to hear a tail wagging in the house again. He seems content to stay downstairs while I’m working upstairs, which is a real bonus.

We decided that he really was so smelly that he had to have a bath. We’ve never tried doing this with a dog indoors before, but he was really good – tried to get out a few times, but mostly just stood there while he was being shampooed. His fur feels so much nicer now – a pleasure to stroke.

After less than 24 hours, he seems really contented with us, which is a real bonus. 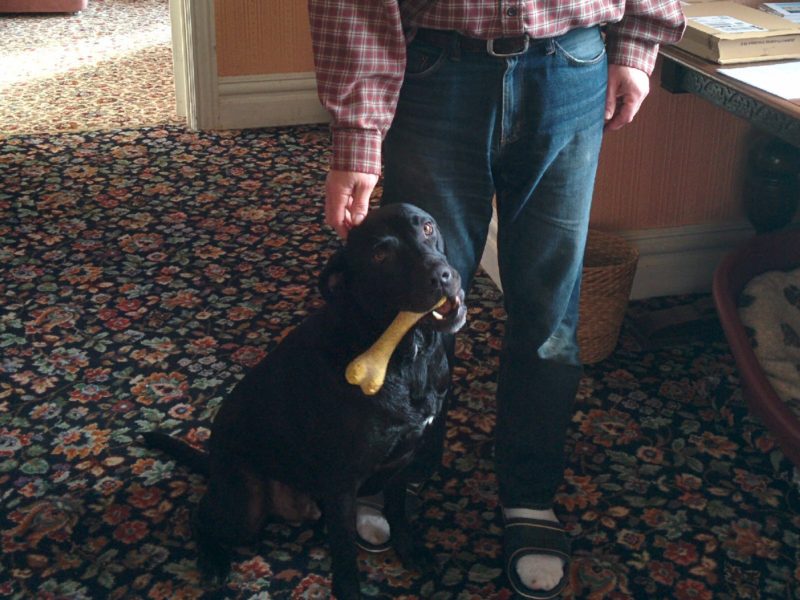