A few days on, Tyson is now really settled. He happily sleeps in his bed most of the day, just occasionally having a wander around to check that no food has mysteriously appeared somewhere. He is so little trouble that you hardly know that there is a dog in the house. 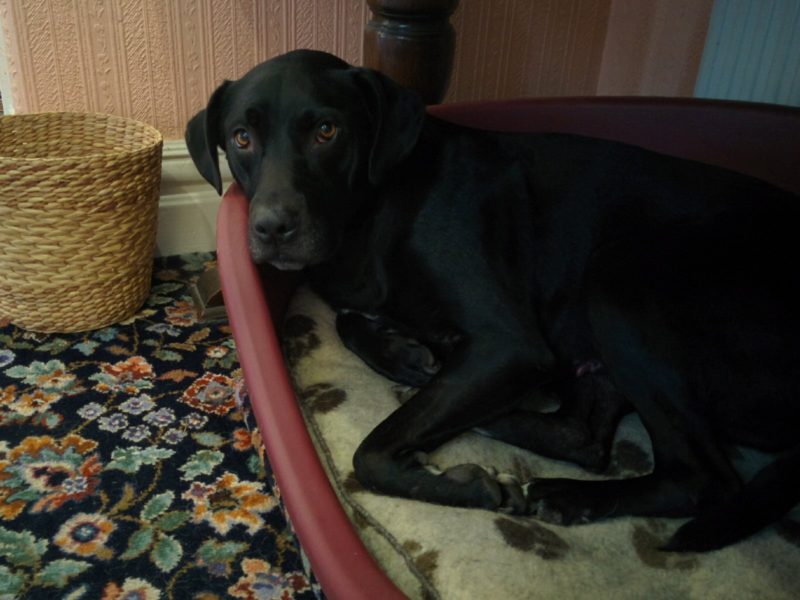 He eagerly eats his food, but doesn’t beg for ours, which is a nice change. Though he did find an empty sachet of cat food in an open bin last night – probably as much our fault as his.

We had to leave him at home for a few hours last night, and everything was fine on our return.

But, when on a walk, this calm sedate dog turns into a one year old puppy. Rushing around left and right sniffing and investigating every garden on route. Any other dog, cat, squirrel or bird triggers a full power lurch in that direction!

He is very unsure of other dogs and will often run and growl at them. It’s almost like he is a dog that has never been outdoors before.