We walked from the hotel with a local guide on a tour of the town this morning. There was actually a small amount of rain overnight, but nothing subsequently.

The first bit was crossing the river using the ‘Roman Bridge’ – rebuilt many times since! 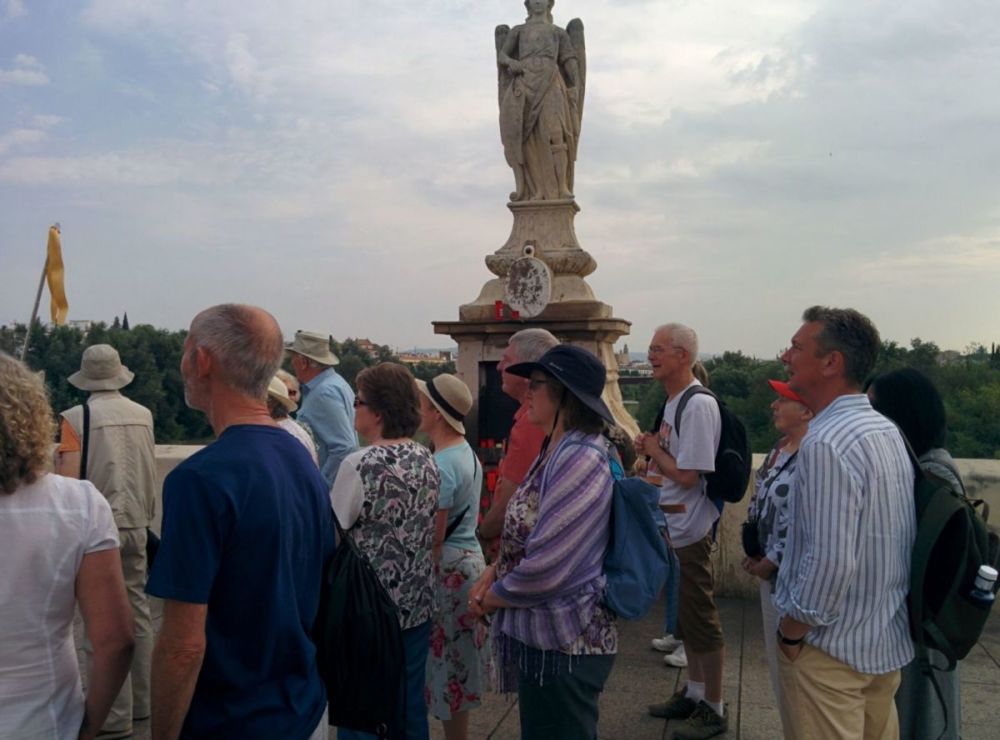 Then on to the cathedral, which used to be a mosque. 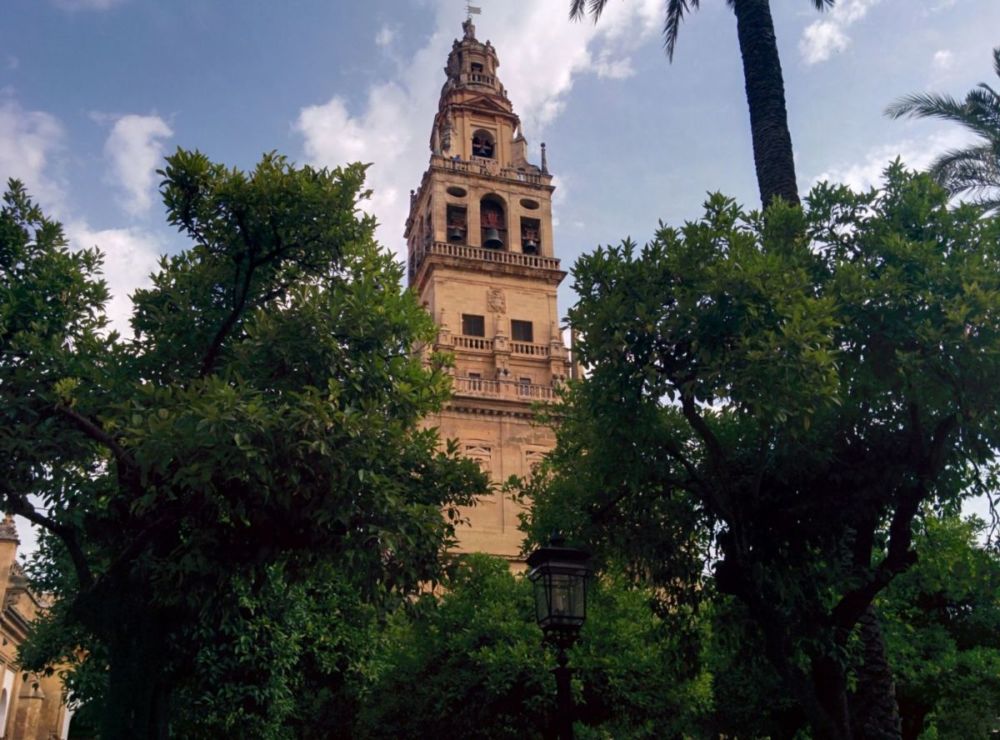 The inside is very large, mostly the original mosque, but with a Catholic centre added later. 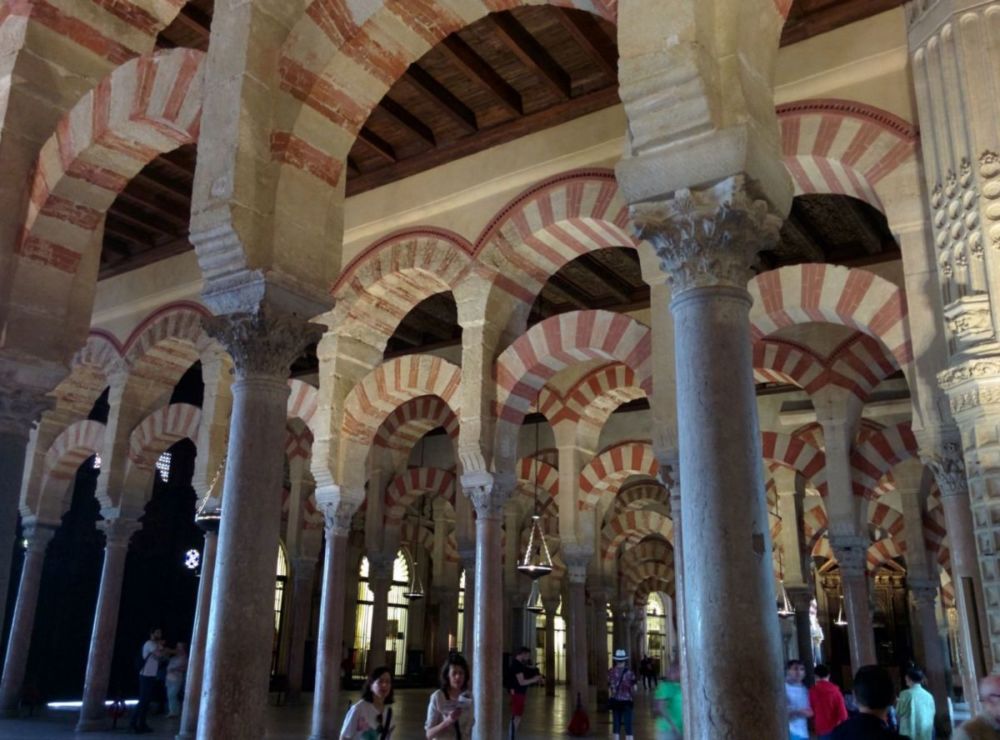 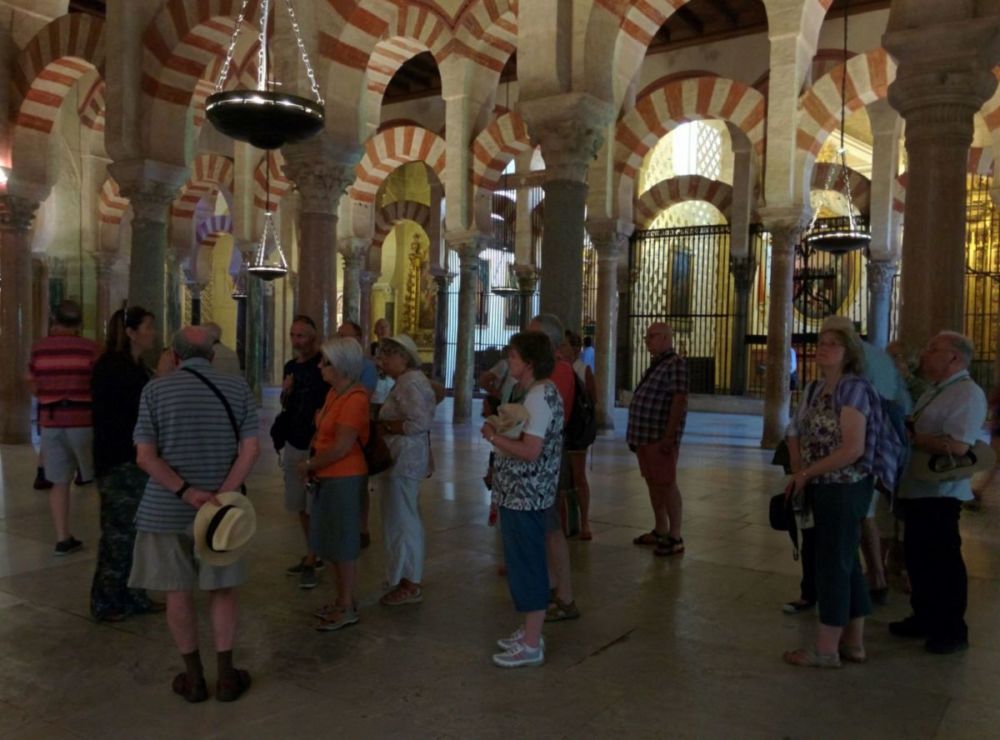 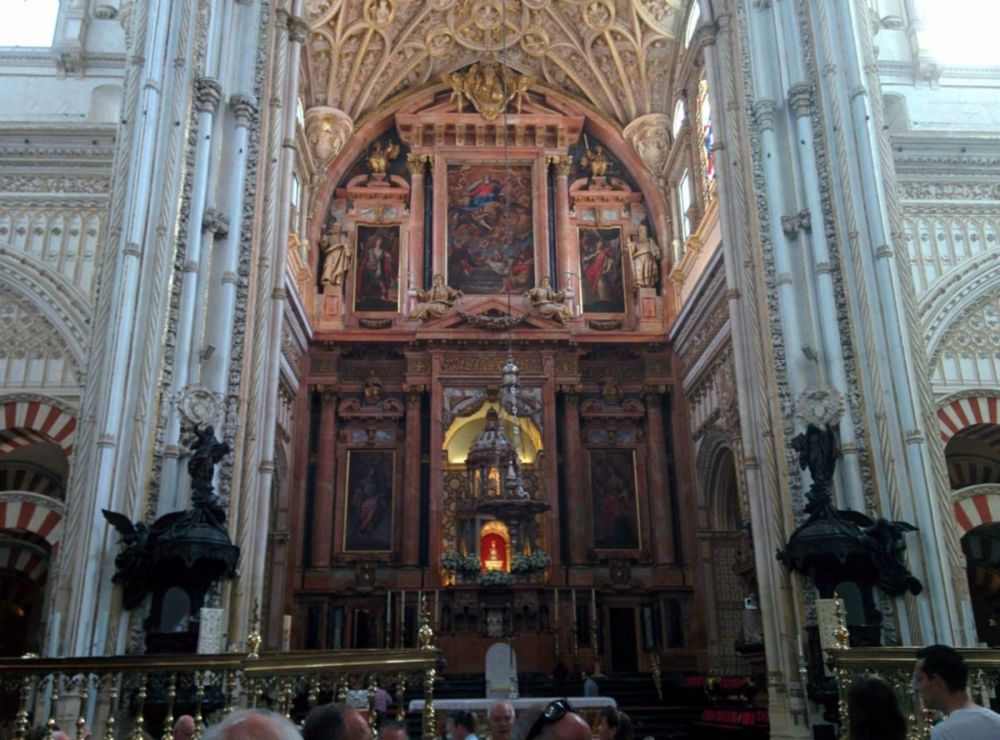 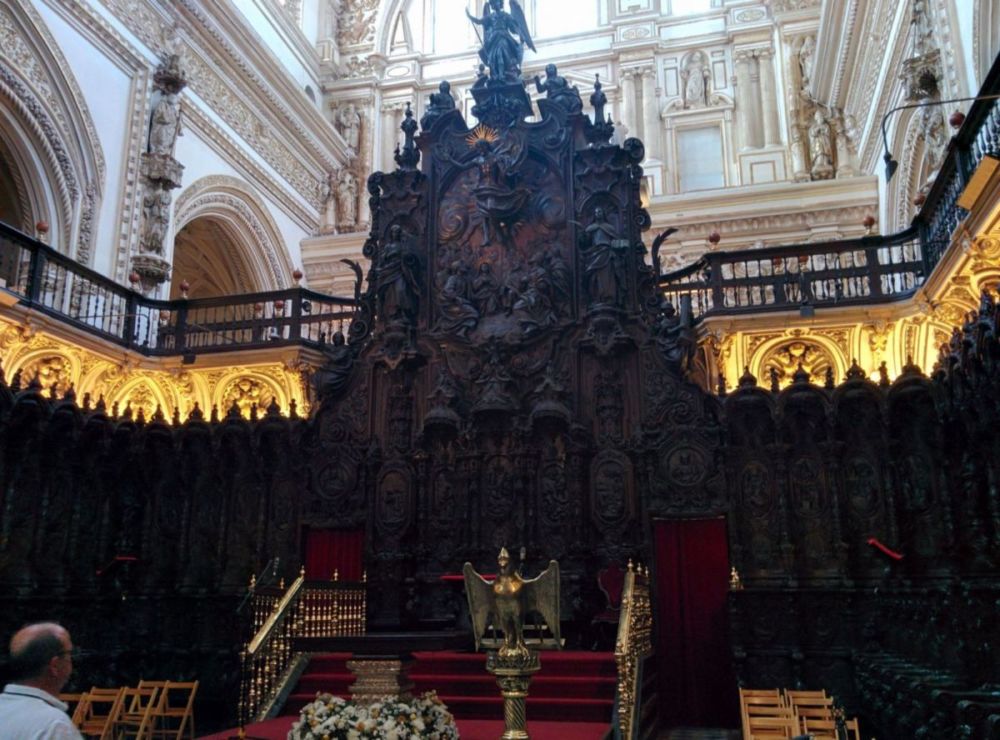 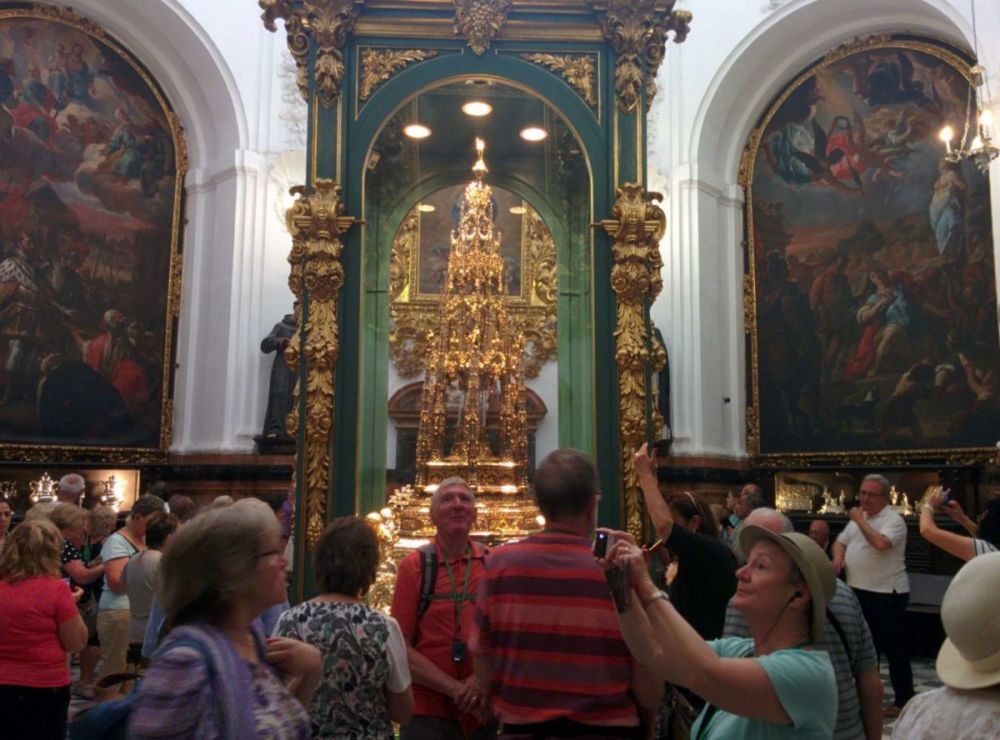 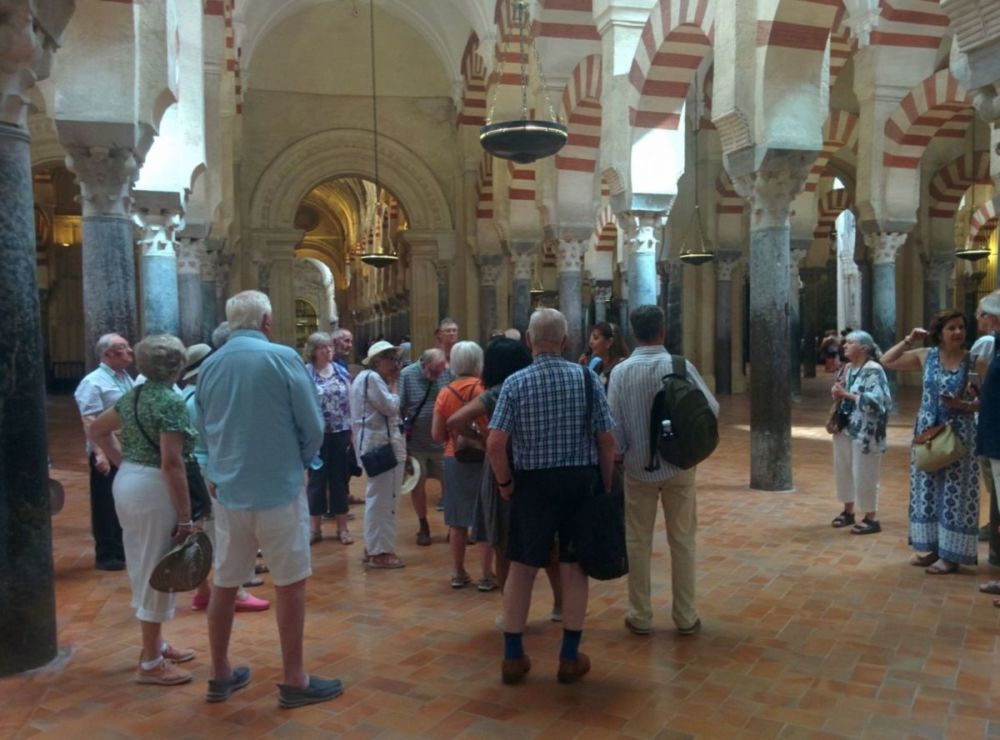 After that, we toured the ‘Jewish Quarter’ nearby. It was very crowded with other tour groups as the cathedral was being closed to tourists for the Sunday services. 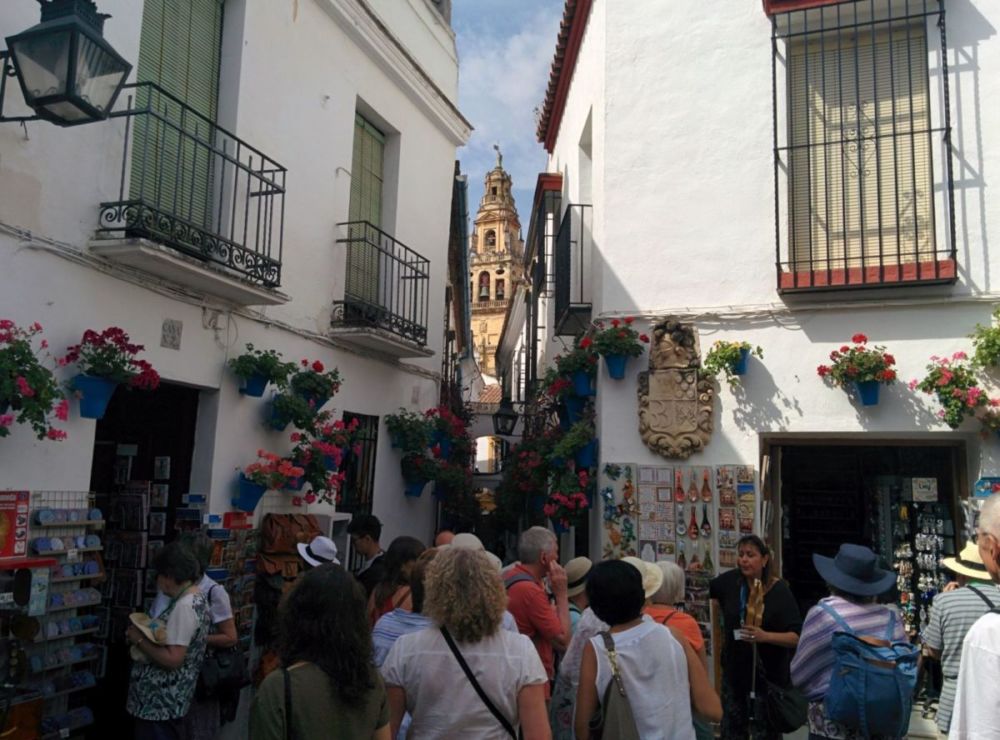 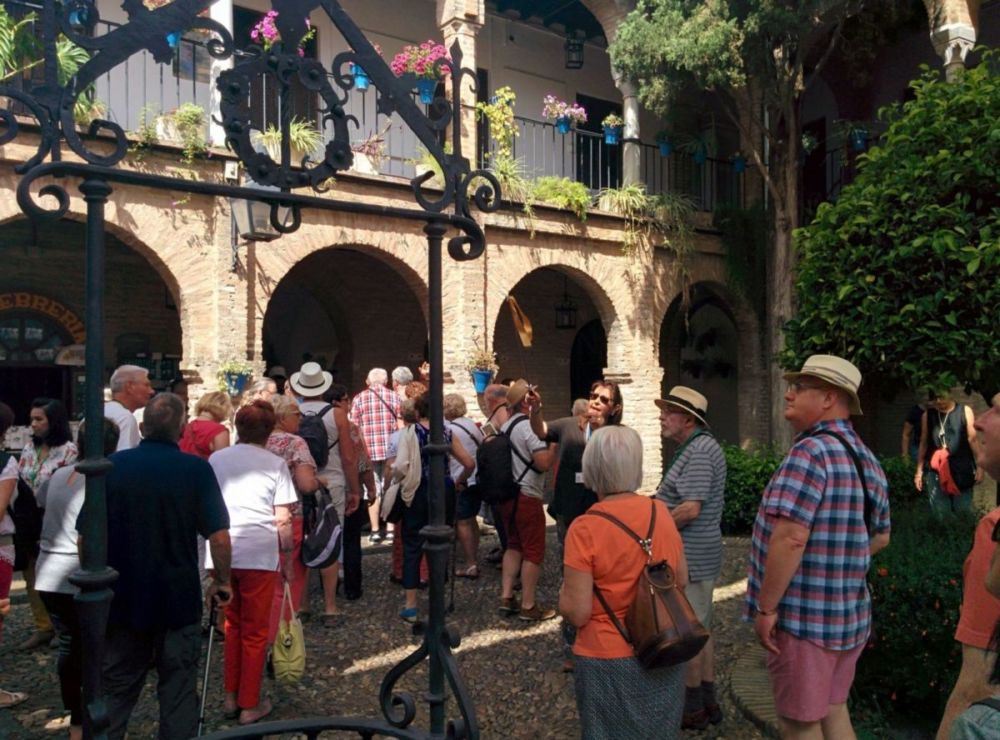 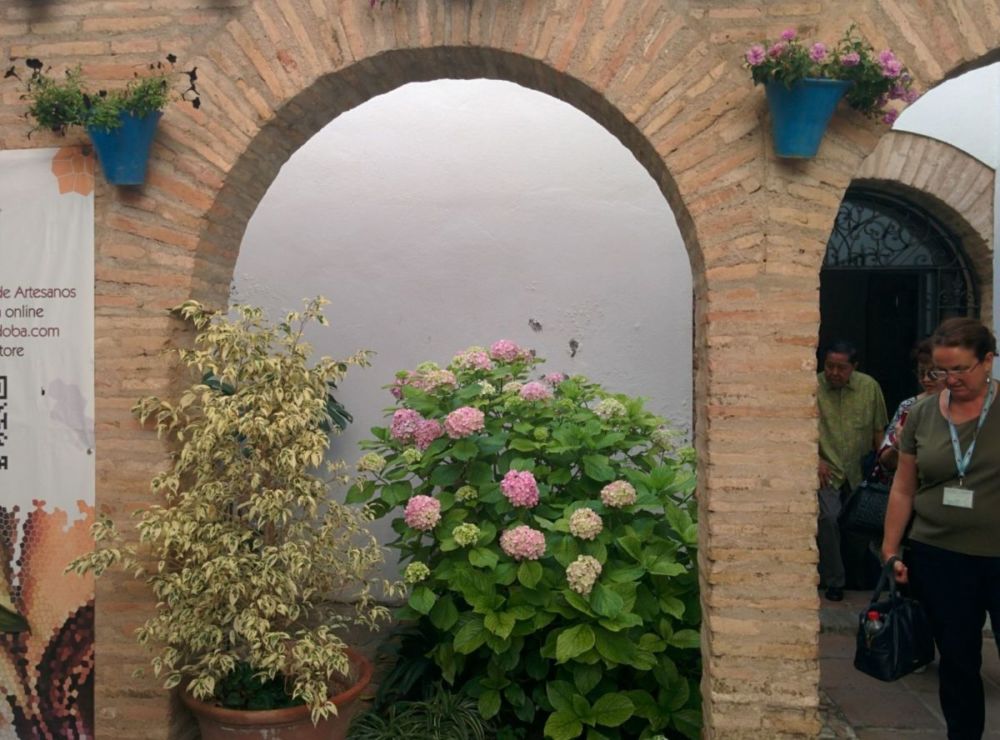 We also visited an old synagogue. 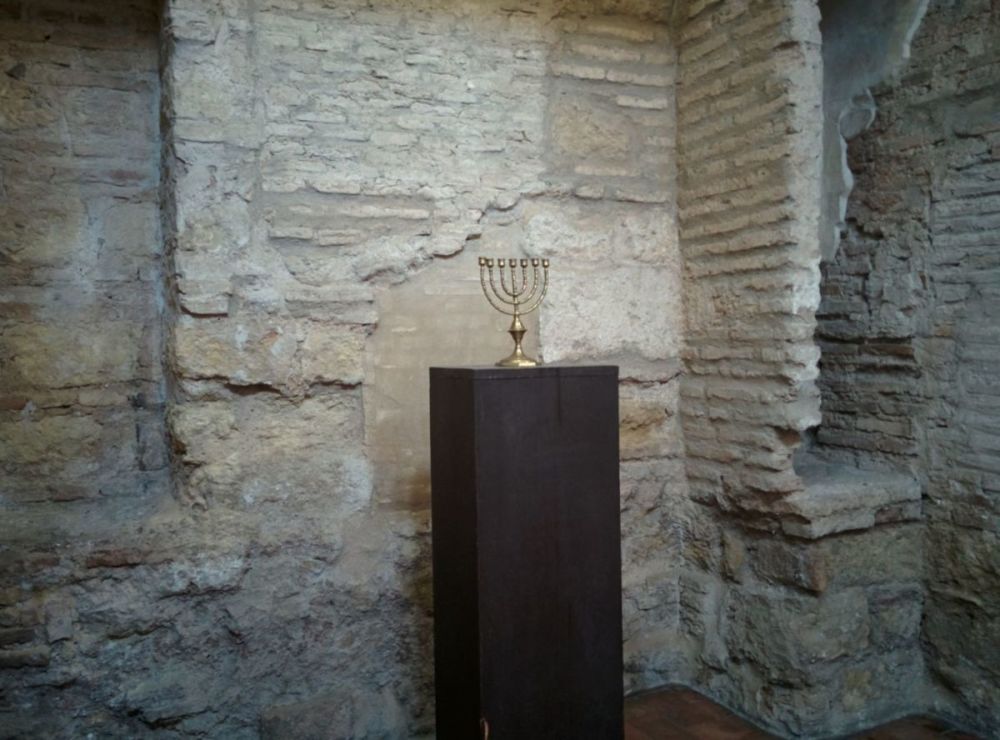 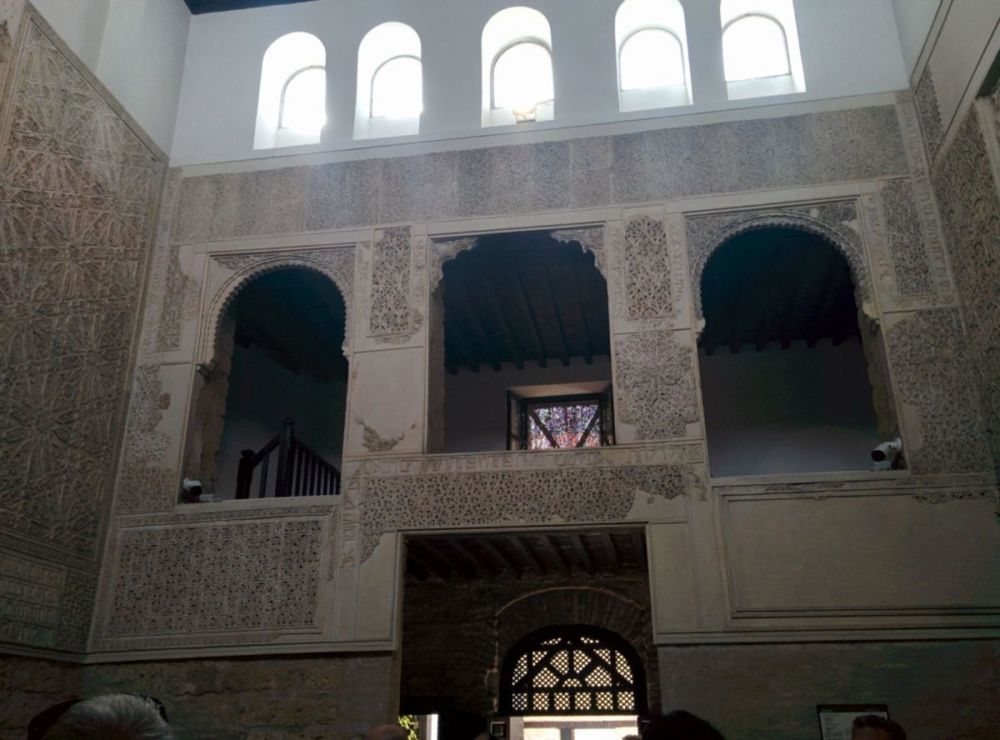 Then walked to our restaurant for lunch (Gazpacho, Tuna Salad, Pork Escalopes and Chips, then a variation of Creme Caramel).