Well, after a few days, Winston has turned out to be a really nice dog; if I was looking for a “permanent” dog, he’d be a good choice!

I’m now walking him off the lead in the park – he looks round to see where I am and so far is fine with other dogs, large and small. Though he either chooses not to hear when I call him back, or maybe is waiting for the right command in Russian! 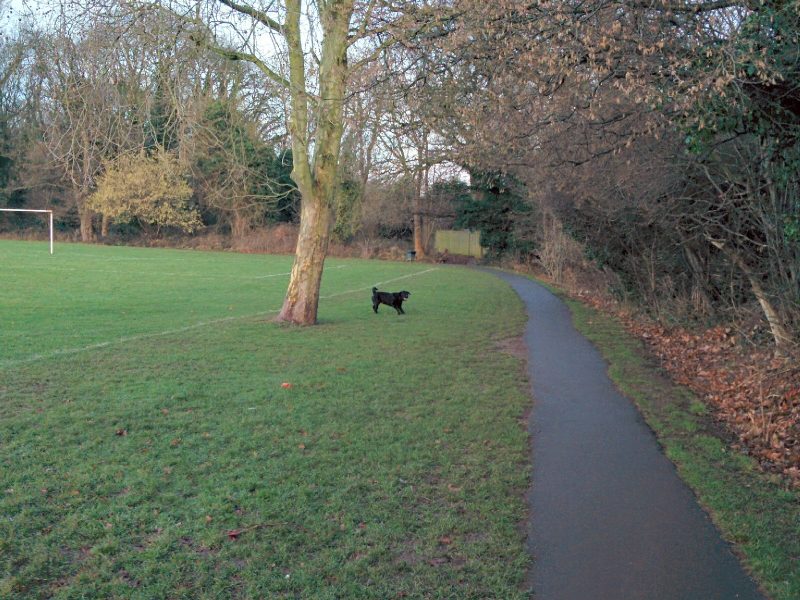 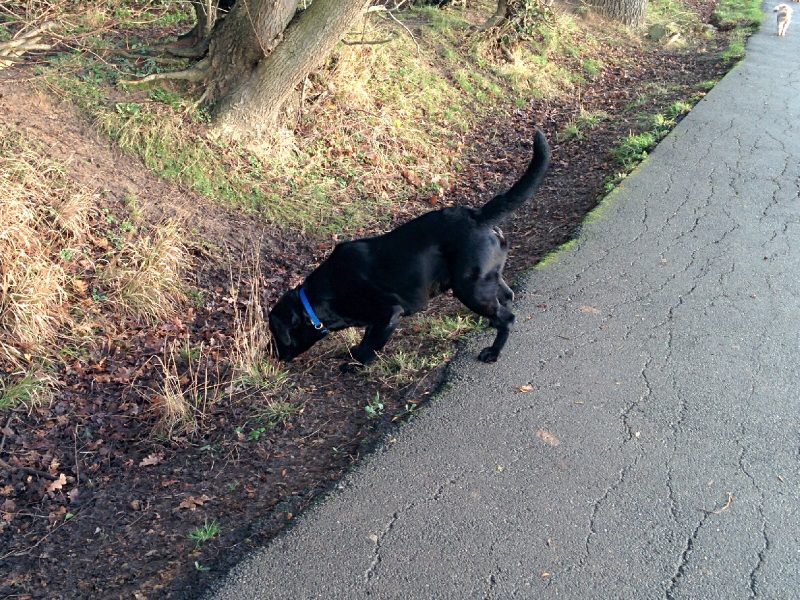 He has coped with a load of noisy children and he charmed everyone in the pub (one couple would have taken him home there and then if they could have had a dog). When someone started to play darts, he sat up and followed each throw like a spectator at a tennis match!

He does seem to attract attention – I think it must be his cheery disposition.

He has also met our cat a couple of times. She hissed at him, but he didn’t try to chase her or bark or anything –  I think he was just puzzled.

He also managed to sleep at the bottom of our stairs last night – a vast improvement on sleeping against our bedroom door and waking me up every time he moved!