A week later and Winston has really settled down. A big breakthrough was when he decided that his bed (downstairs) was a much better place to sleep than against the door of whichever room I was in.

I walked him off the lead in the woods at the weekend – he really enjoys exploring, and occasionally even comes back when I call. Being a black dog, I really should get him a fluorescent coat so that I can see him in the trees! 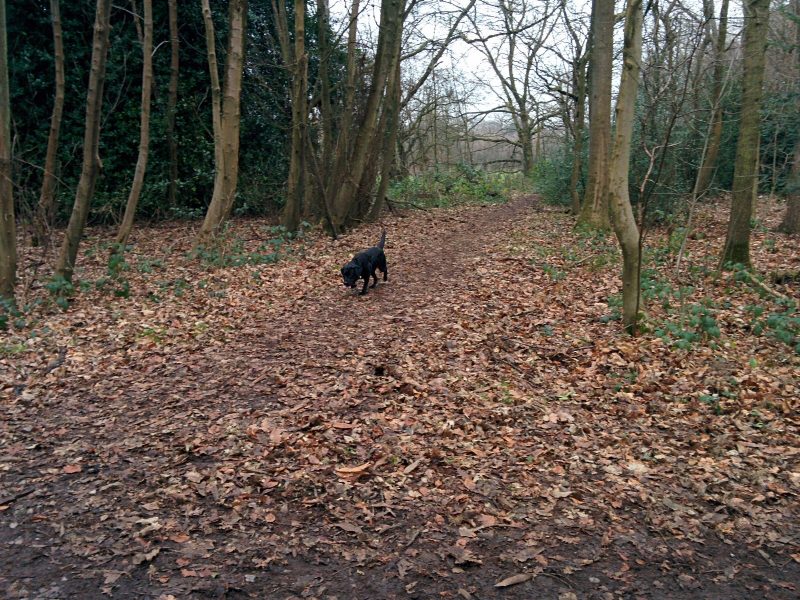 We also left him on his own in the house the other evening. He was very attentive when we returned, but otherwise seemed unscathed.

He is also getting on fairly well with our cat, though she really doesn’t want to have much to do with him..