We started the day with an interesting coach tour of the city highlights.

The first stop was at the Holocaust Memorial, a large abstract artwork of concrete blocks at various levels, with a museum underneath: 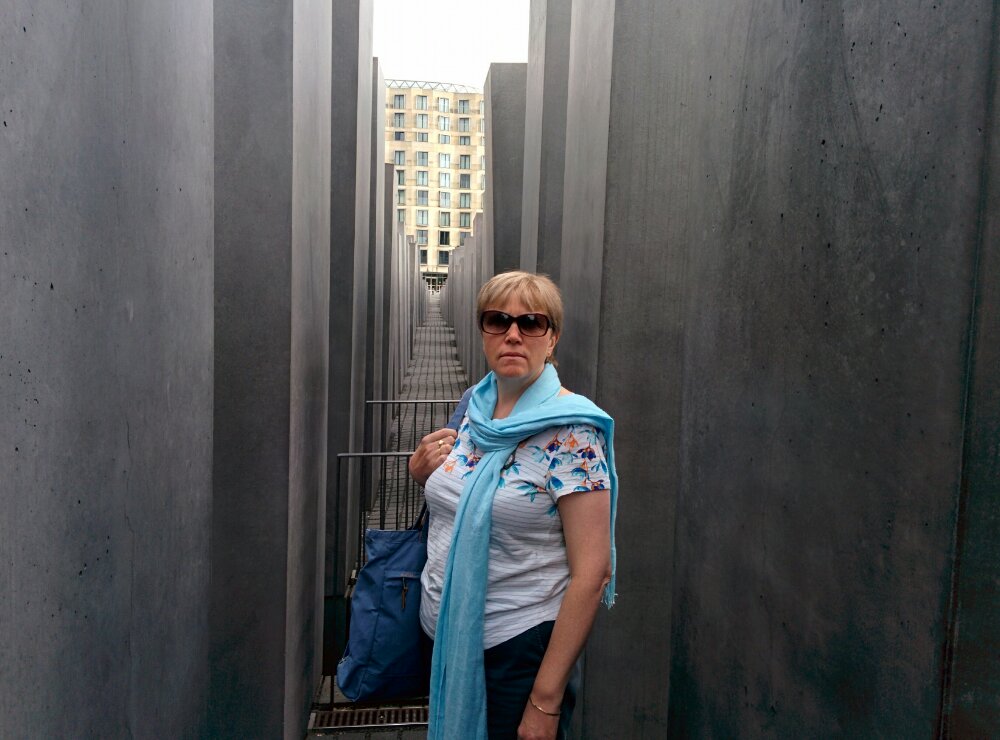 Next was a Platz with various rebuilt (as most old buildings in Berlin) churches and a concert hall: 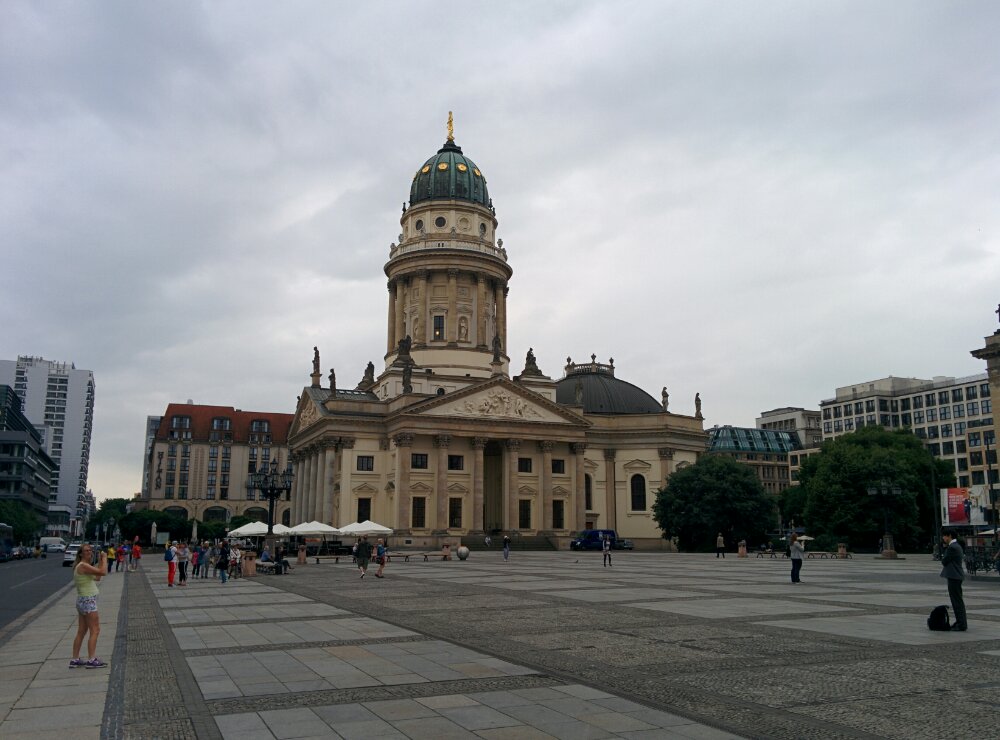 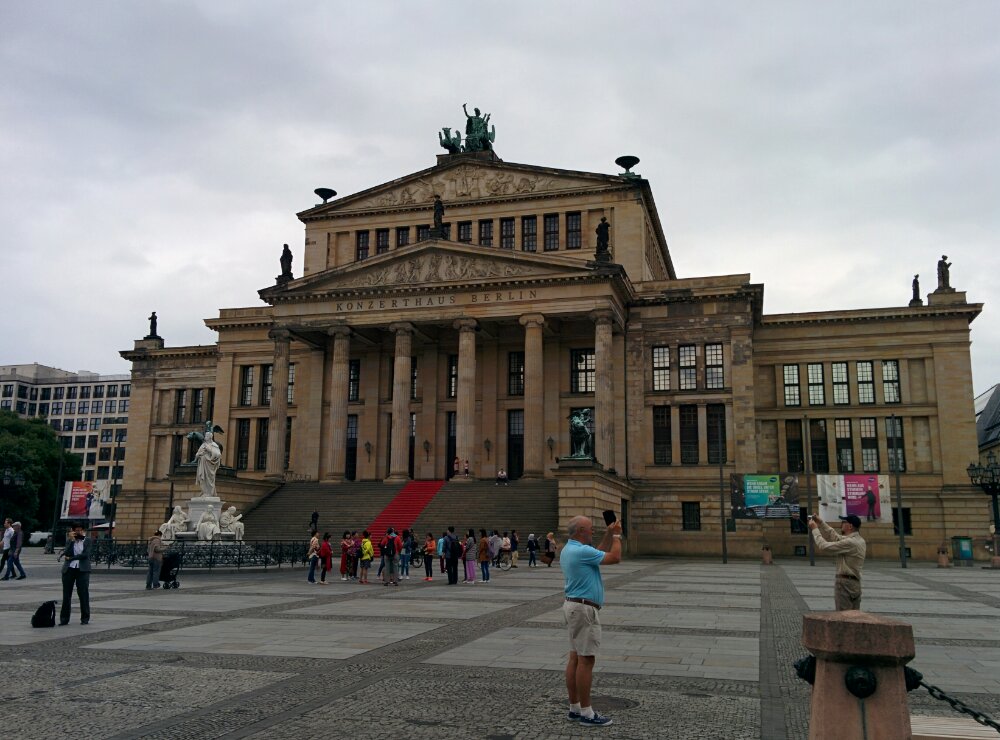 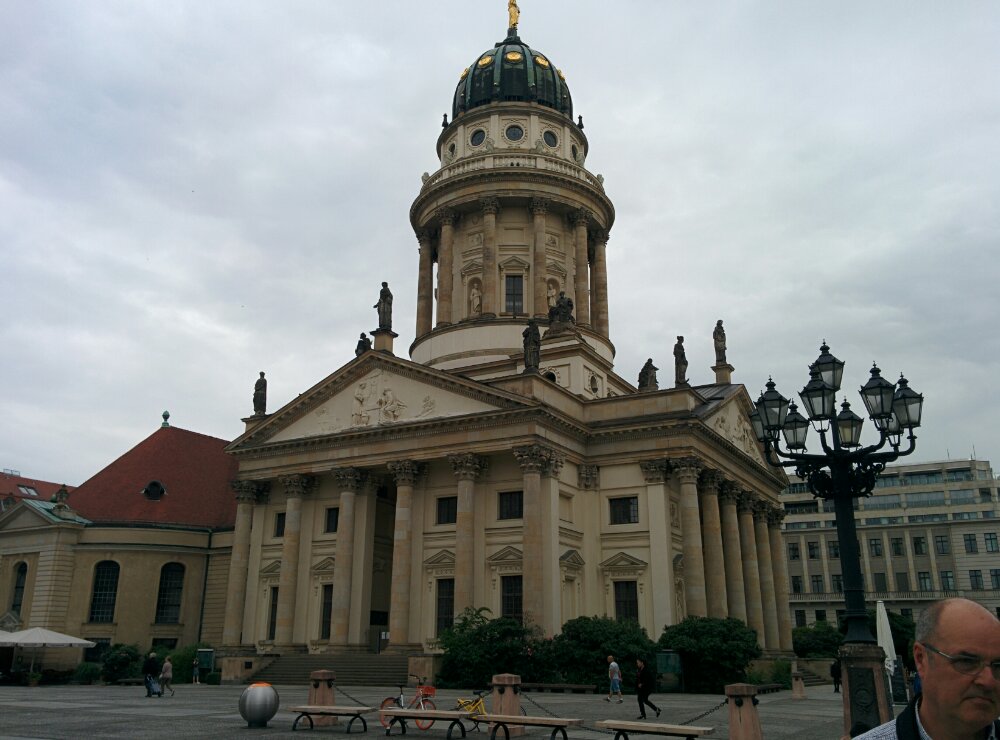 Then a long section of the Berlin Wall that is now used as an art display: 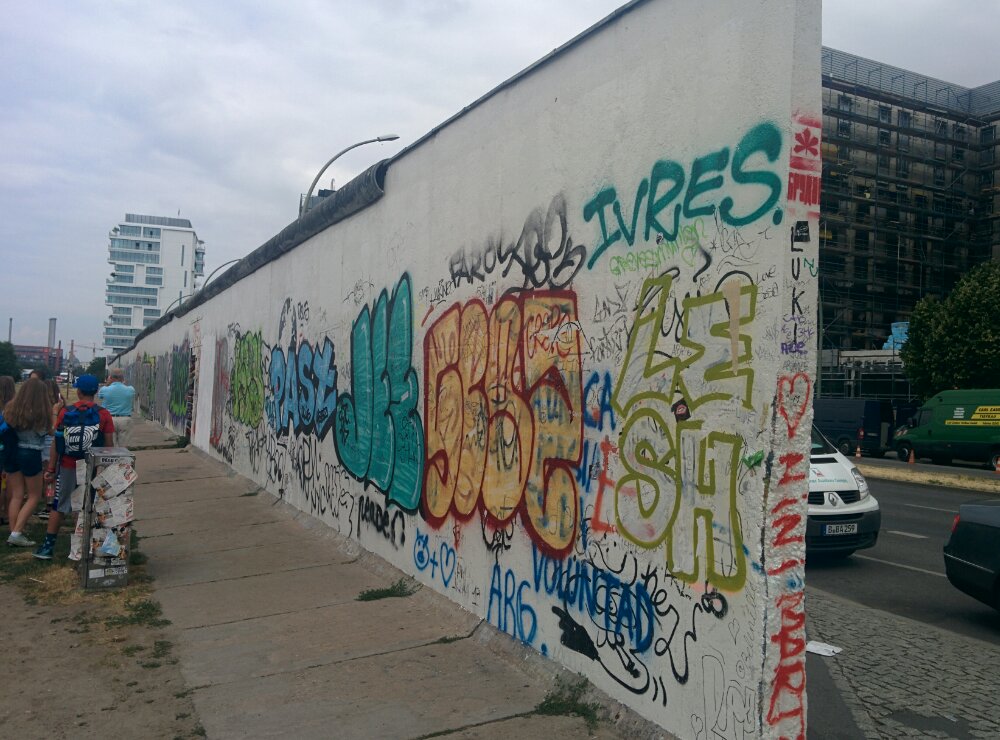 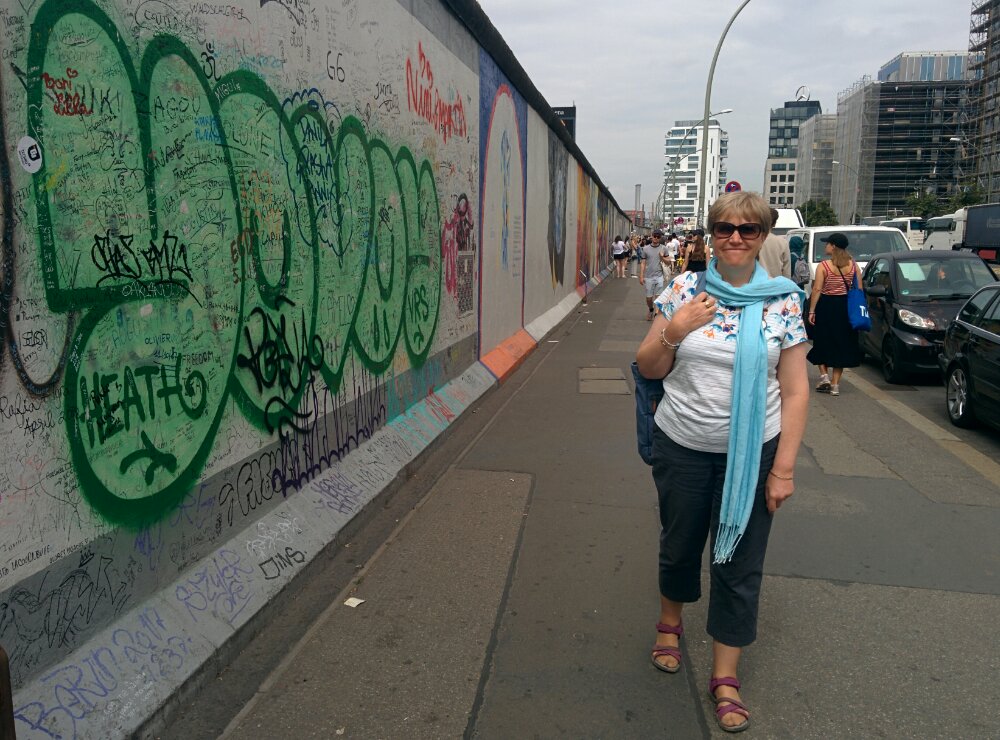 And then a different section of the wall that was left more or less as it was, though fenced to prevent any more souvenirs being taken: 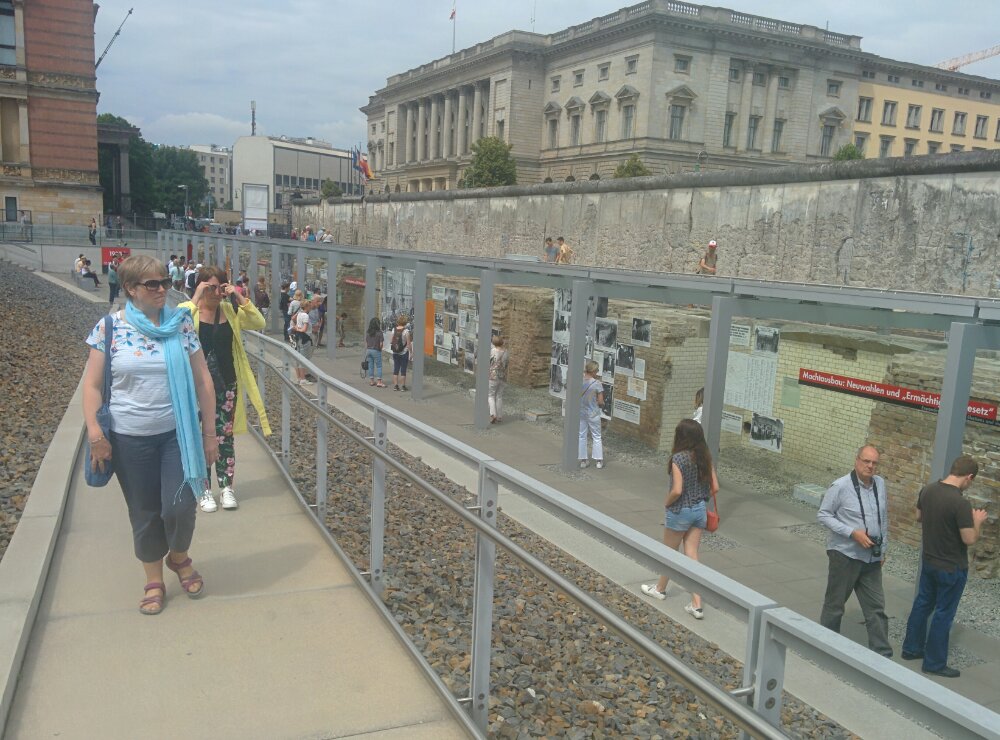 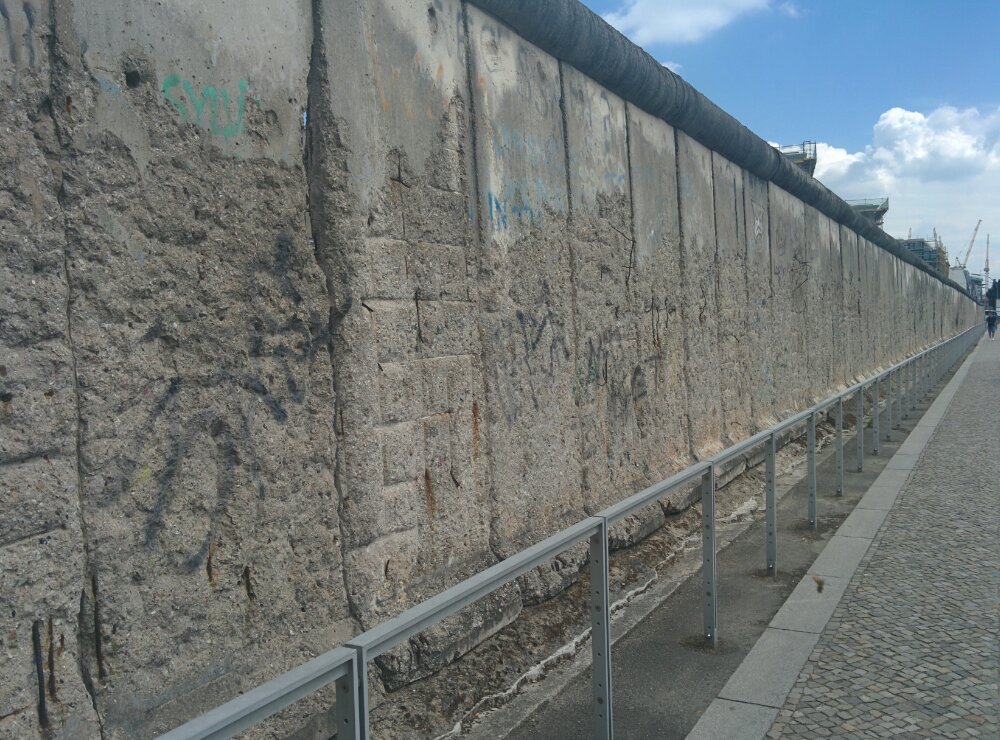 We had a tour of various government buildings, then stopped at the Victory Monument in the Tiergarten: 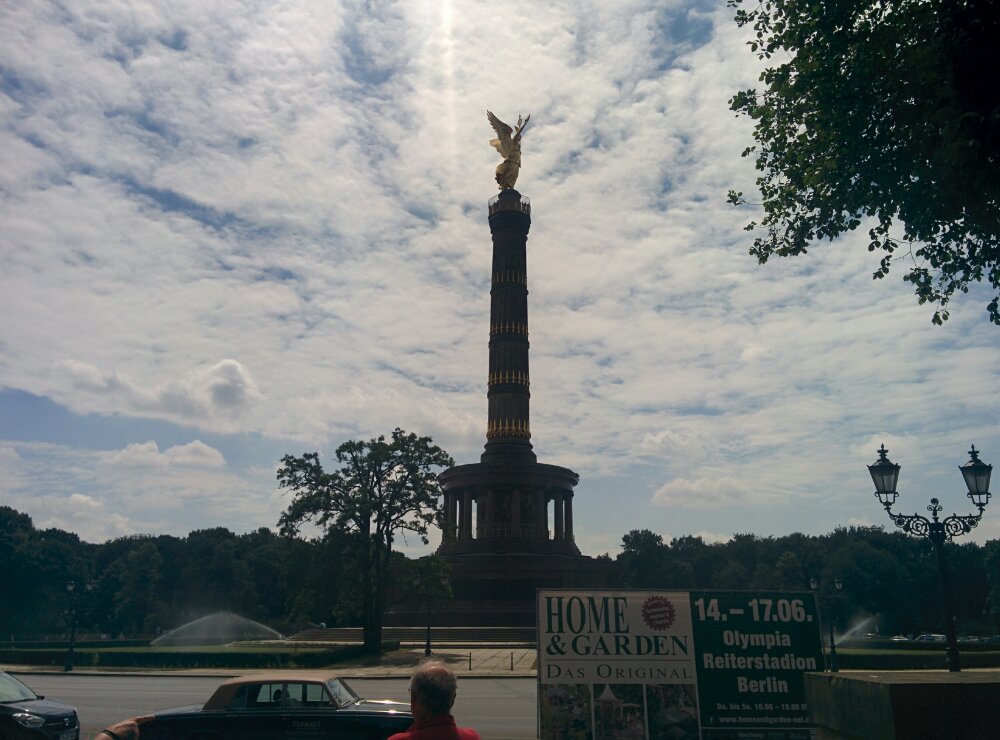 Then we finished the tour and were able to stop for a well earned beer and lunch in Potsdamer Platz: 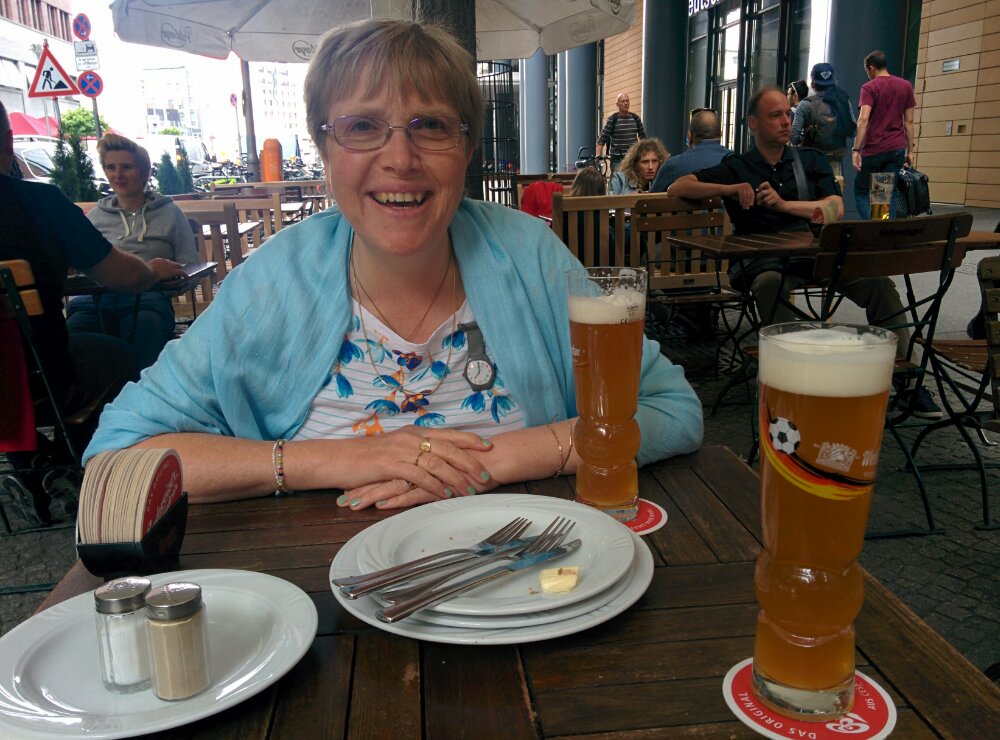 In the afternoon, we walked out of the city through various parks, including a section by the Technical Museum with some very disused railway lines: 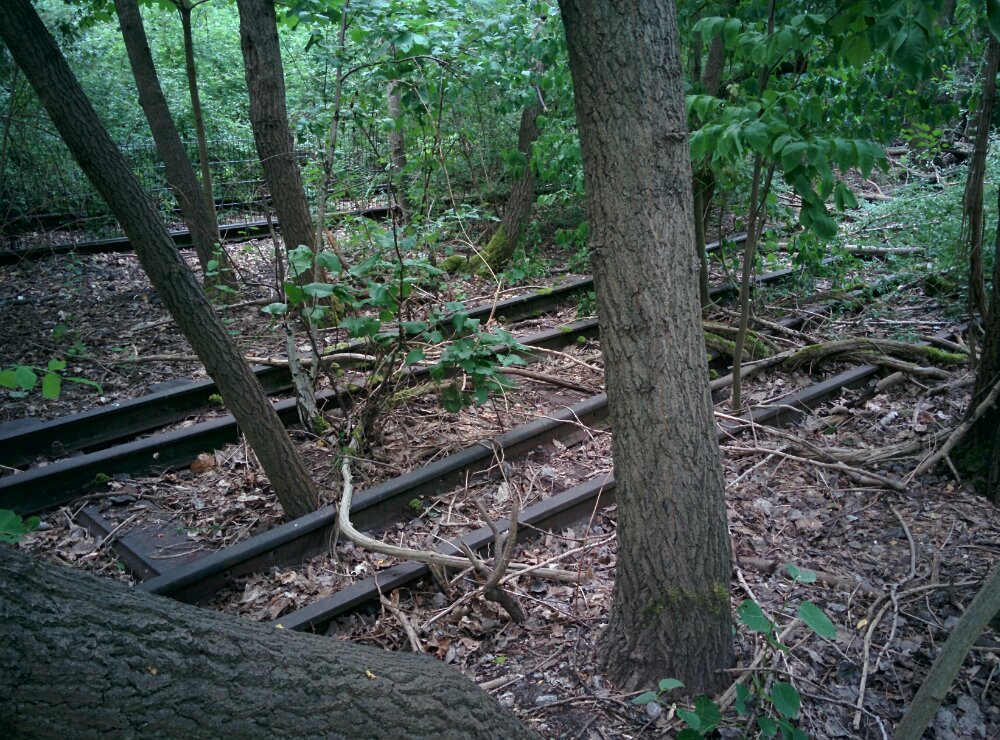 A different park had a lovely waterfall: 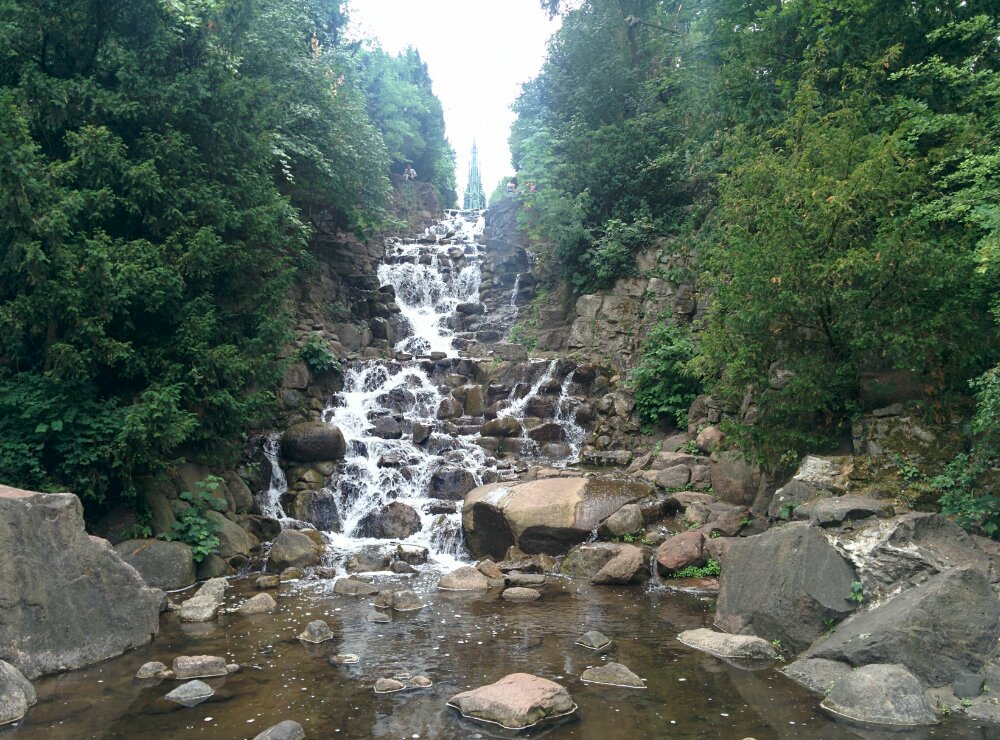 Then we got to the Berlin Airlift memorial at Luftbrücke Platz: 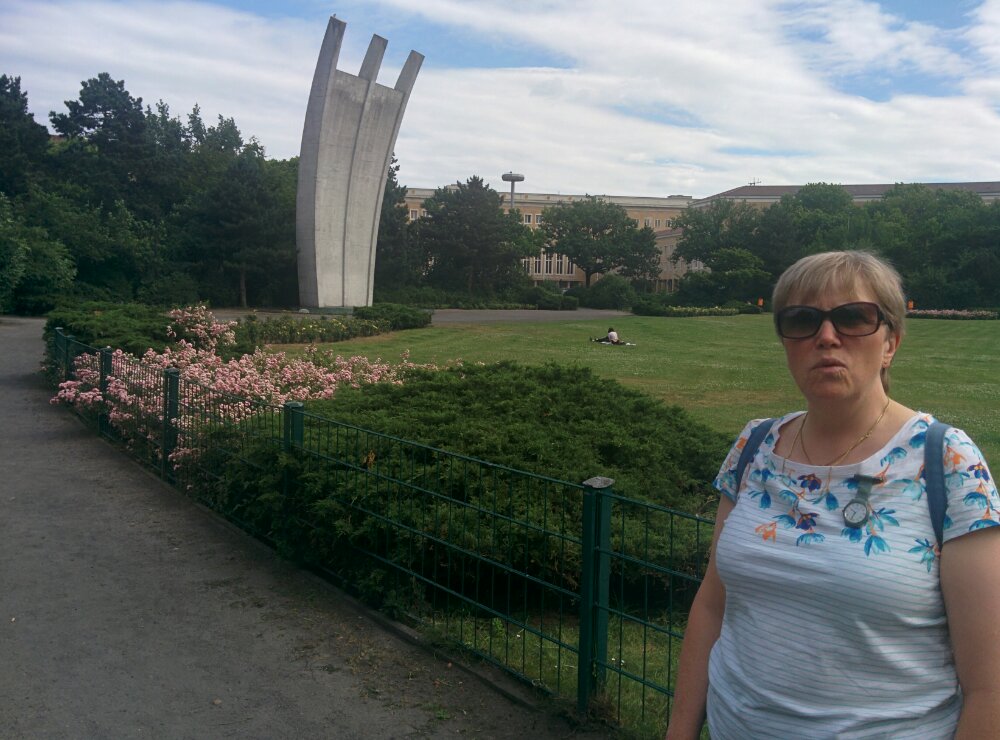 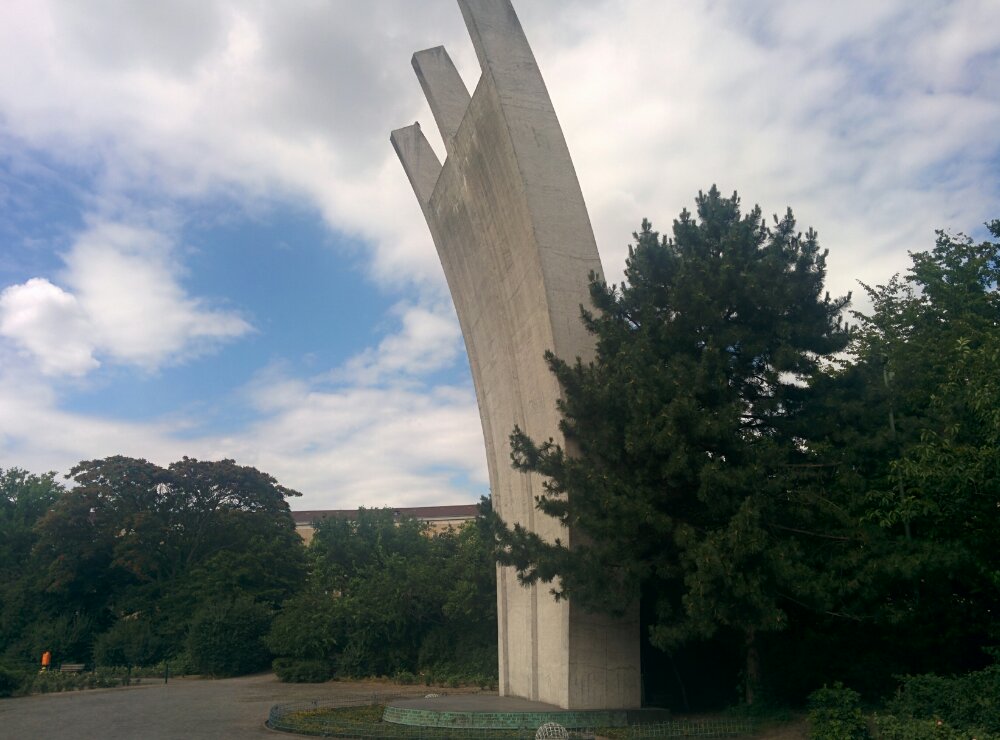 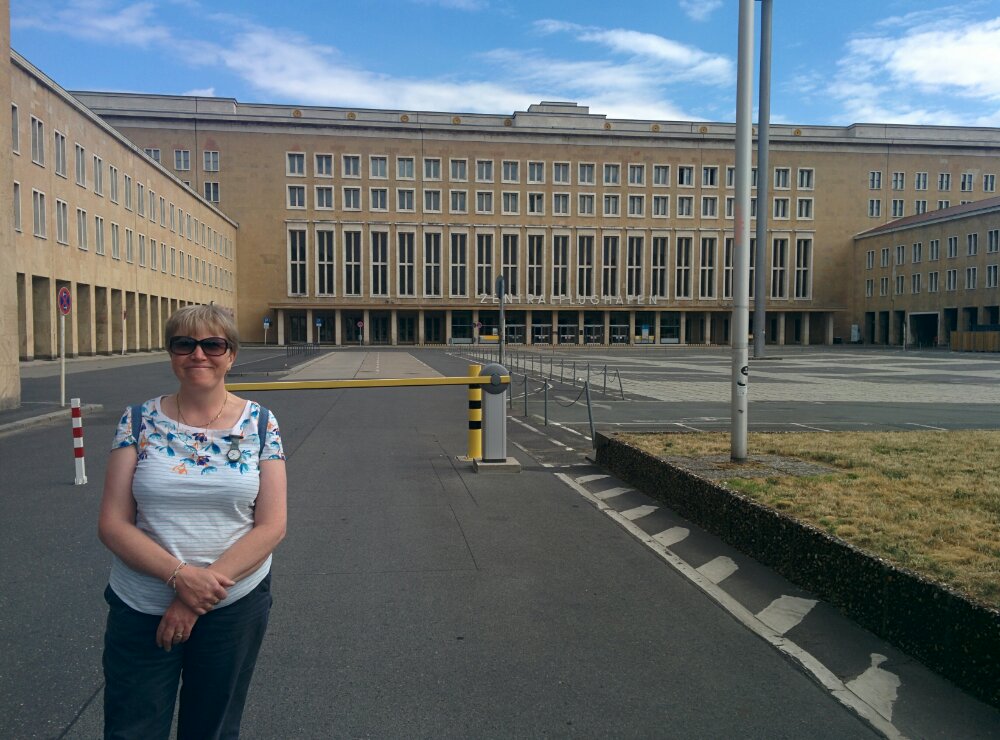 Then on the U-BAHN to Checkpoint Charlie – a rather fake cabin and dressed up soldiers for the tourists: 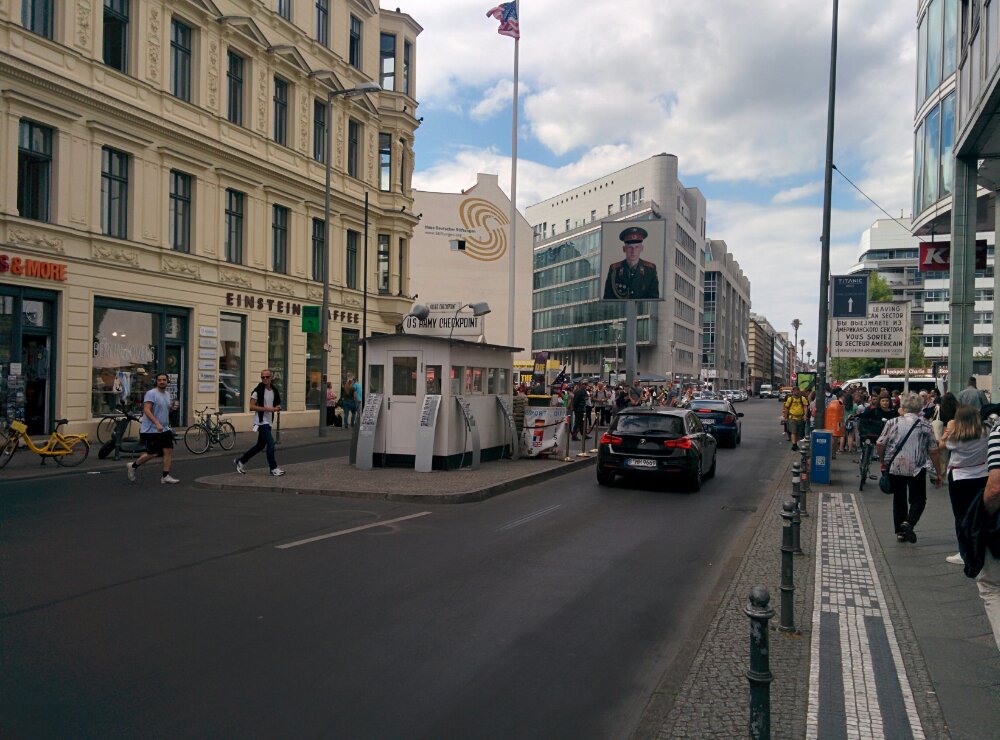 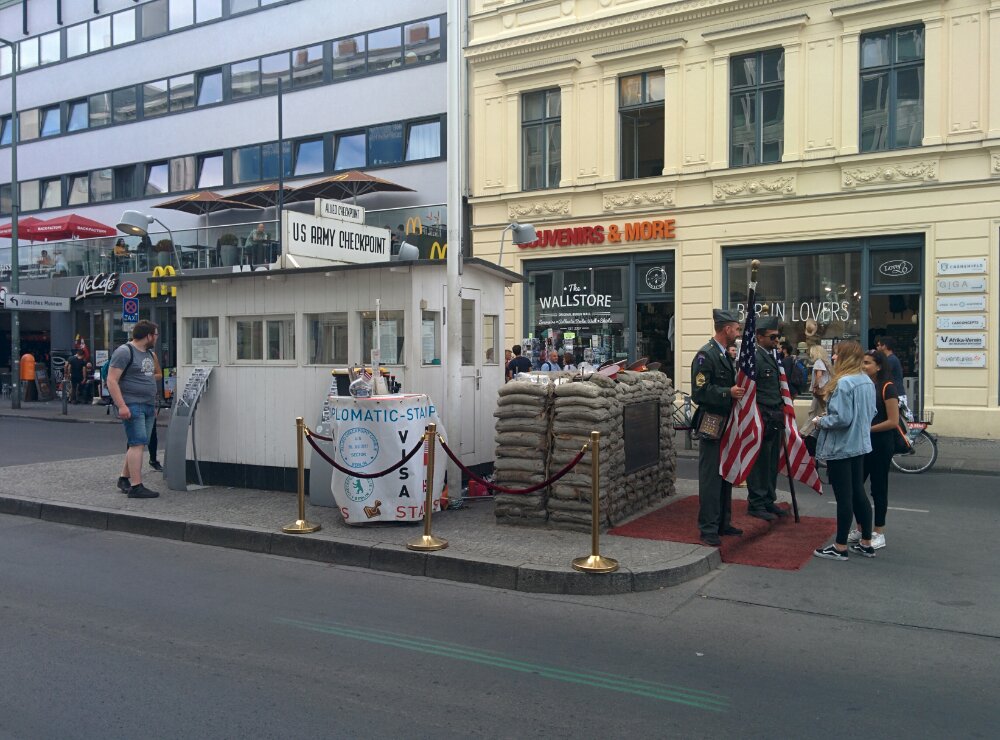 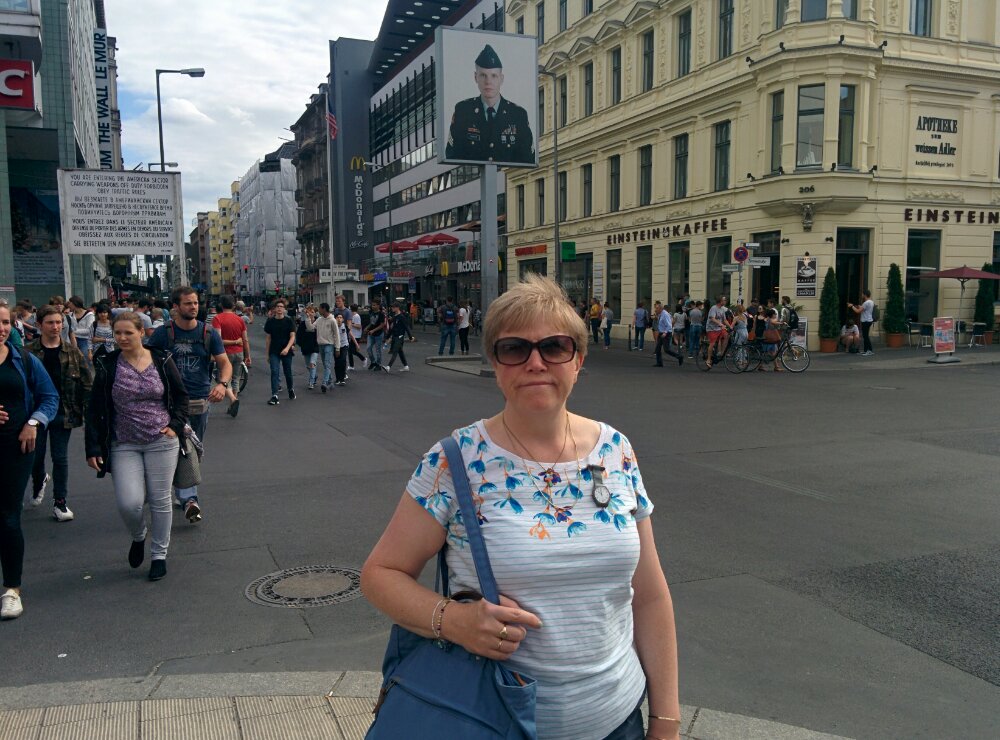 And then back to our hotel! An interesting day.