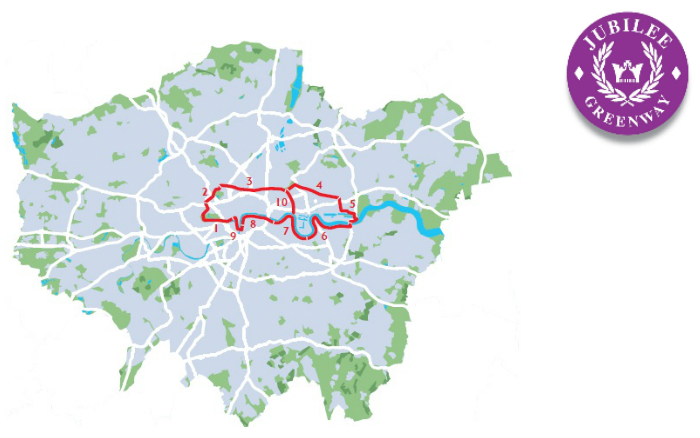 Another sunny day, so we took the opportunity to do the next section of this walk.

We returned to Camden Town station and headed towards the busy Camden Lock market – too many tourists! 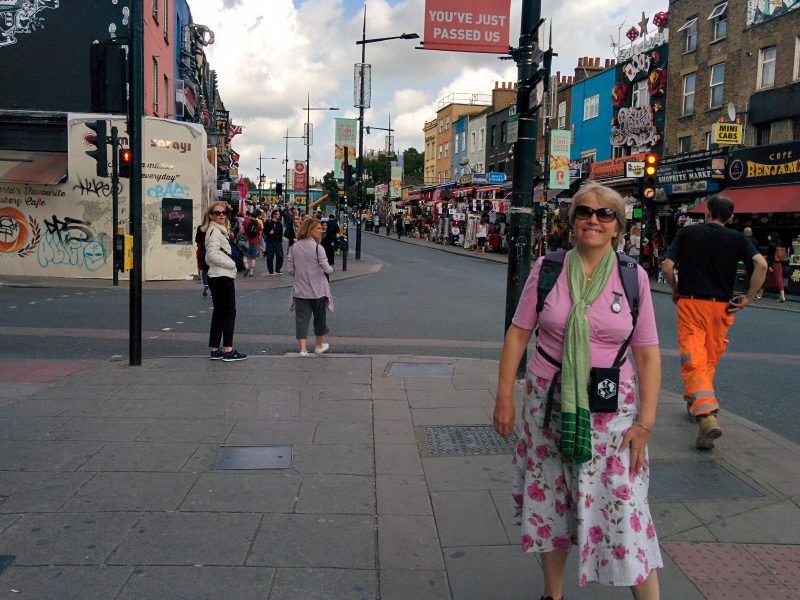 It was quieter by the canal though; this is Hampstead Road Lock: 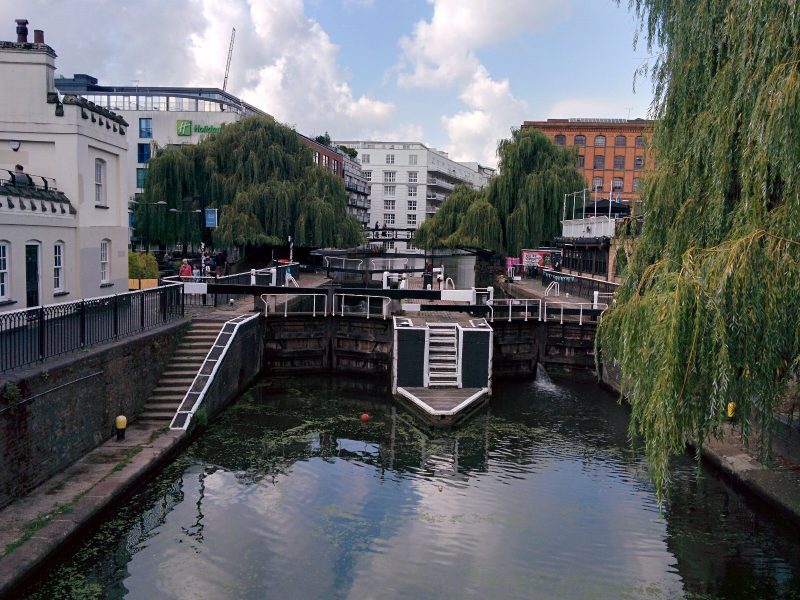 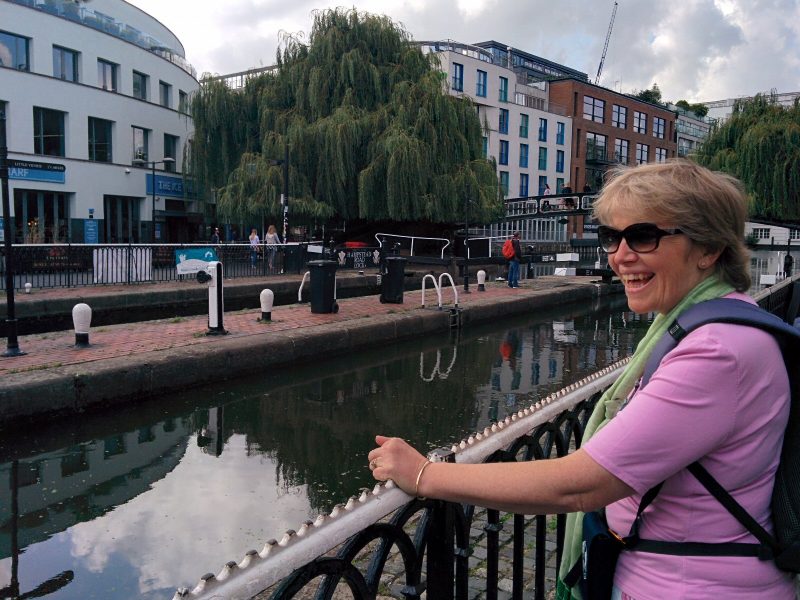 Unfortunately, the towpath onward was closed due to building work, but circumnavigating the streets to rejoin the canal, we found this lovely green wall: 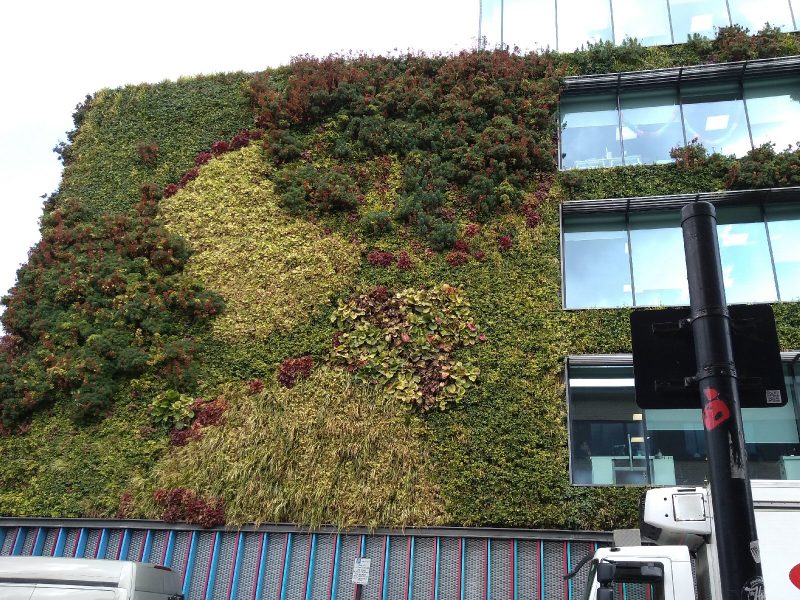 Then finally, we were back on our route along the canal: 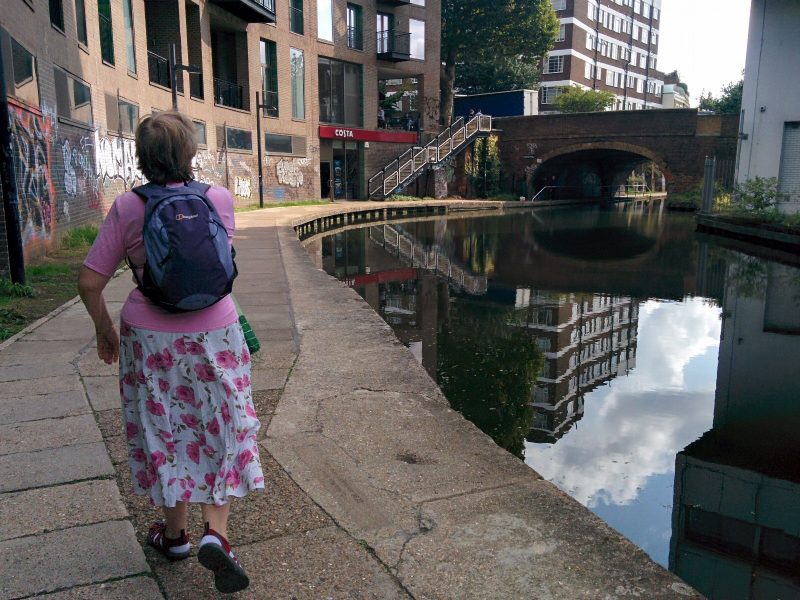 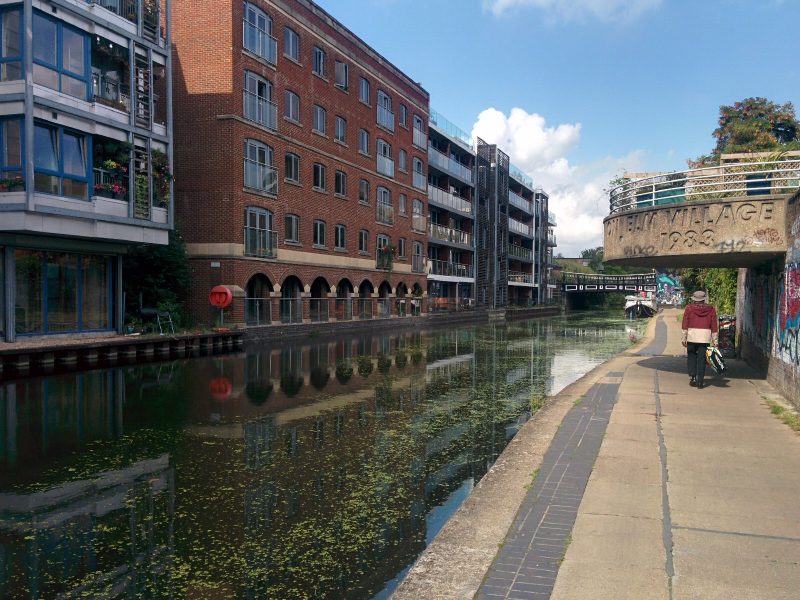 Next stop was St Pancras Basin, with some interesting re-purposing of the old gas holders: 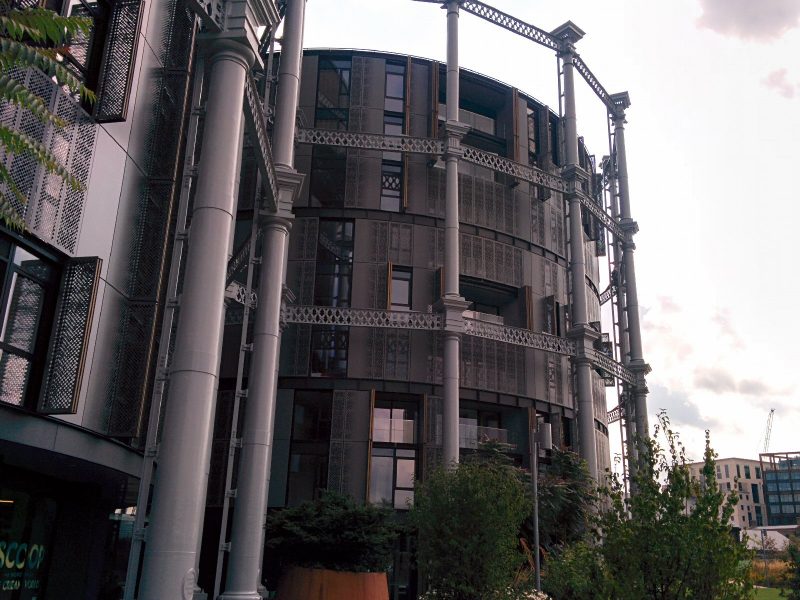 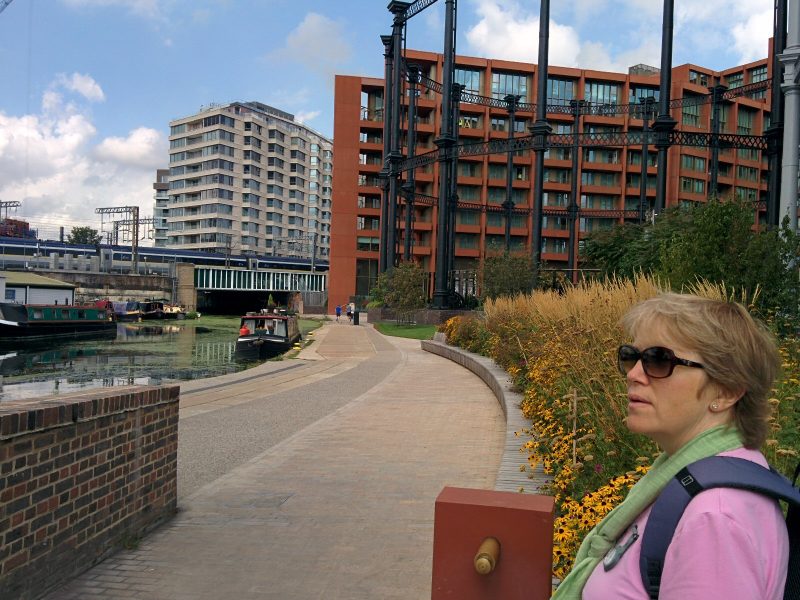 We watched a Eurostar come into St Pancras; very much the old and the new together: 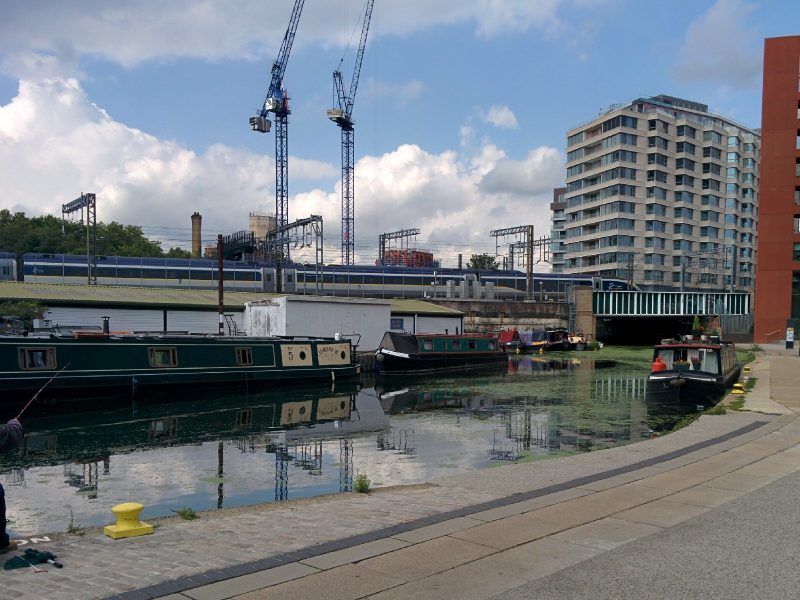 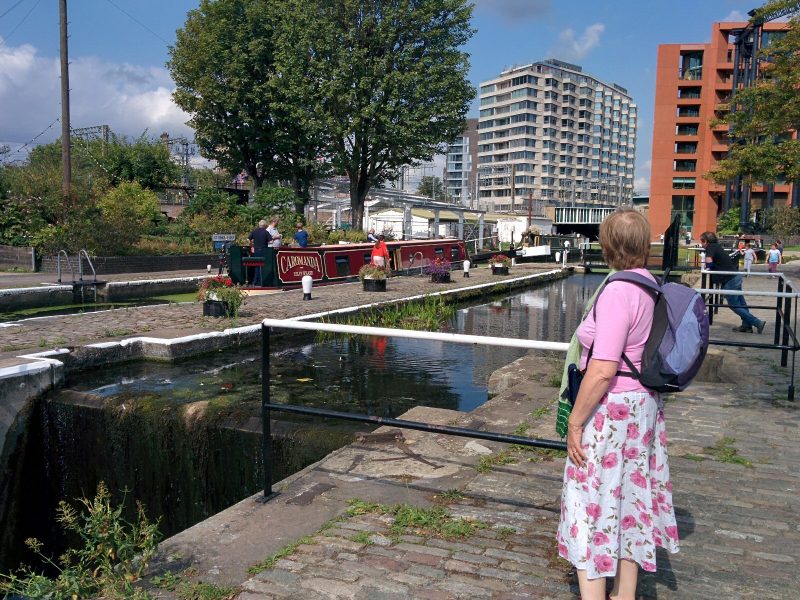 Further on, we reached the Islington Tunnel, and had to divert over it. This was a much nicer diversion than with the earlier Maida Hill Tunnel, leading through a quiet housing estate and the busy (but not touristy) Chapel Market: 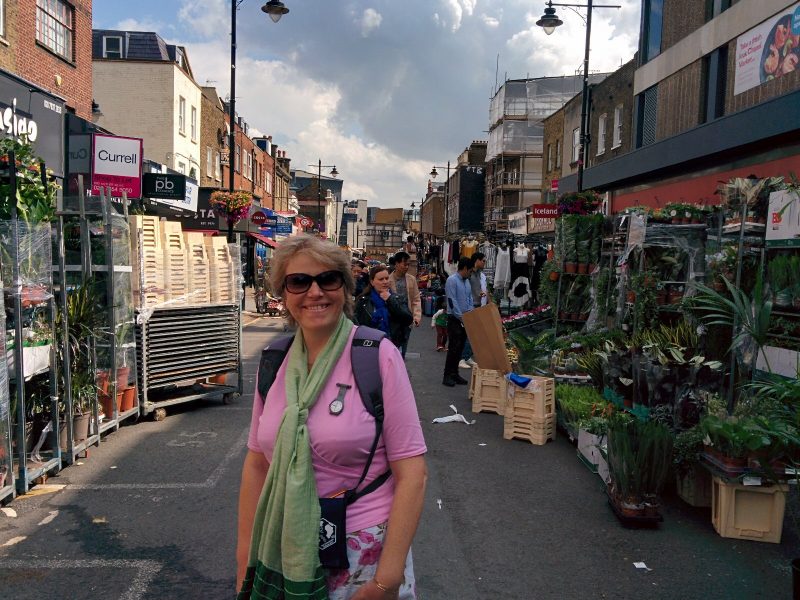 After some lunch, we rejoined the canal at the east end of the tunnel: 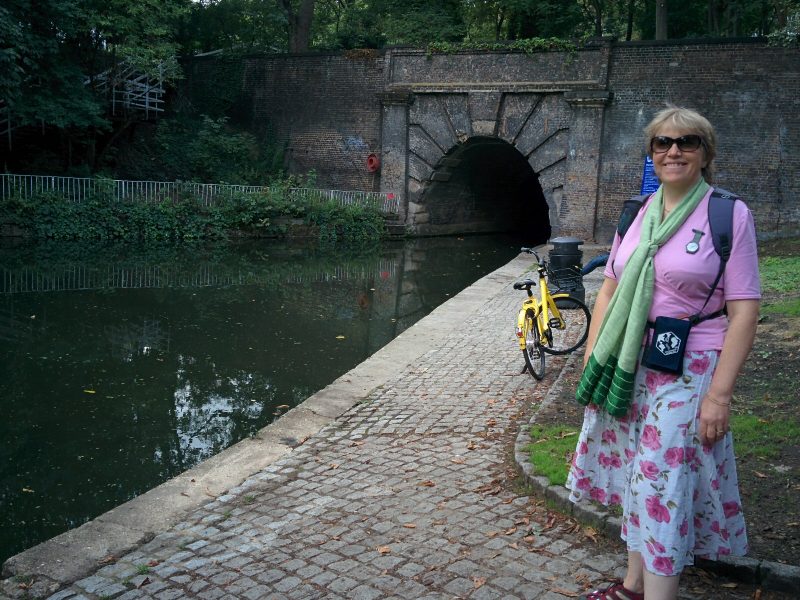 and followed the ever changing canal onwards through the Shoreditch area: 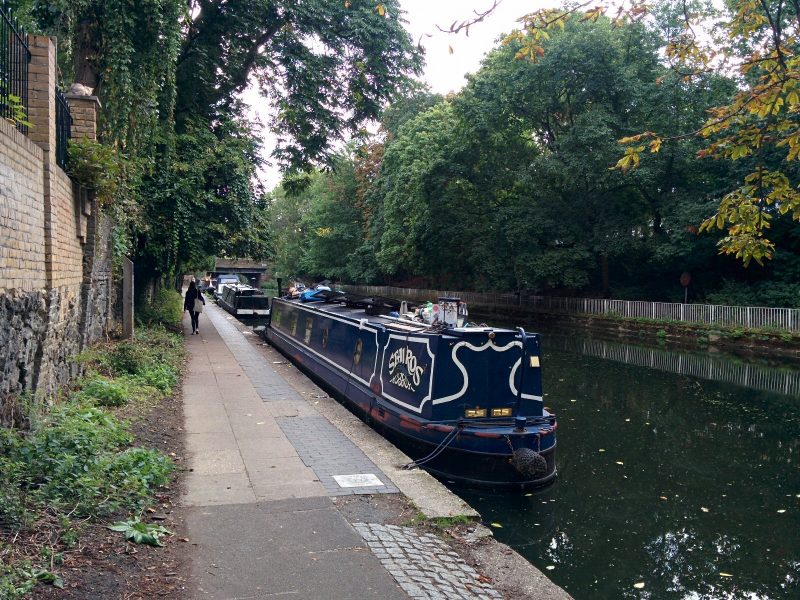 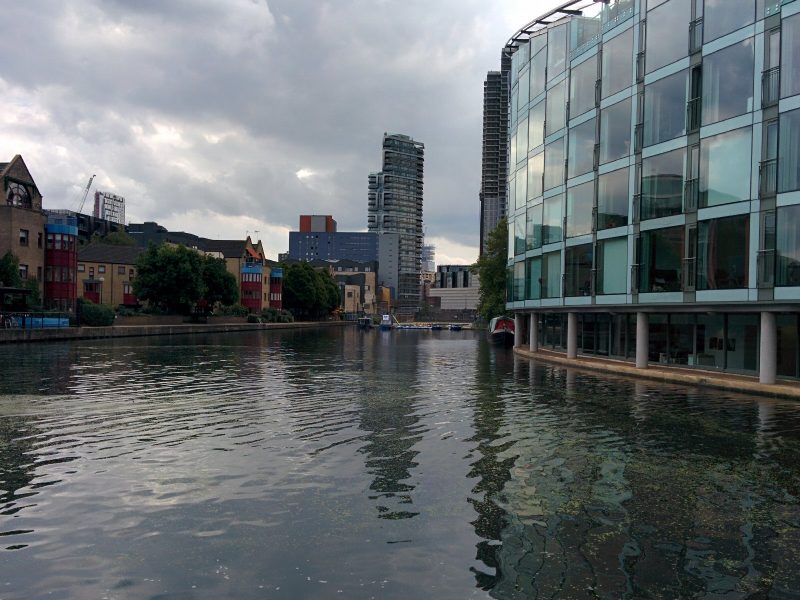 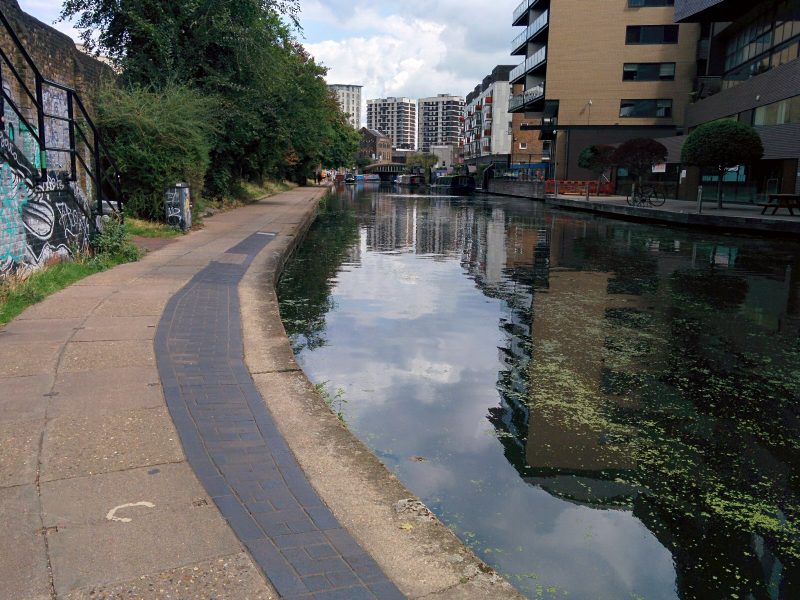 We should have turned off into Victoria Park, but instead followed the Hertford Union Canal for a bit before getting to the park: 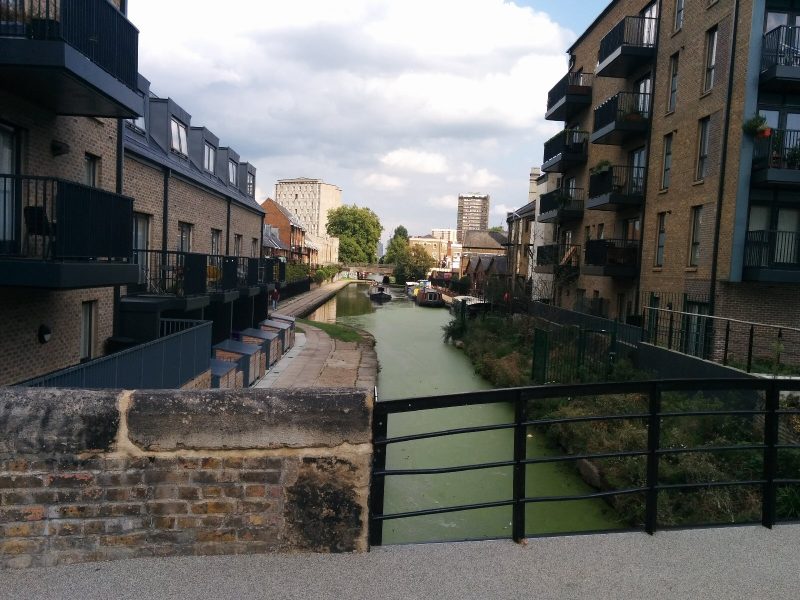 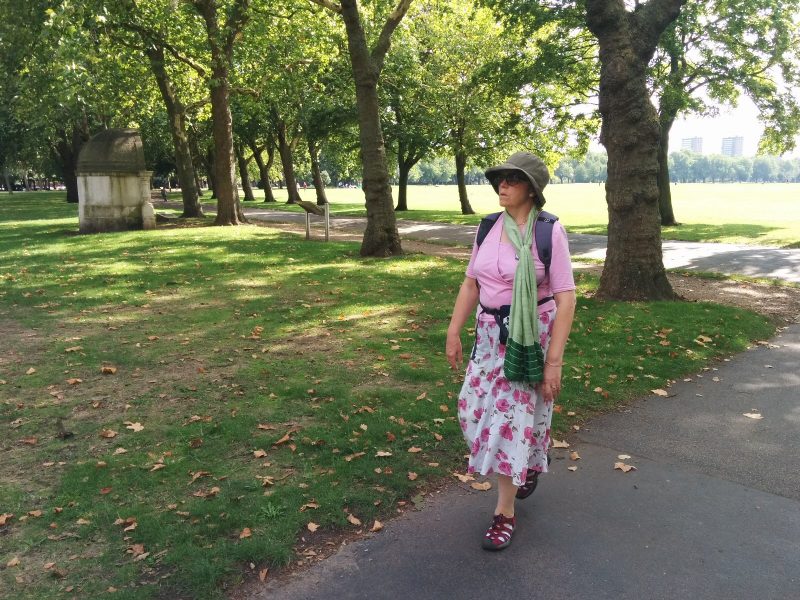 “Victoria Park covers 218 acres and was originally laid out by Sir James Pennethorne between 1842 and 1846; he had been a pupil of the architect, John Nash, and was himself Architect to the Commissioners of Woods and Forests. Victoria Park’s design was much inspired by Nash’s work at Regent’s Park.”

After a nice cup of tea in the park cafe, we braved the footbridge over the A12 and the rough end of Hackney to reach Hackney Wick station and the train(s) home: 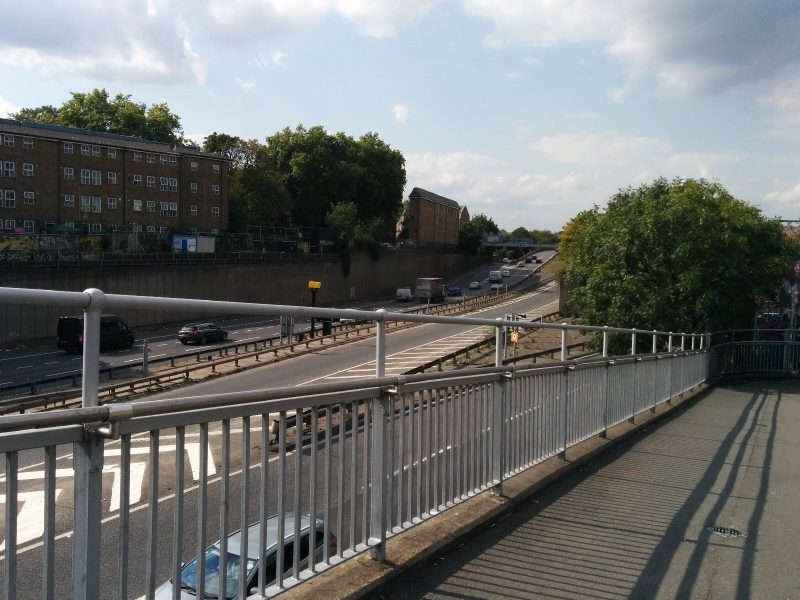 For more information on the Jubilee Greenway, see https://tfl.gov.uk/modes/walking/jubilee-greenway