Another nice day today, though a bit cooler to start with.

We thought we’d have the waterways to ourselves again, but being a Monday on a more commercial part of the river, this proved to be anything but the case!

A large barge “pulled out” in front of us, and we ended up sharing locks… 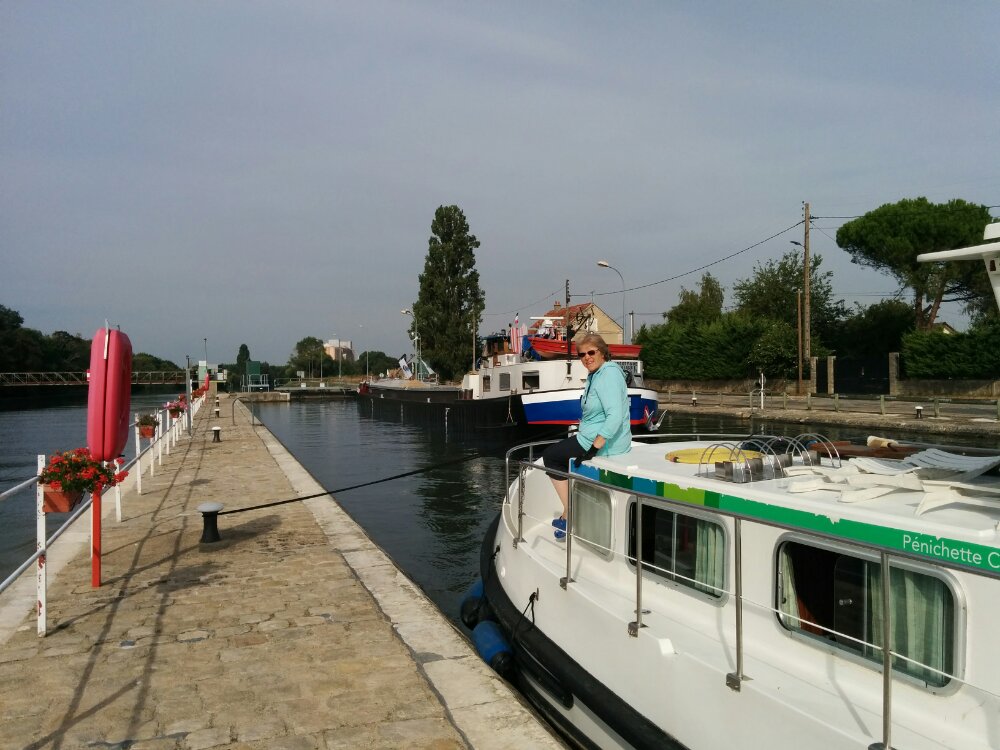 Luckily the lock was even larger!

We then reached the River Seine, and ended up sharing the largest lock I’ve seen with TWO barges… 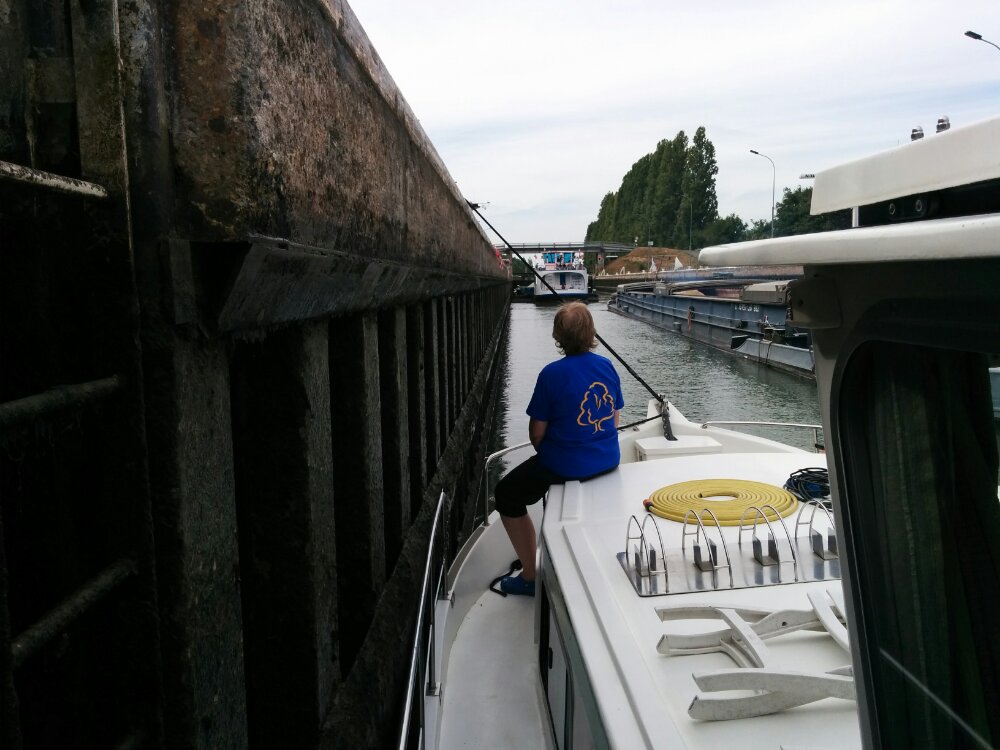 All quite different to what we are used to on the ‘canals’, and it was a relief to leave the River Seine for the Canal du Loing.

The first lock had the gates closed and a red ‘traffic’ light. So we moored up and tried to phone the French canal people and ask what a “Navigation programmée” was. No answer, so we stopped at the jetty just outside the lock and then the gates opened. The lock keeper explained that the next 18 locks were automatic, and gave us a remote control to open them. He then helped us through the first lock.

We hadn’t read the instructions fully by the next lock, so pushed the button, the gates opened, and we went in. As we were locking up, we should have dropped someone off first to loop the mooring ropes, so I ended up climbing the ladder in the lock wall… One we were secure, we pulled a rod up and the gates closed, the lock filled, the top gates opened, and we left the lock.

We did things properly for the next couple, and are now moored up for the night. 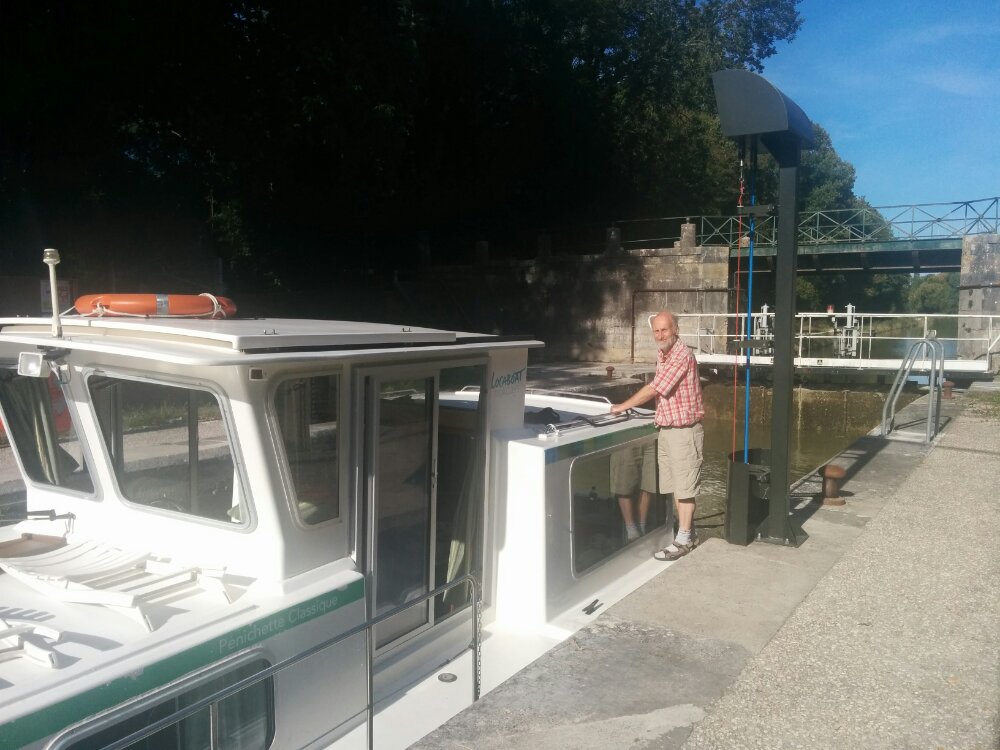