It was a lovely morning today, so we decided to explore a nearby area that we’d not visited for a while.

The first part was following the Gloucester and Sharpness Canal towpath – luckily this bit wasn’t a construction site like some of the other bits of the towpath. 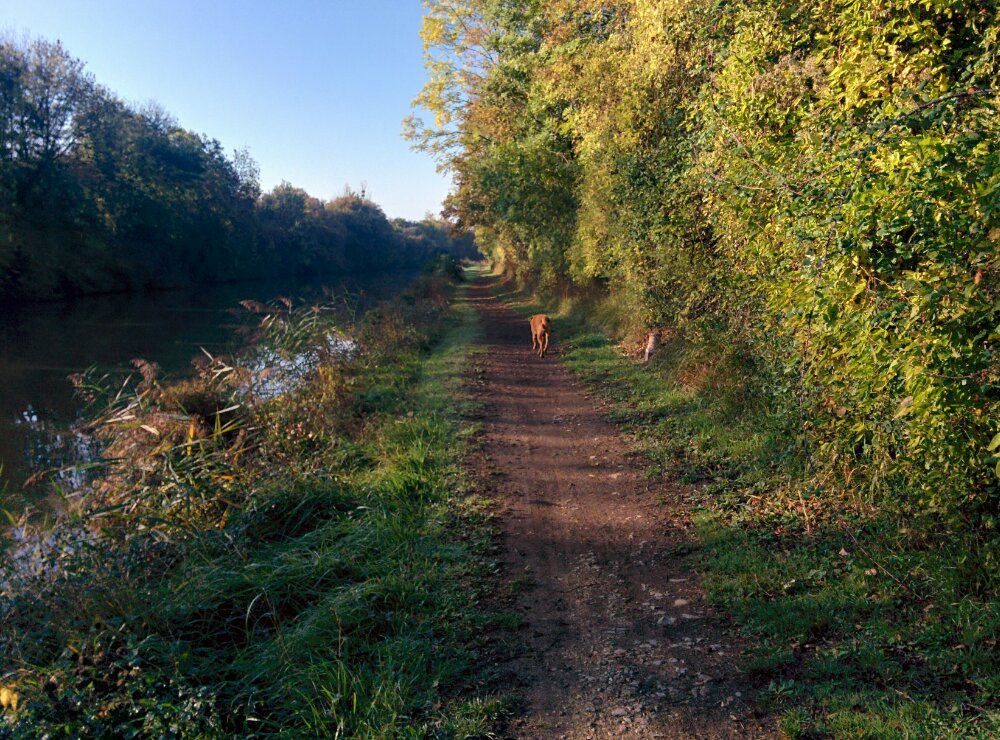 Then it was upwards to Hockley Hill: 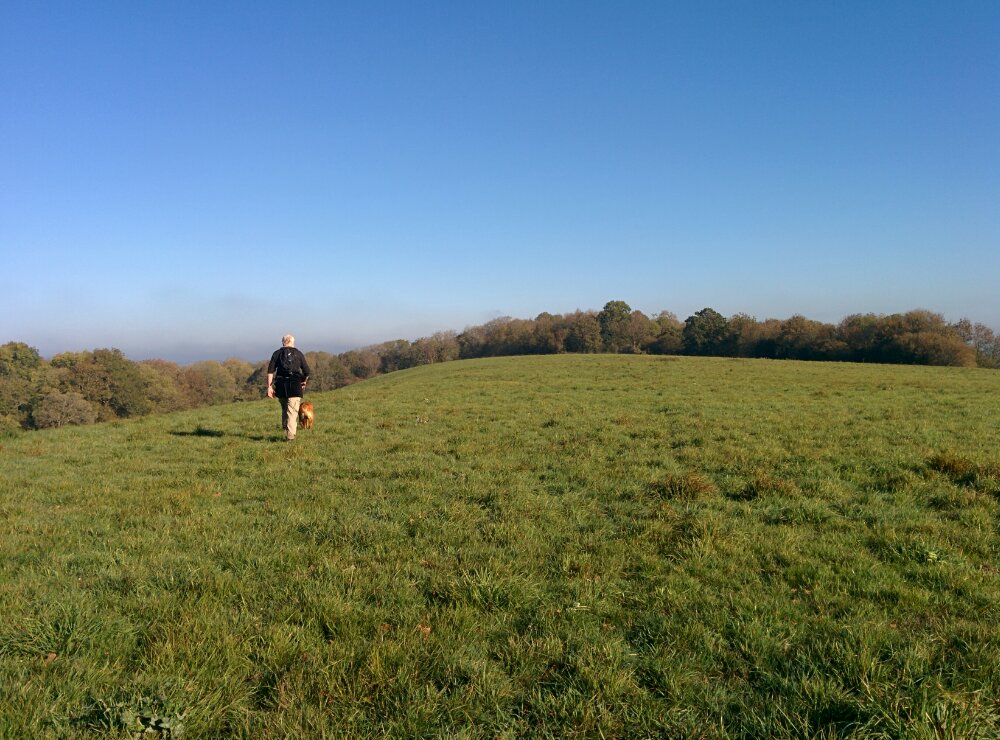 And through some woods, where Toby enjoyed chasing the pheasants. 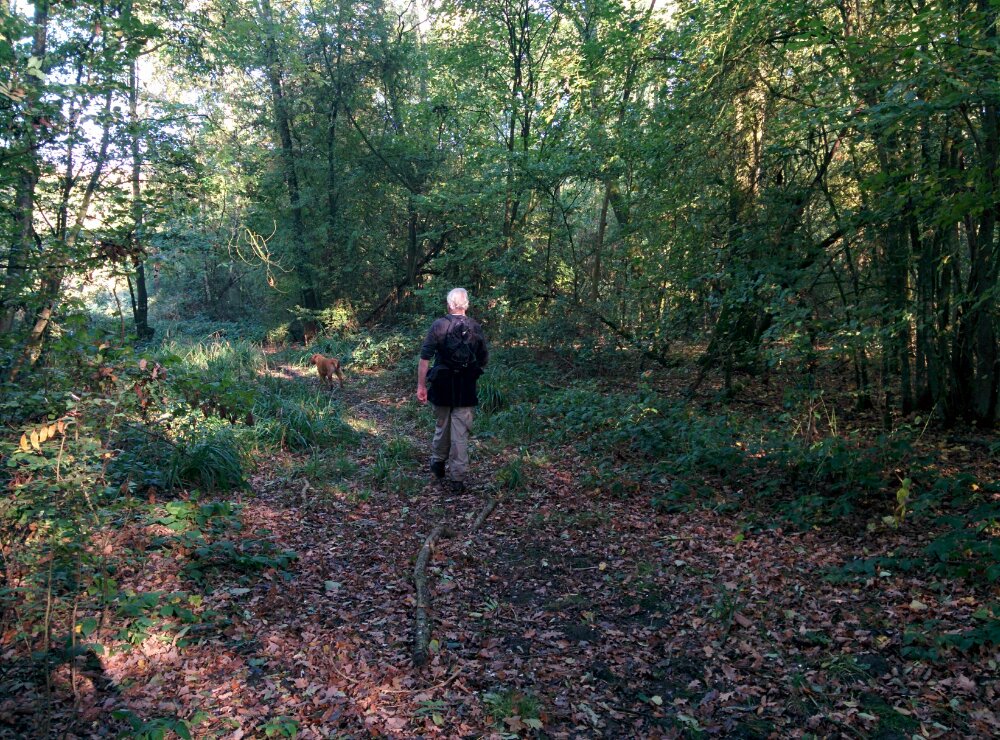 We then found a few geocaches and stopped for a well earned break: 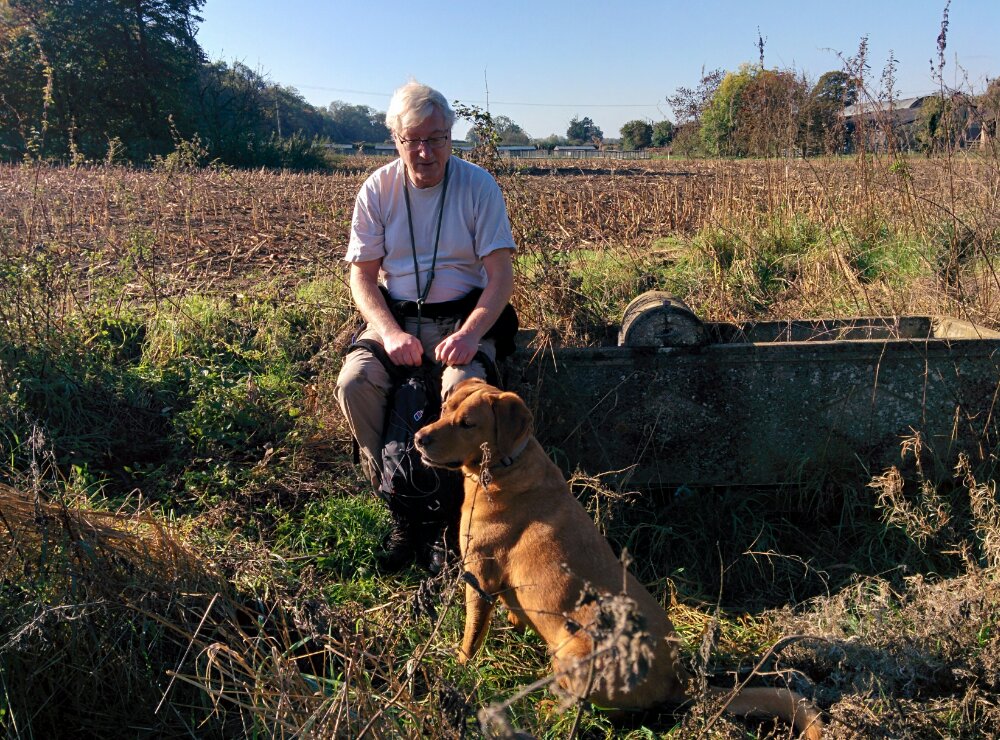 From here on, we had a lot of difficulty finding the footpaths, most of which had been blocked off. After retracing our steps several times, we headed along a bridleway only to be stopped by serious gates: 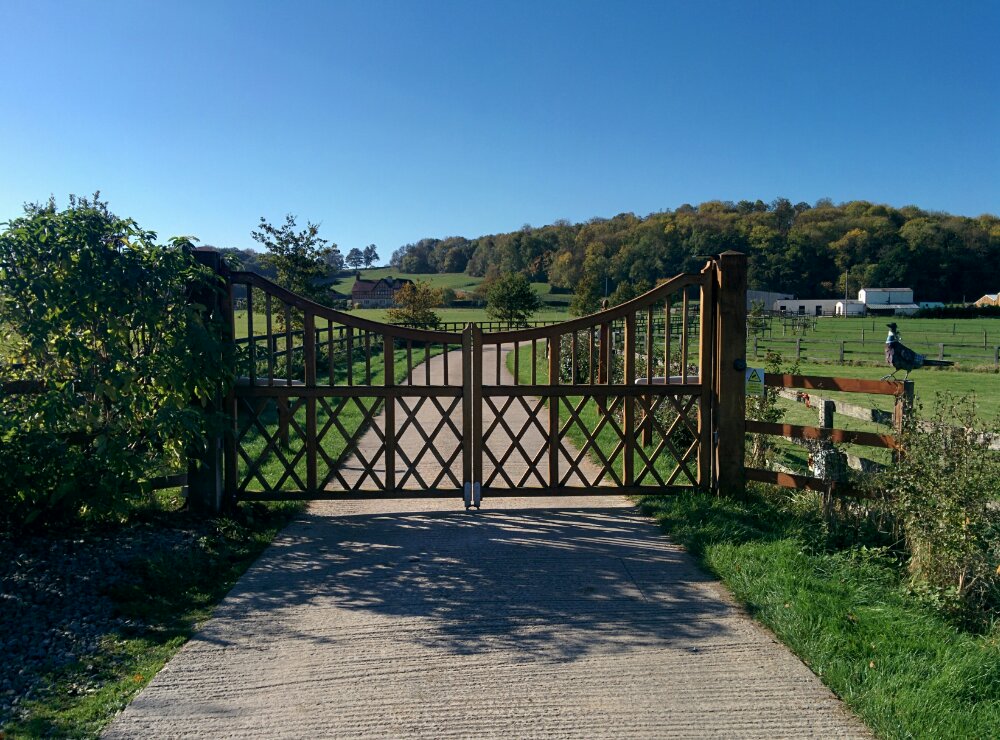 A complaint will be going into the local council…

So we were forced to walk back on the road, and after a refreshing pint at the pub, we returned home for lunch.