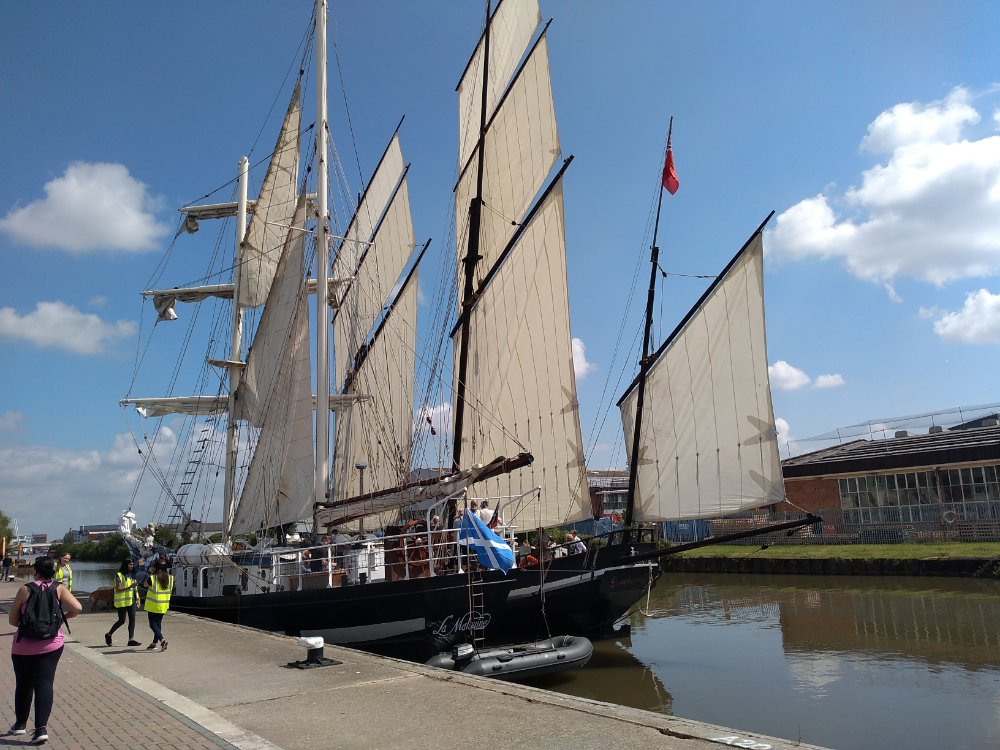 A bit later on, they then came past us into the docks: 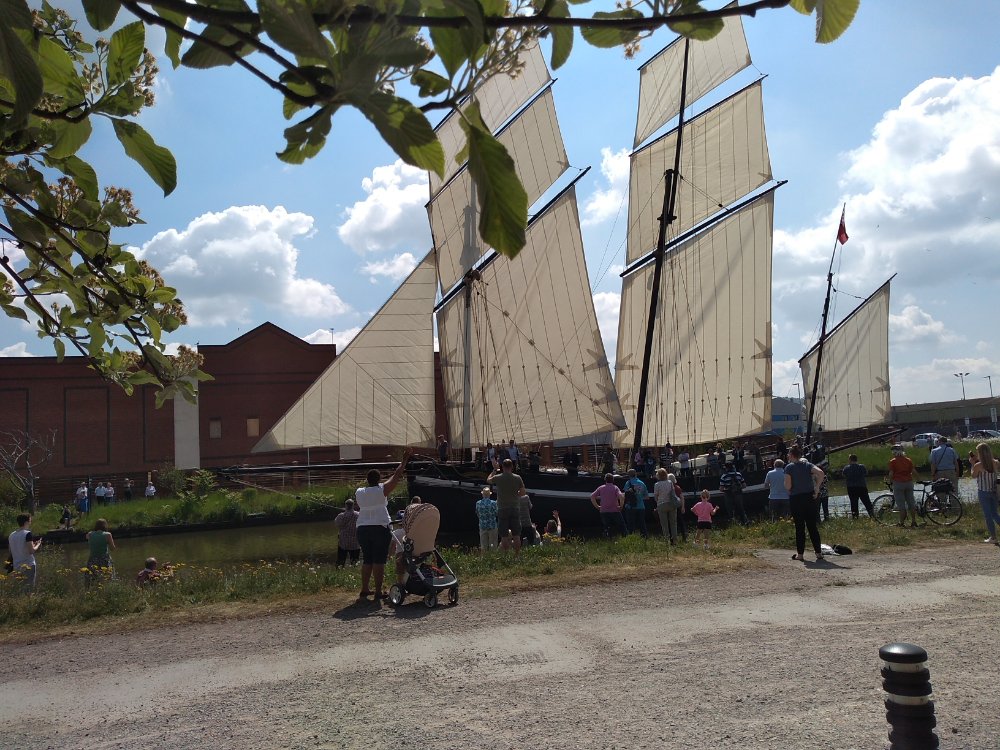 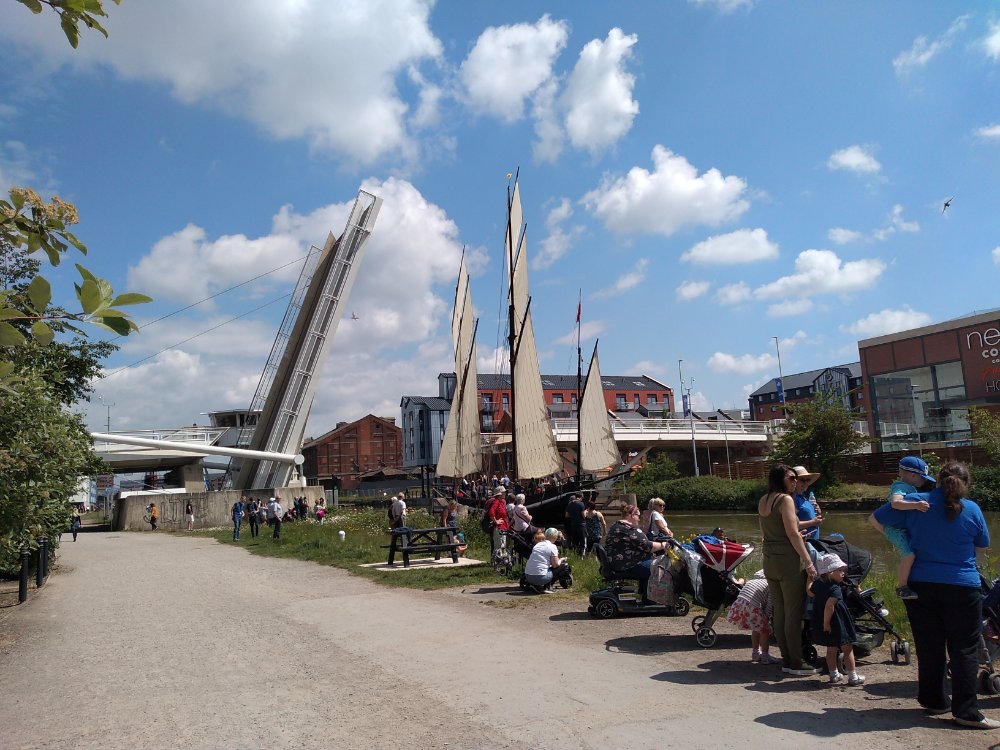 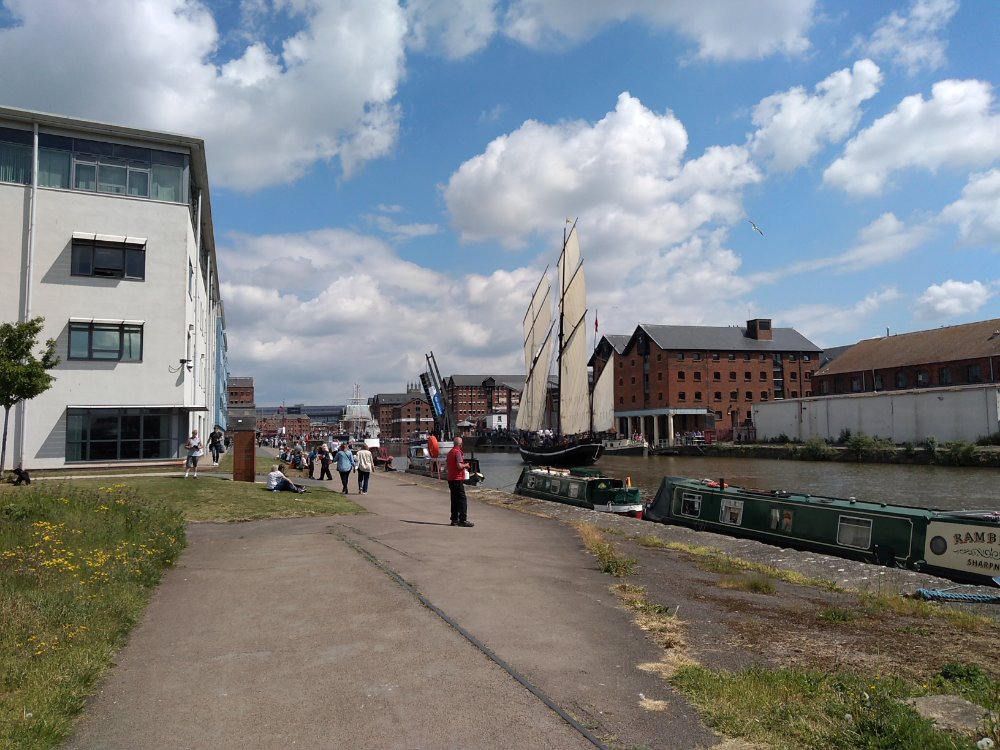 We found a beer in the shade and watched them get moored, helped by a couple of RIB’s (which didn’t help much) and a tug (which did). 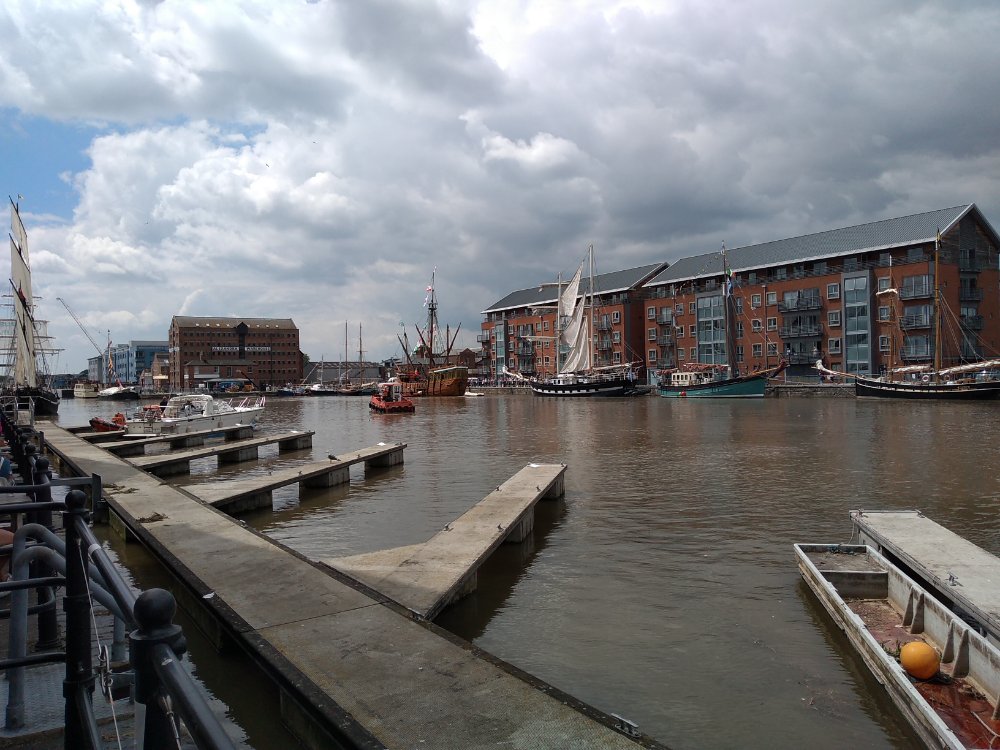 The dogs were a bit bored by this time, so we went via the cathedral to another pub: 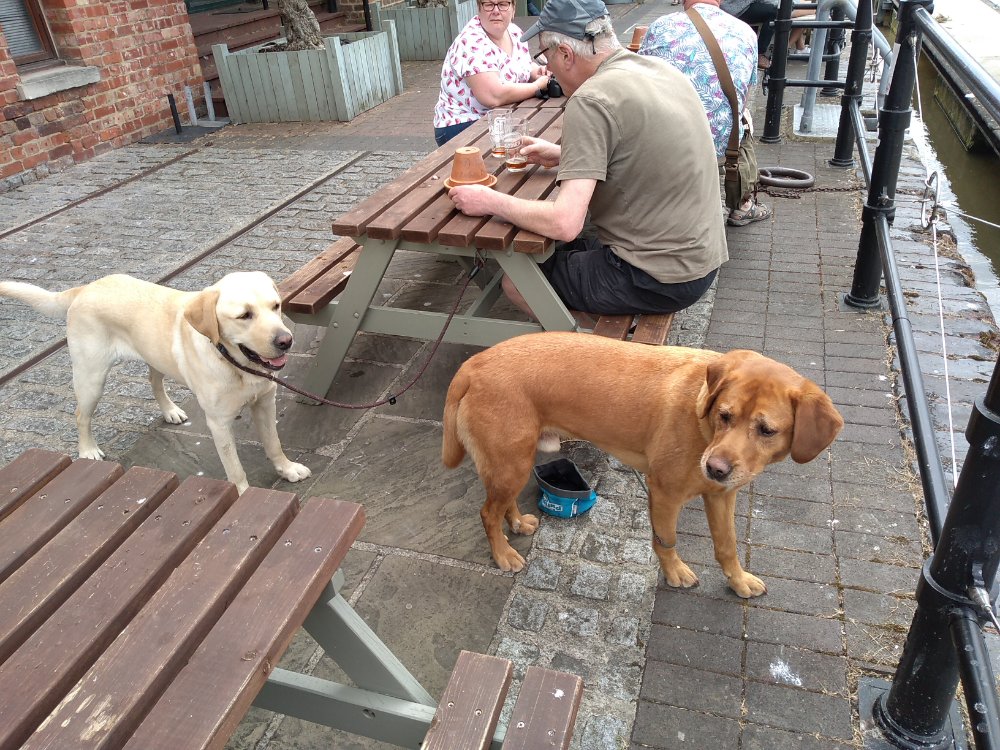 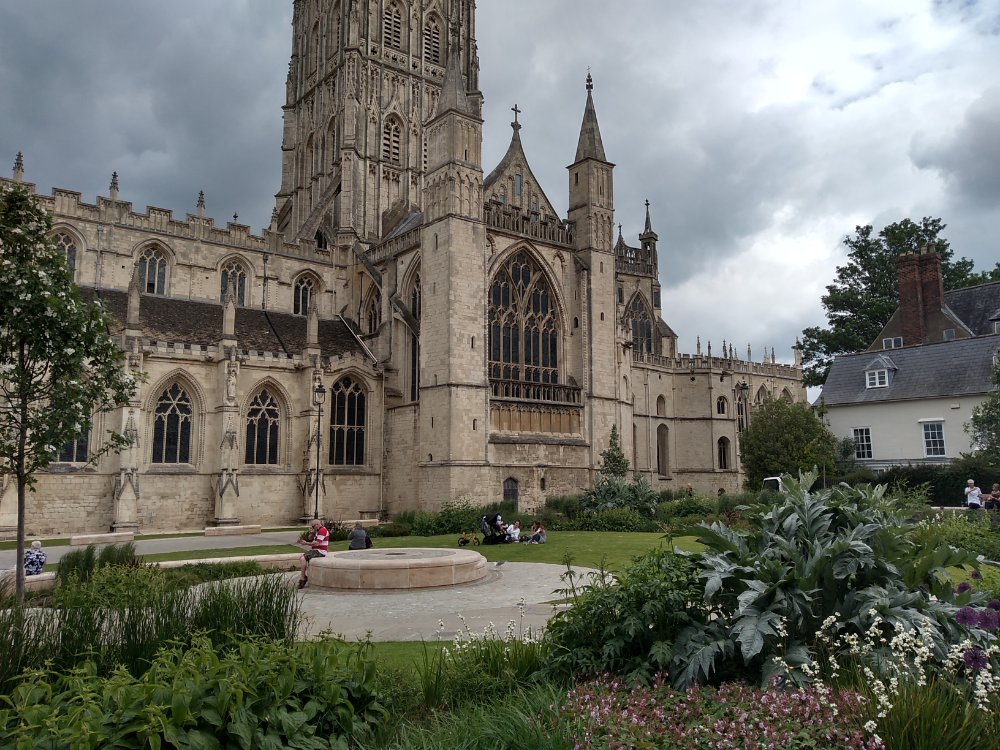 Nice beer in this pub, but no food, so on to a third: 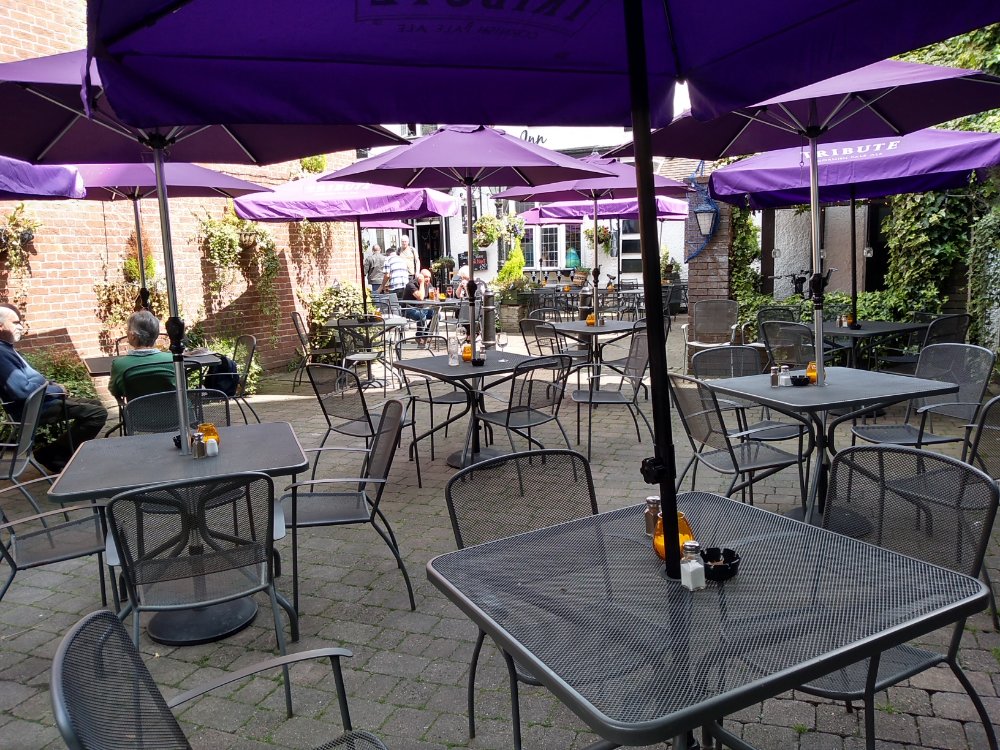 An excellent beer and some ham and chips filled a hole, so back to the docks for a final beer before the walk home: 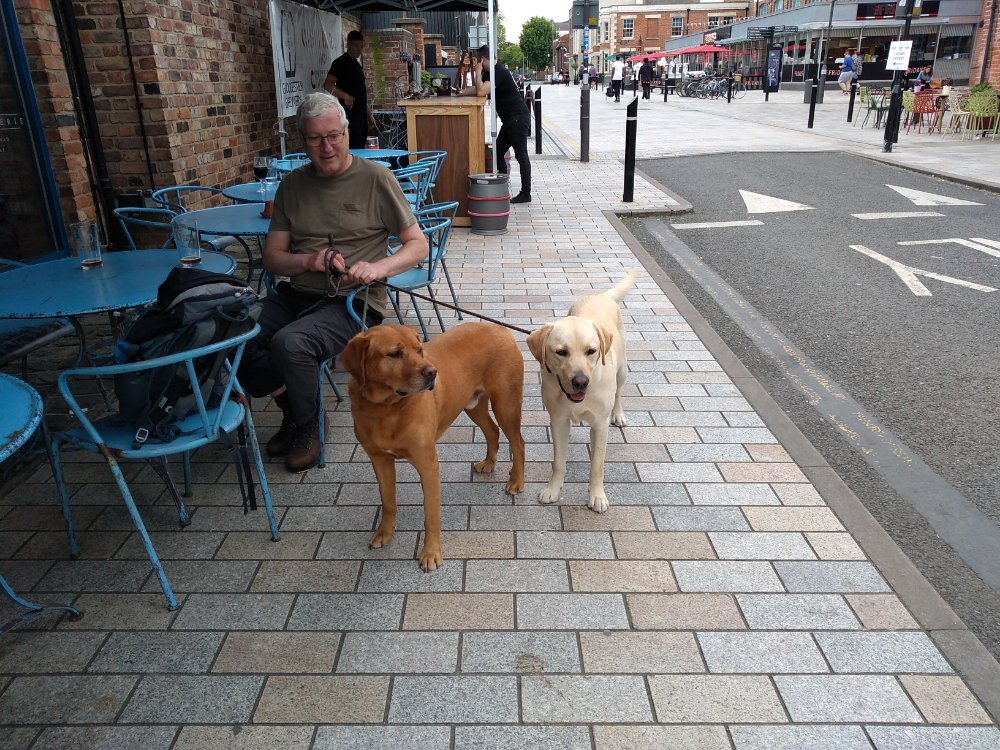