I was just about to plant some seeds in the electric propagator for next year’s chilli plants, and it was suggested that it would be better to divide the tray up.

So after a bit of measurement and design later, I set the 3D printer going. It took a while, but used surprisingly little plastic: 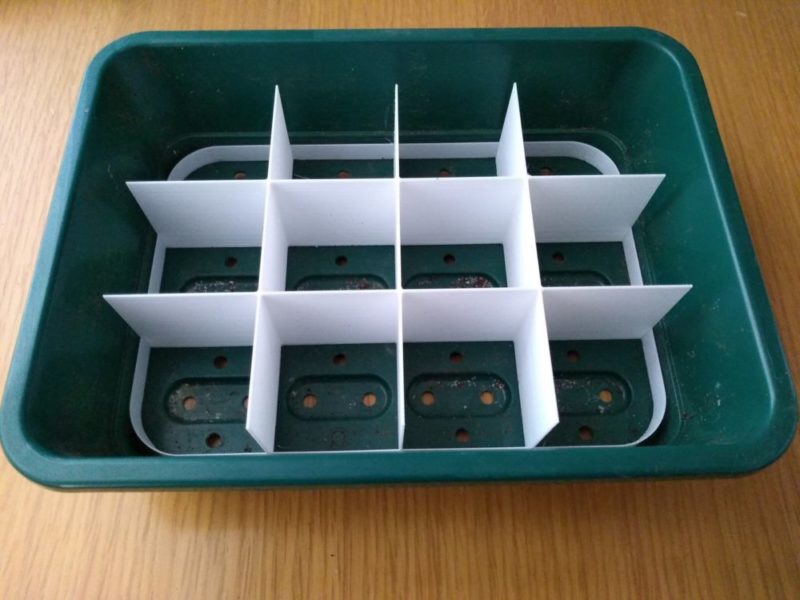 Hopefully, this will help stop the roots getting entangled.

Now just need to print two more for the other trays!