The girls have gone to Hawick for the day, so once the morning drizzle had passed, I explored more of the local area. Whilst you can, in theory, walk almost anywhere in Scotland, there are still hedges and walls to consider, which can make planning a walk ‘interesting’.

However, we’ve found some maps on the Web that show potential paths, so off I set… 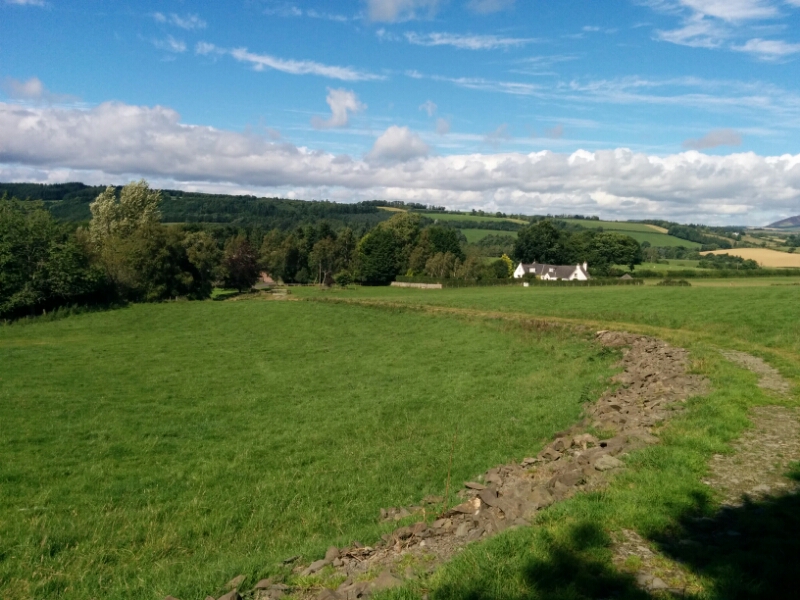 All went well until I got to a forest with “No Entry – Logging In Progress” signs. There was little evidence that anything was actually happening, but I found an alternative route.

This lead to what was shown on the map as a walled track: 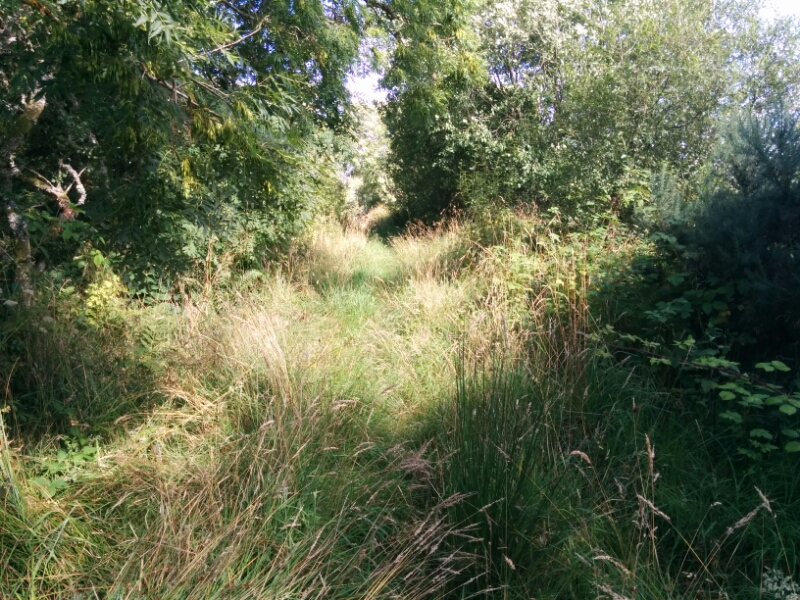 Not the most accessible track that I’ve seen!

After a few more battles with hedges, I reached a lovely spot by the superbly named “Ale Water” river. 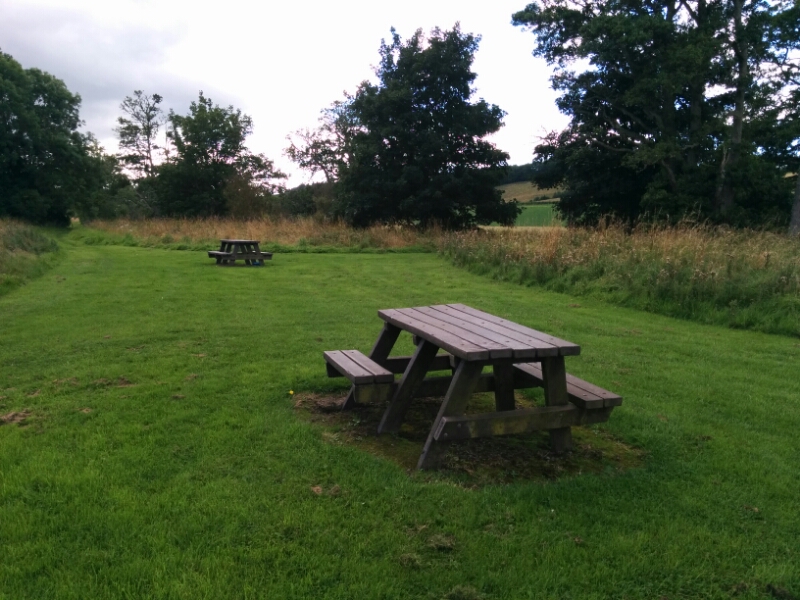 The route back was through the Riddle Estate, which at least had some decent tracks to walk on. 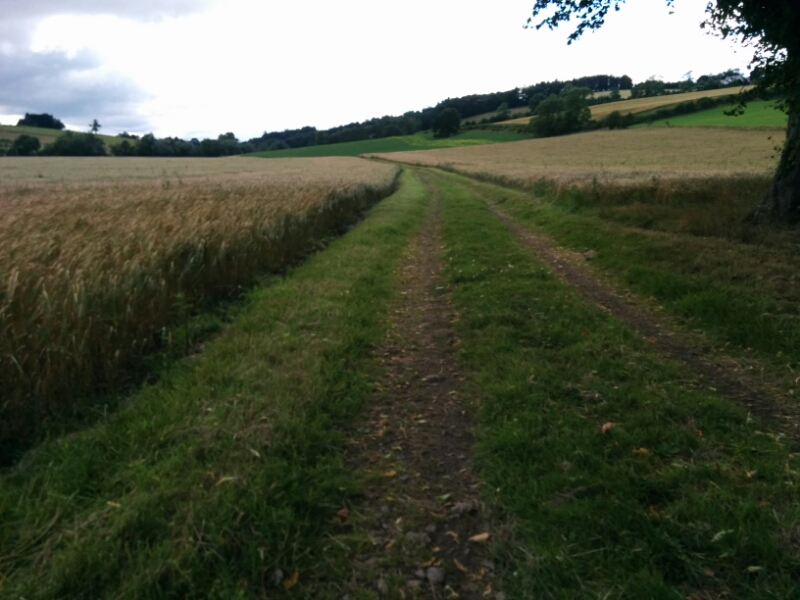 Then back through a small piece of woodland on the farm, which has a little stream running through it. 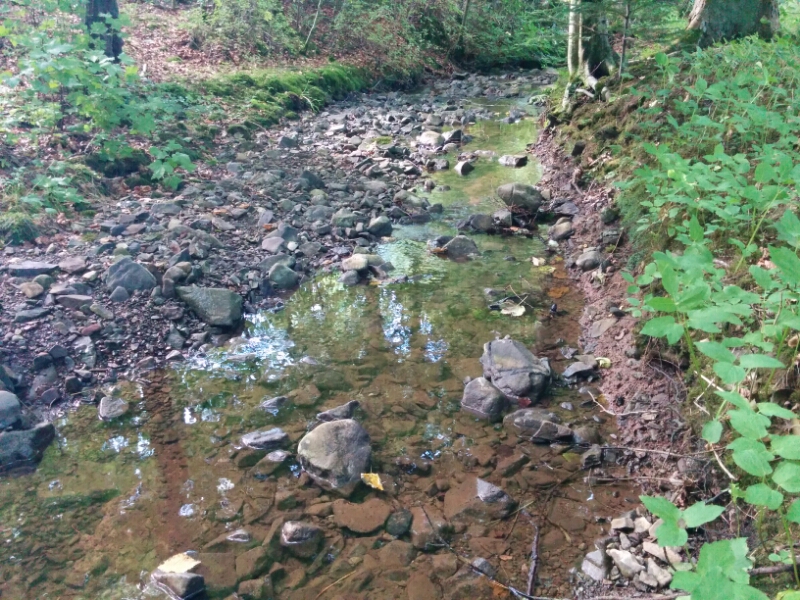 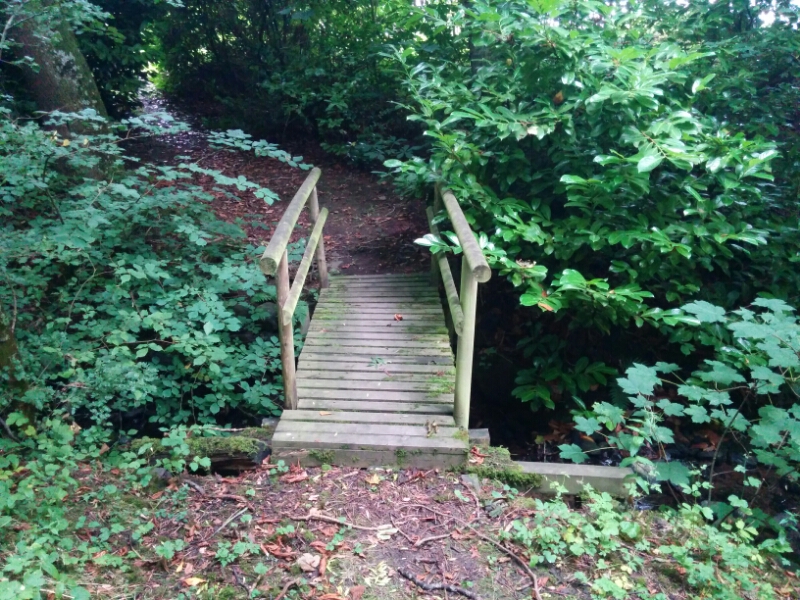