Kingsway is a large housing estate that is being built near Quedgeley. Like most new estates, the whole place is a maze of roads and paths, and none of the maps keep up to date with the building.

But, there were a few geocaches there, and some proper footpaths the other side of the estate, so off we set in the drizzle. 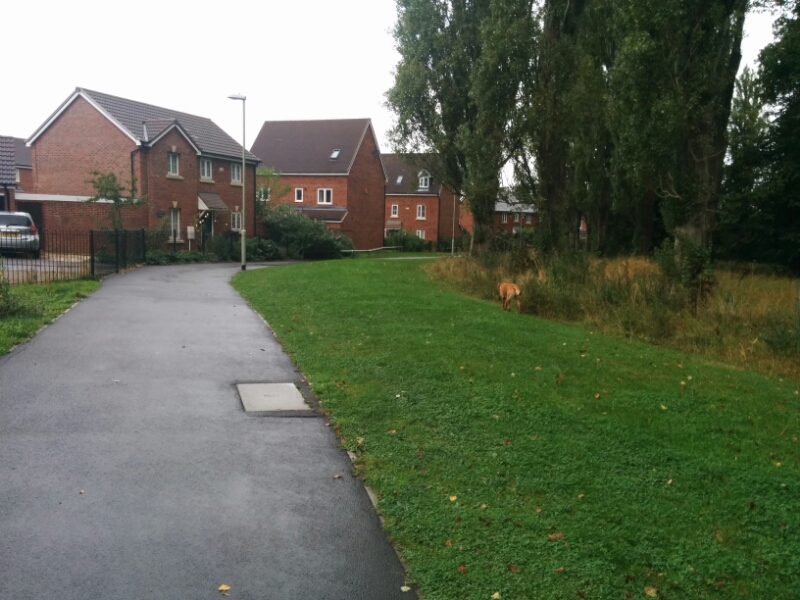 The railway line forms the estate boundary at the other side, and is very busy at the moment due to line closures elsewhere. 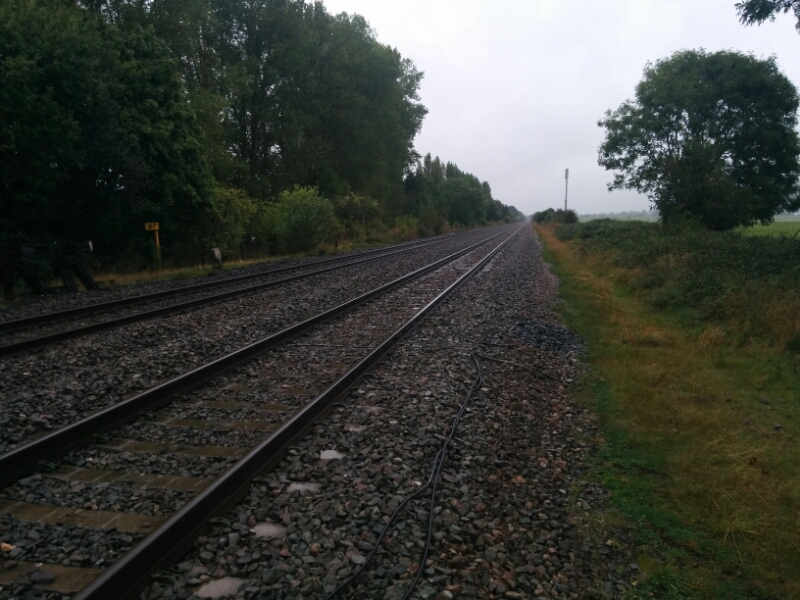 Then off across the fields 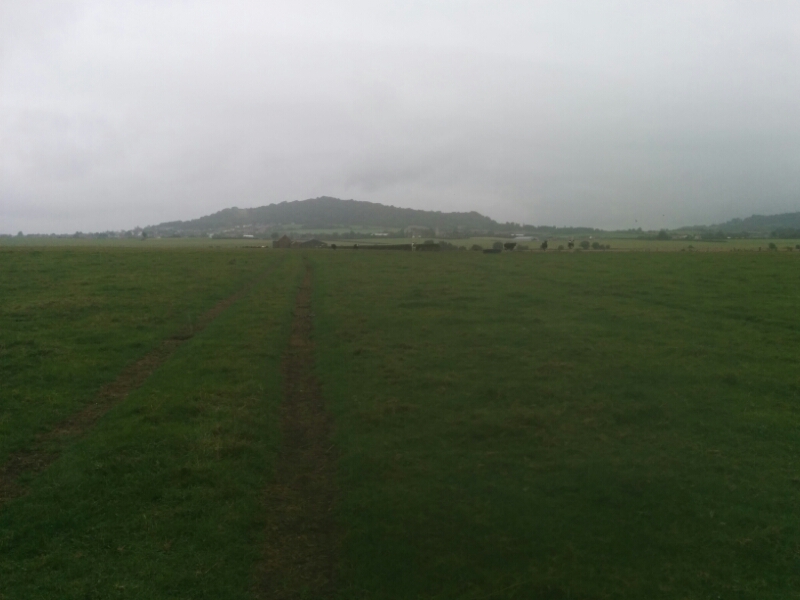 Unfortunately, there were a lot of very lively cows in the fields, and very poor or non existent stiles, so we gave up and replanned our route using more urban paths. Which of course meant crossing the railway again. 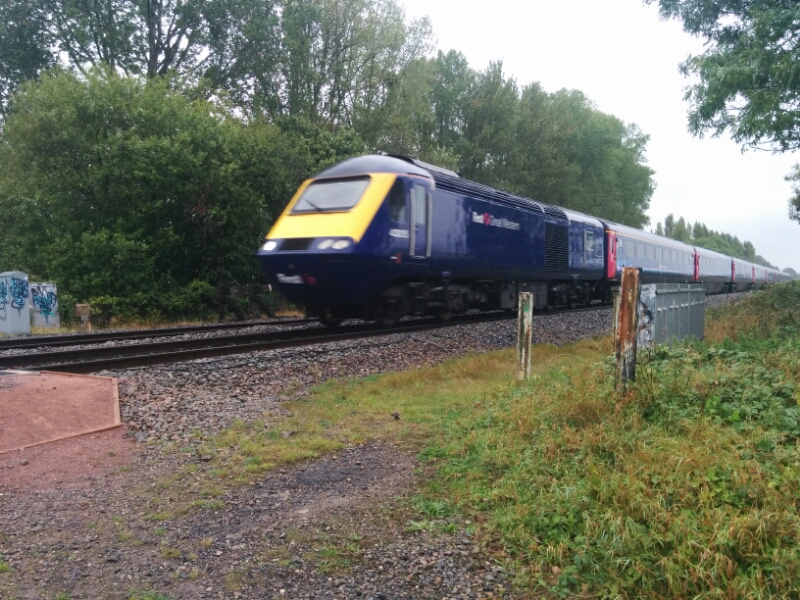 A couple of geocaches in Kingsway had a ‘dino’ theme: 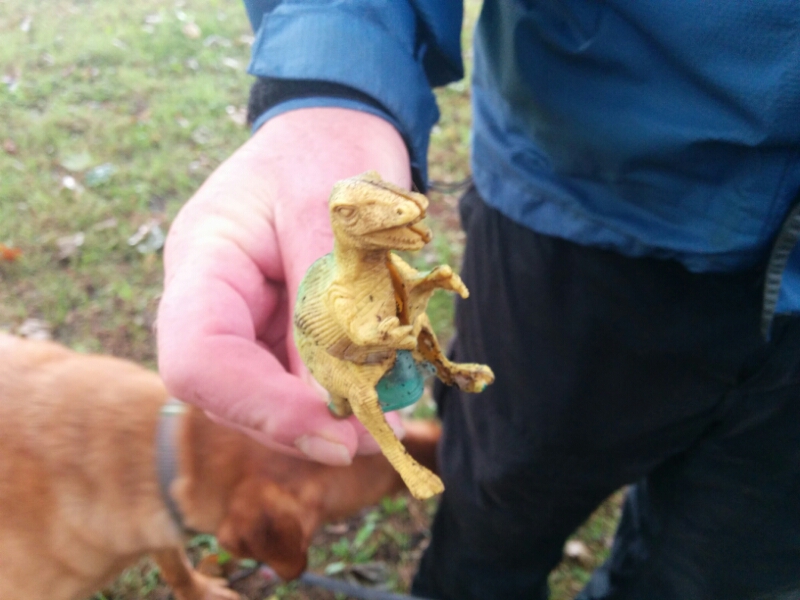 Some paths were really nice 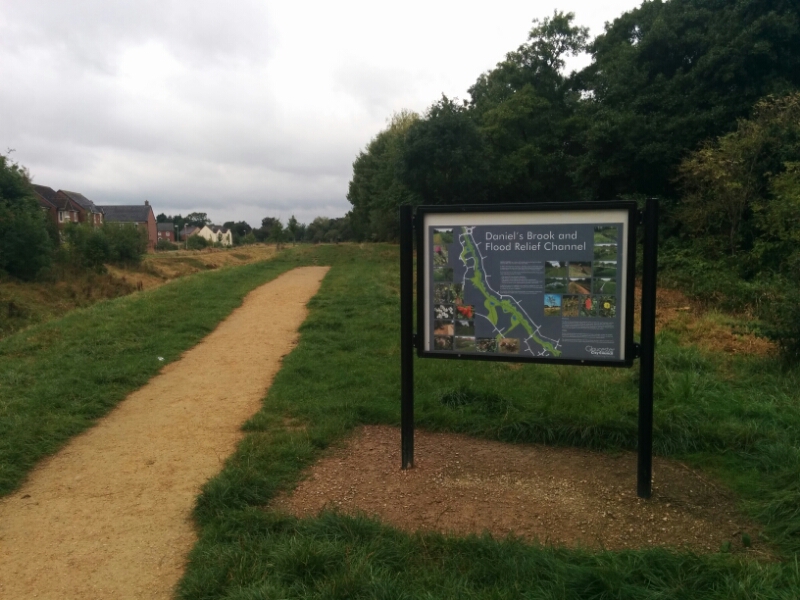 But most of the way back was through industrial estates and busy roads!