Tyson has now been microchipped, so is now a ‘legal’ dog – not that I’ve ever seen an official with a scanner checking that dogs actually have a microchip…

The vet also attempted to trim his very long nails back, but they have been there for so long that the blood vessels go almost to the end, so they’ll have to be worn down by pavement walking.

He is still very good at home – one of the easiest dogs to look after that we’ve had. He was also excellent in the pub, just curled up and when to sleep most of the time.

When he is out, he is getting better on the lead, and OK with people, but insists on growling at any dog that comes close – large or small. So no off-lead walking for him yet.

I took him to the woods this morning; this seemed to be a new experience for him, rushing off to investigate each squirrel or noise in the bushes. It’s very difficult to photograph a lively dog still on the lead though.. 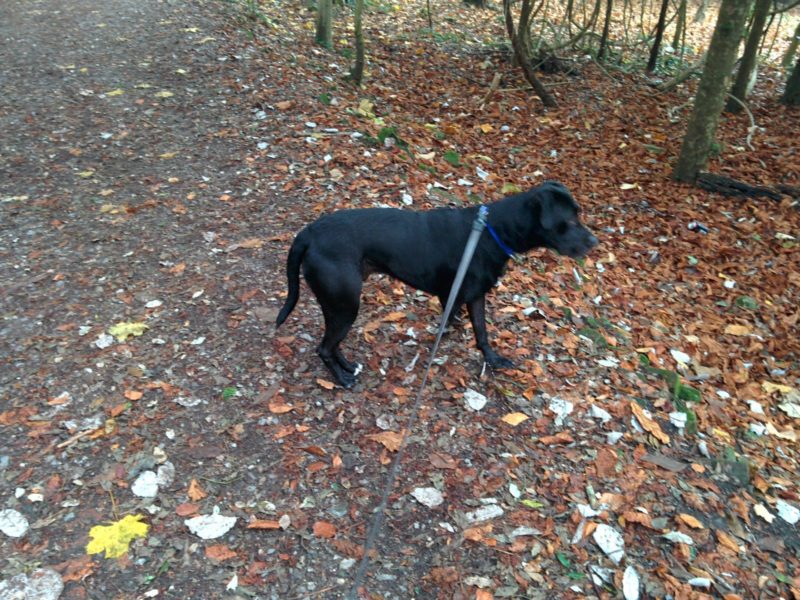