It’s a miserable day here in Orpington, so I decided to take Rocco on the train to London. 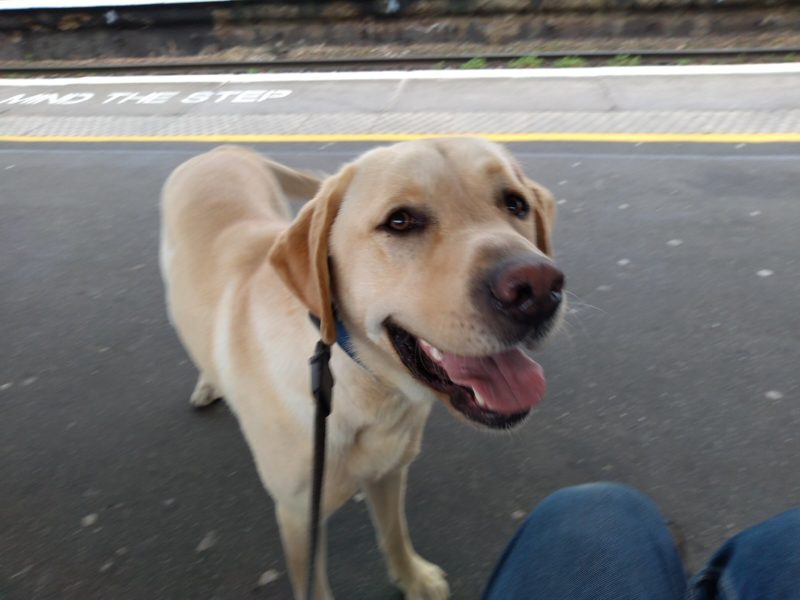 He was much more relaxed on the train than last time, possibly helped by a small boy stroking him for most of the journey. We negotiated the lift at London Bridge successfully, then manoeuvred through the crowds to the outside world.

Given the weather, I didn’t think there’d be many people on the Thames Path, but I was wrong. Slow tourists zig-zagging everywhere and stopping without notice. Trying to steer a lively dog through the throng was definitely interesting. But eventually, we got to a small open space by Tower Bridge were we could catch our breath.

It was also crowded crossing Tower Bridge, but got a bit quieter past the Tower of London. 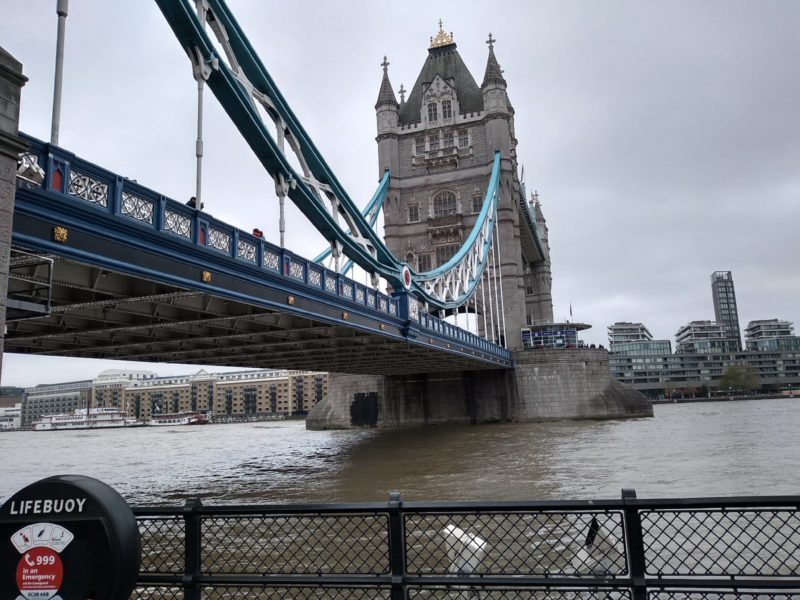 We followed the Thames Path west along the north bank towards the Millennium Bridge and Blackfriars. 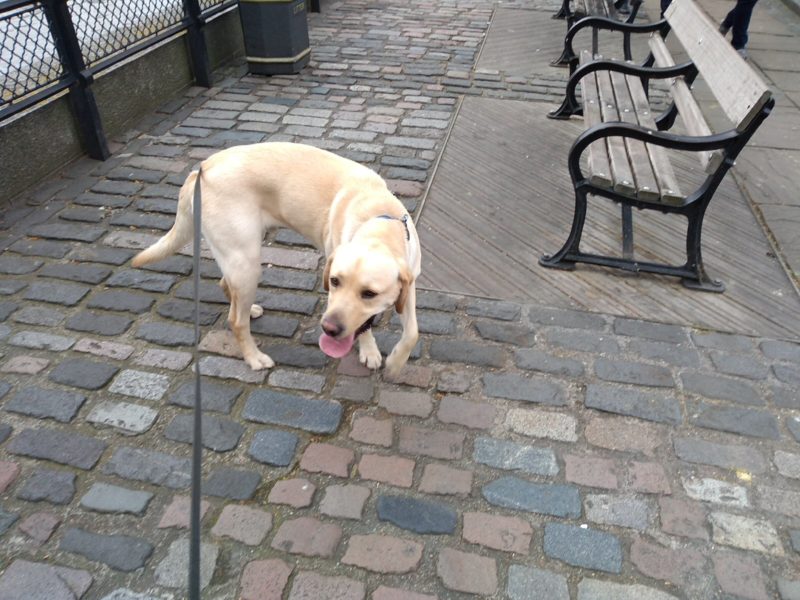 The Millennium Bridge and South Bank looked quite crowded, so I decided to get the train back from Blackfriars. Perfect timing – with a short run, we just got on the train as the doors were closing, and a kind gentlemen held Rocco while I had a much needed wee!

Changing platforms at London Bridge was a bit easier this time, and the journey home uneventful. Though finding space on a busy commuter train for a large dog without him being in the way is definitely a challenge – though no one really seemed to mind. 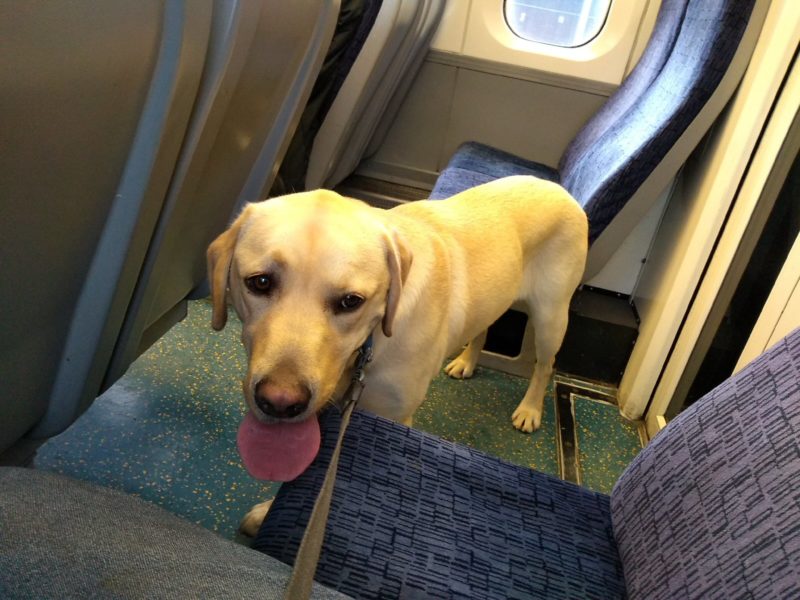 Walking back from the station, Rocco was overjoyed to be finally let off the lead. A good afternoon; the only disappointment being that we passed lots of geocaches, but on my own, there was no chance of discretely finding them with a lively dog!