As it was a nice morning, we drove through Cheltenham to Cleeve Hill – a good choice as the car does most of the work going up the hill, not us. 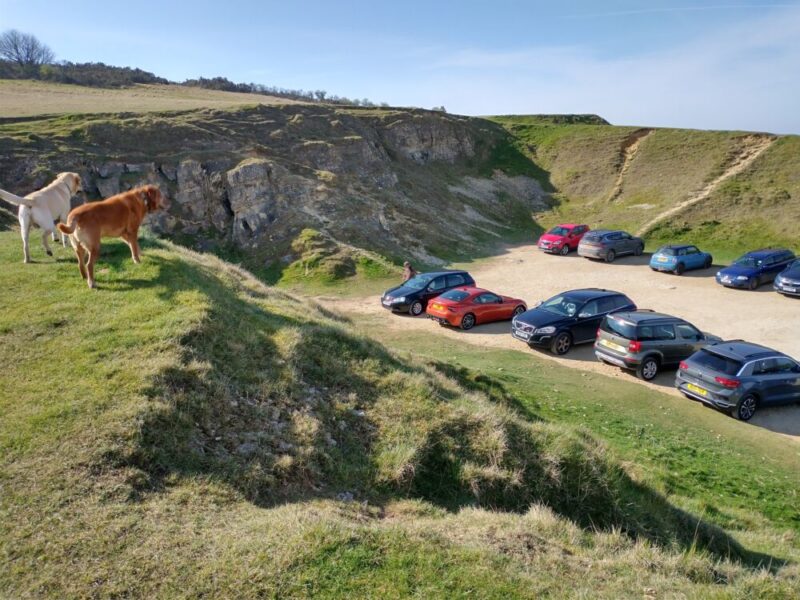 We followed the Cotswold Way for the first part, along the edge of the golf course. Both dogs seem to relish running around in the open space: 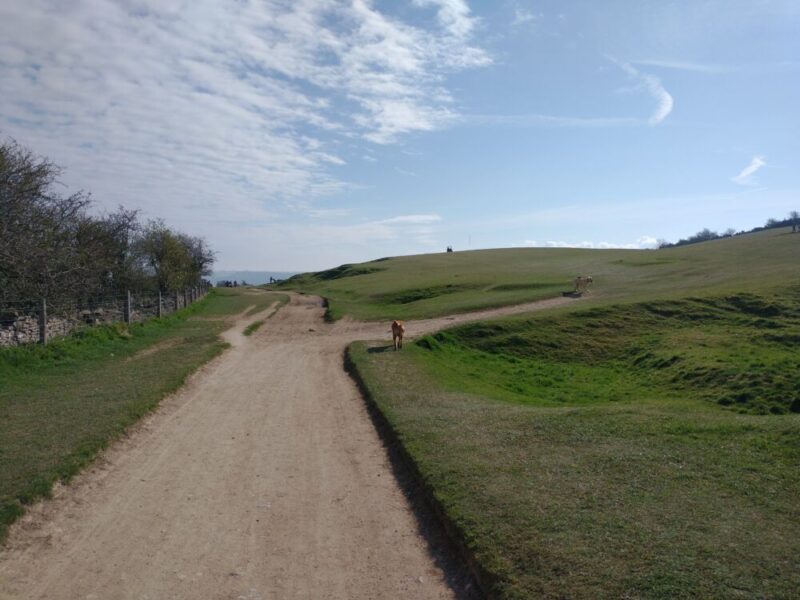 Further on, we partially descended into a valley to grab a geocache (hanging in a tree):: 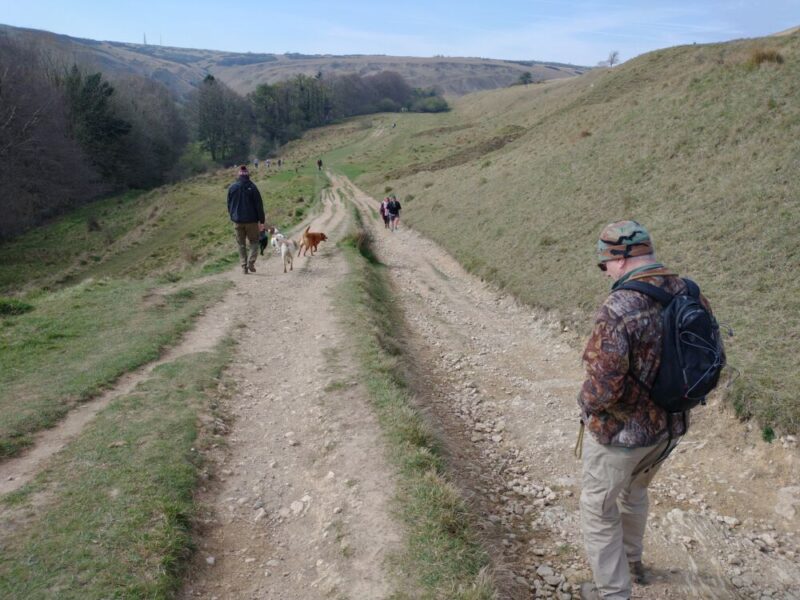 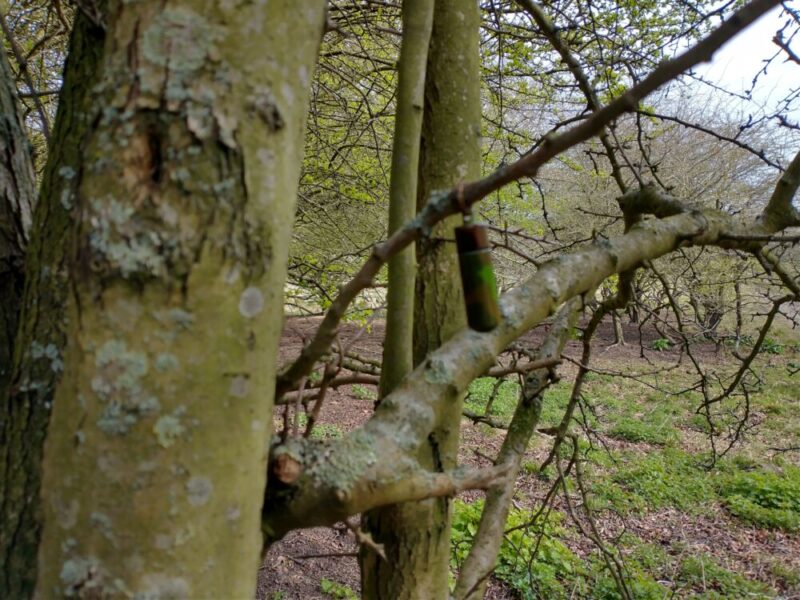 Then back up the hill to a small reservoir – a popular spot for dogs! 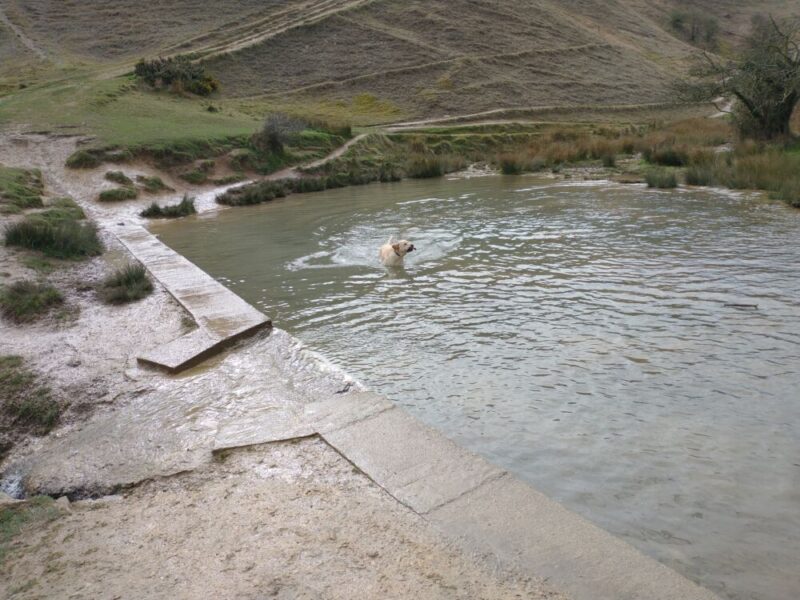 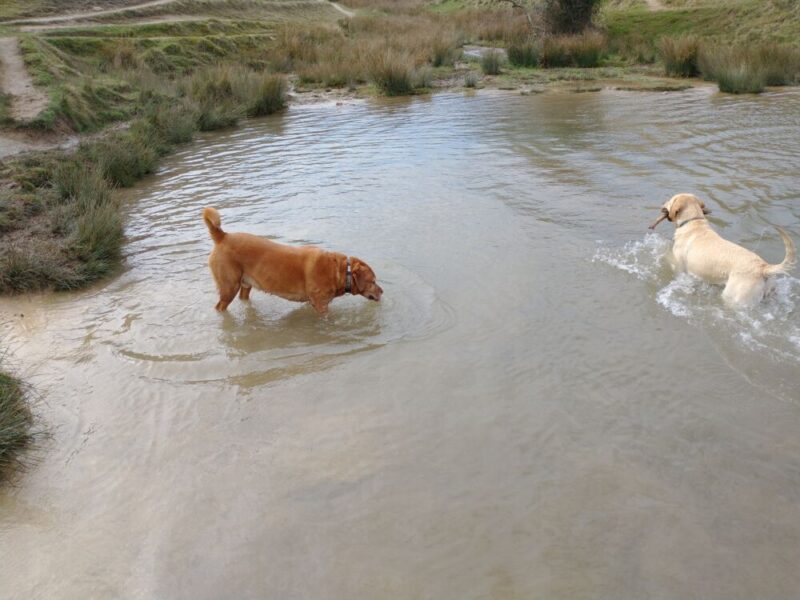 Then up the hill to a nice seat for elevenses: 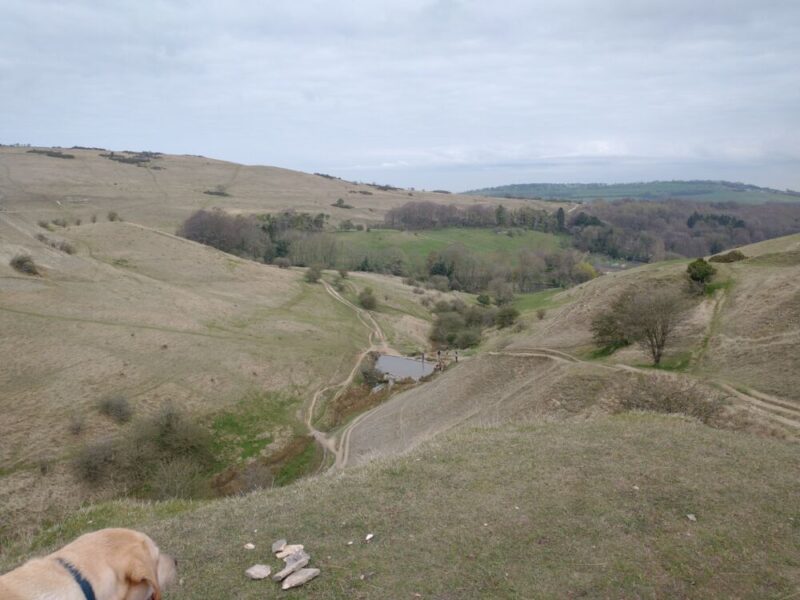 We then set off round the hill, a mixture of almost lunar landscapes and lush grassed paths: 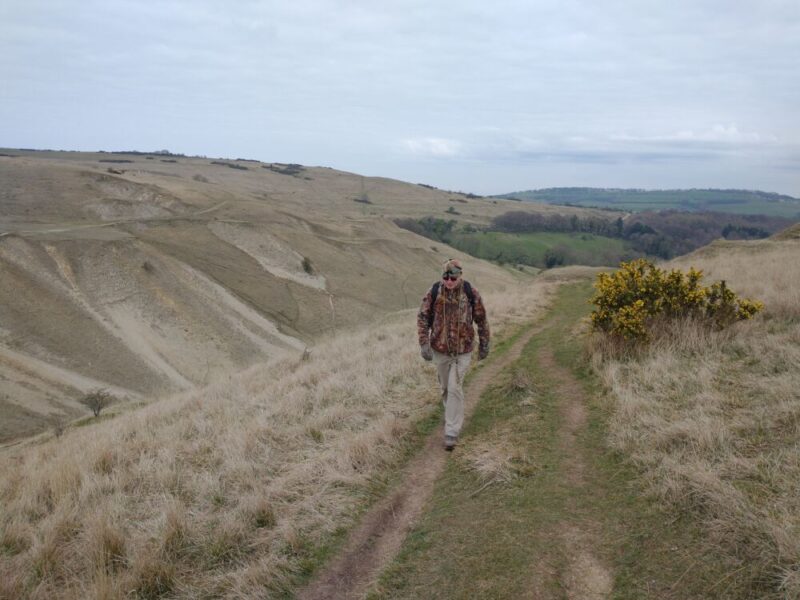 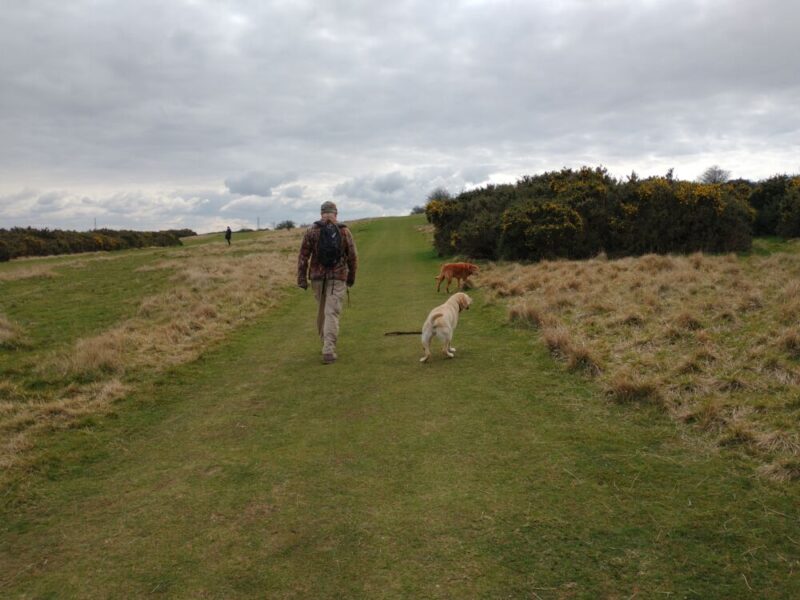 Further on around the hill, we had our first view of Cheltenham and the racecourse: 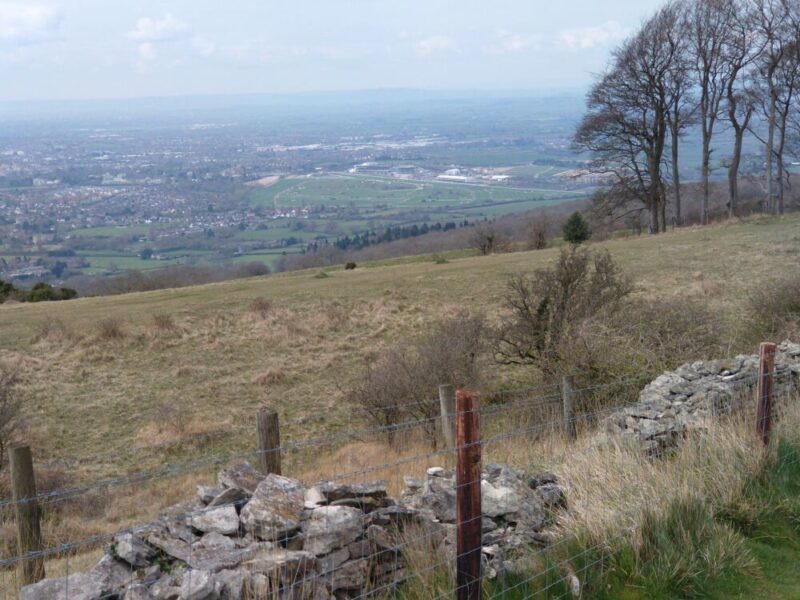 Then even further round, lunch break on a nice bench overlooking Cheltenham. Toby and Rocco are being very attentive as they’ve had a few crusts from my sandwiches: 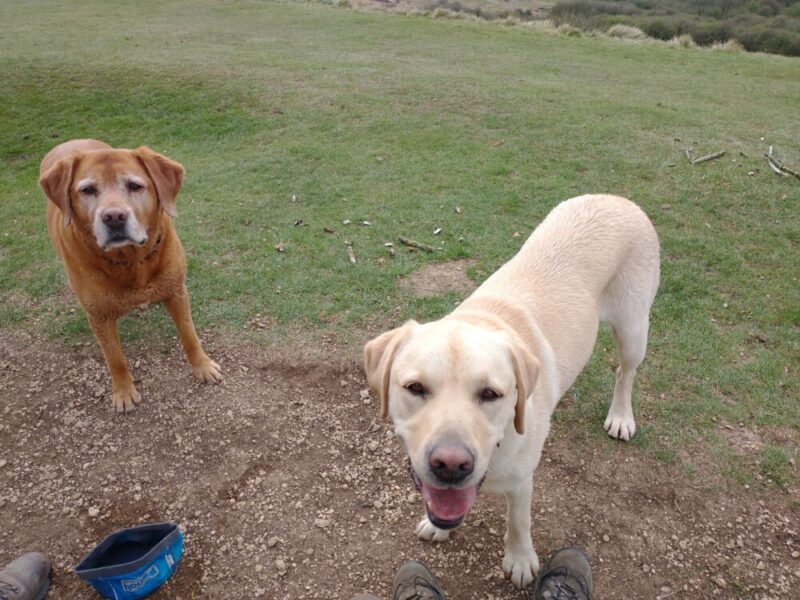 Finally, back to the car, again following the Cotswold Way along the tops: 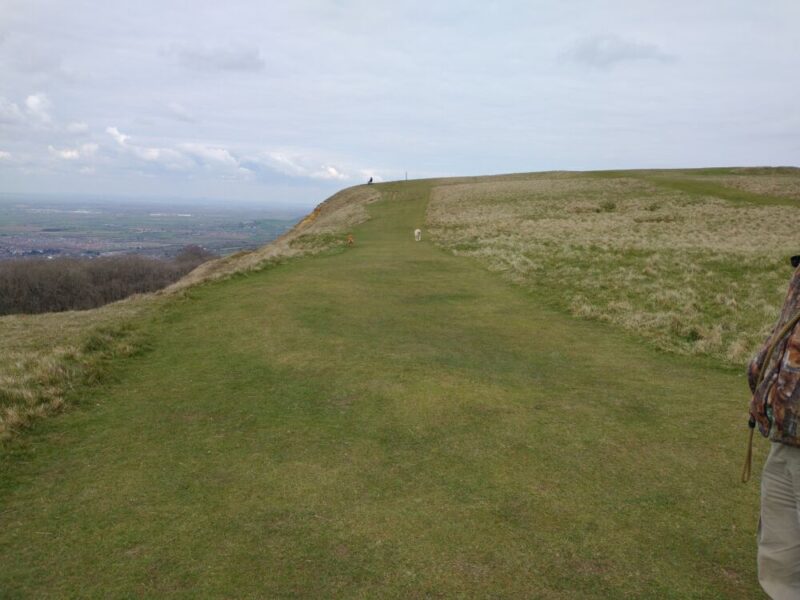 5 miles in total, though I suspect Rocco did more like 15-20 miles!