A nice day today, though slightly cooler than recently, so off we go on a walk.

This followed a path through Hempstead that has only reopened fairly recently, and now has a number of geocaches along it. 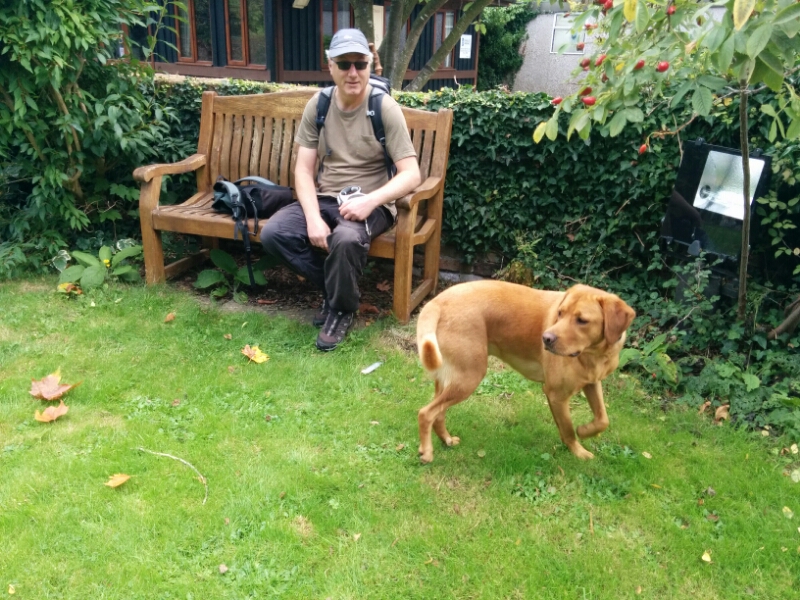 This was a pause by Hempstead Church, waiting for a builder to get off the phone and move away so we could grab the cache. 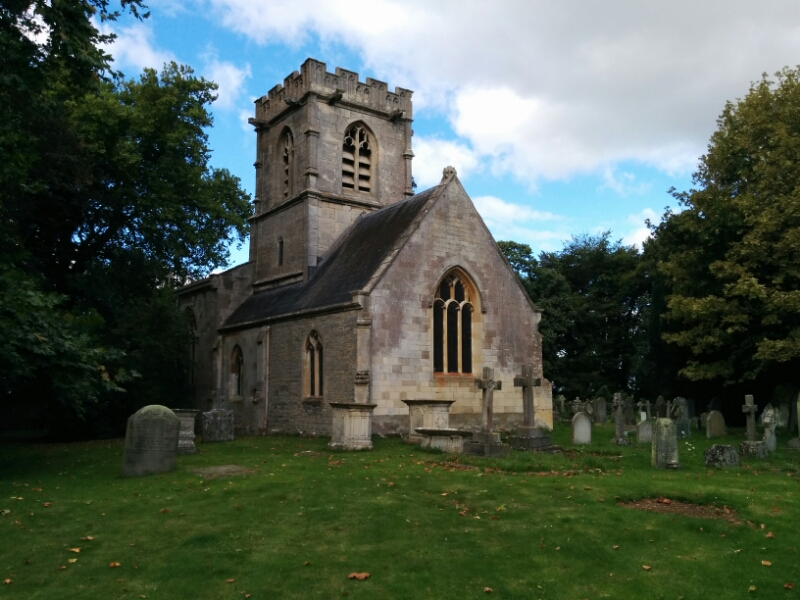 This is “Lady’s Well”, though I don’t know if this was a real well or just a folly. 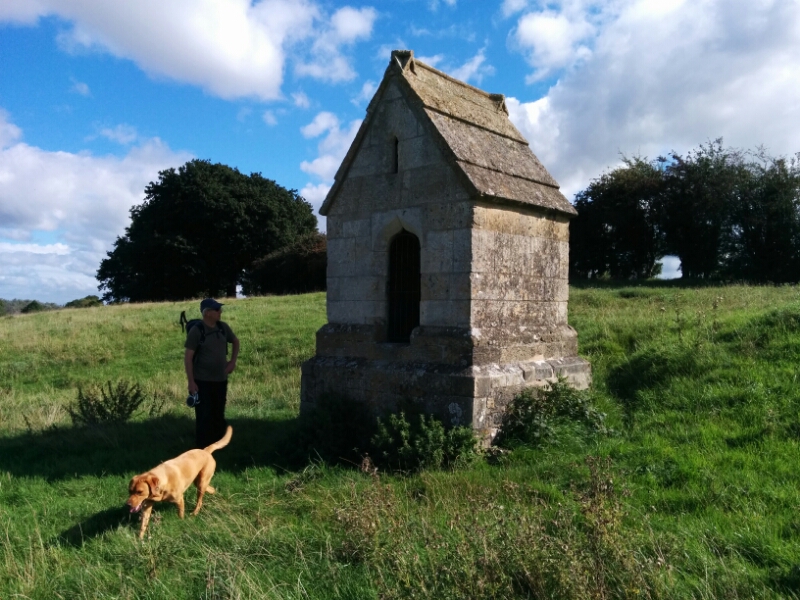 The path then goes around a large landfill site, and every gap seemed to have some rubbish that hadn’t quite made it to the dump. 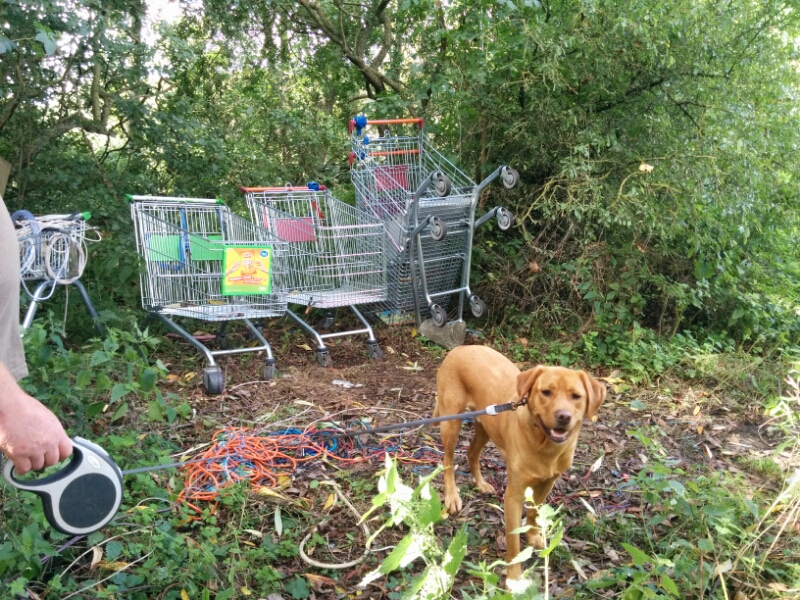 We then went into Gloucester Docks, and tried a new dog friendly pub with a Micro Brewery. 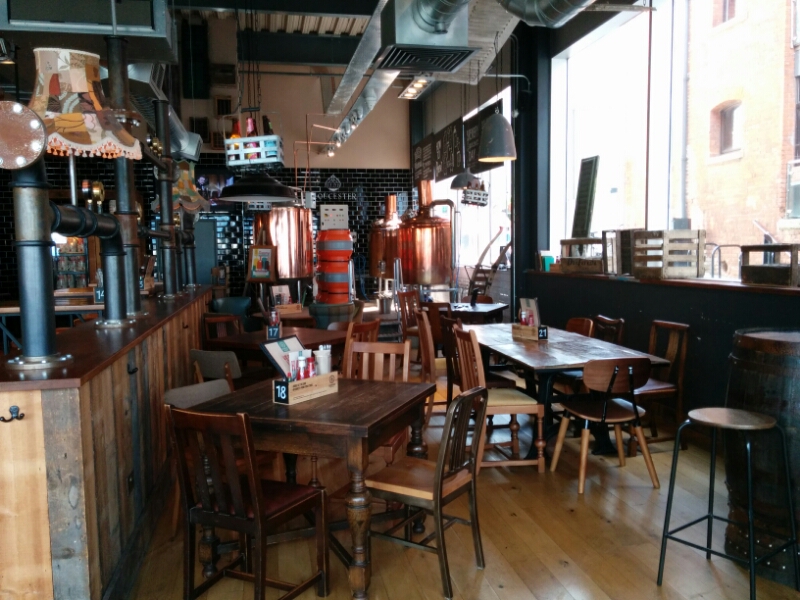 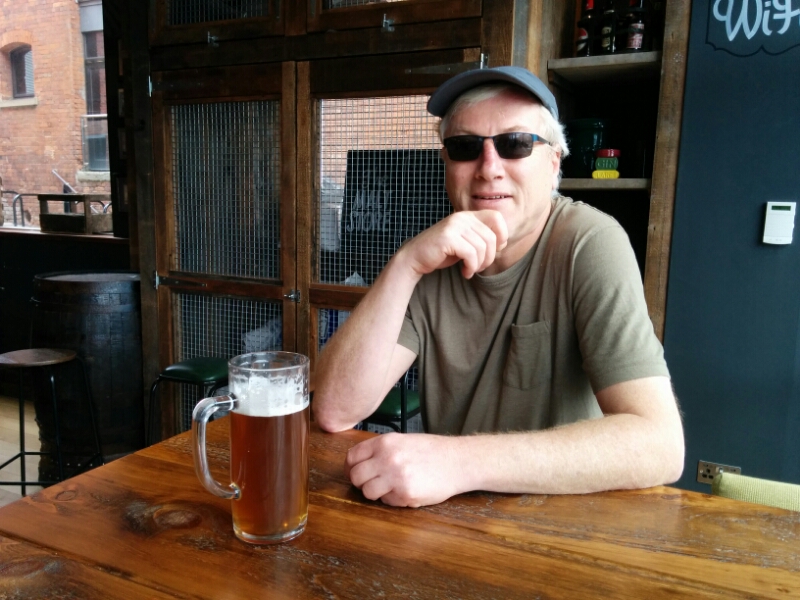 The view from outside: 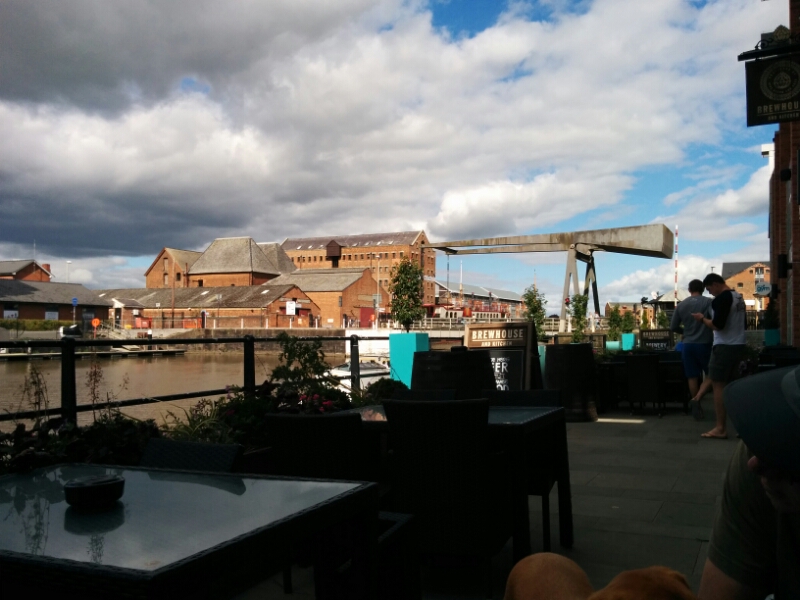 On the way back along the canal, we eventually found a very clever magnetic geocache hidden under some metal steps: 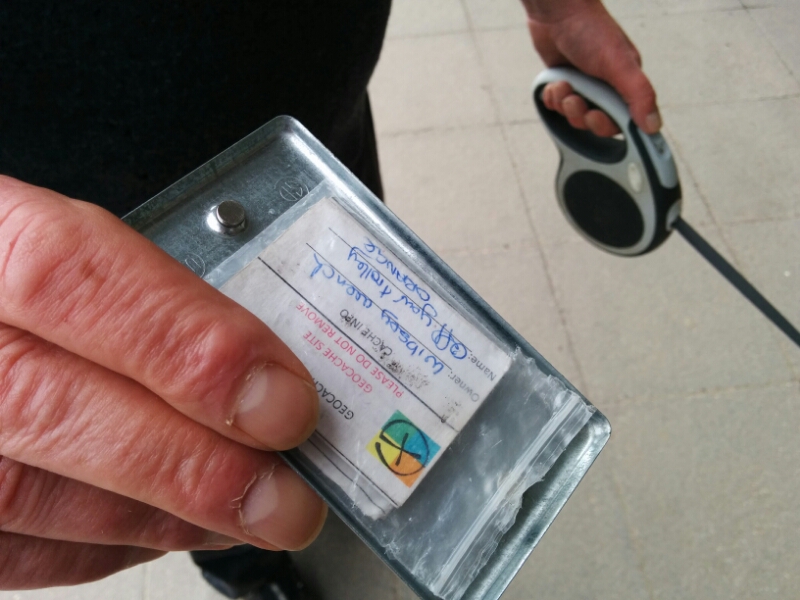 Then back for a cup of tea, our progress briefly halted by an open canal bridge. 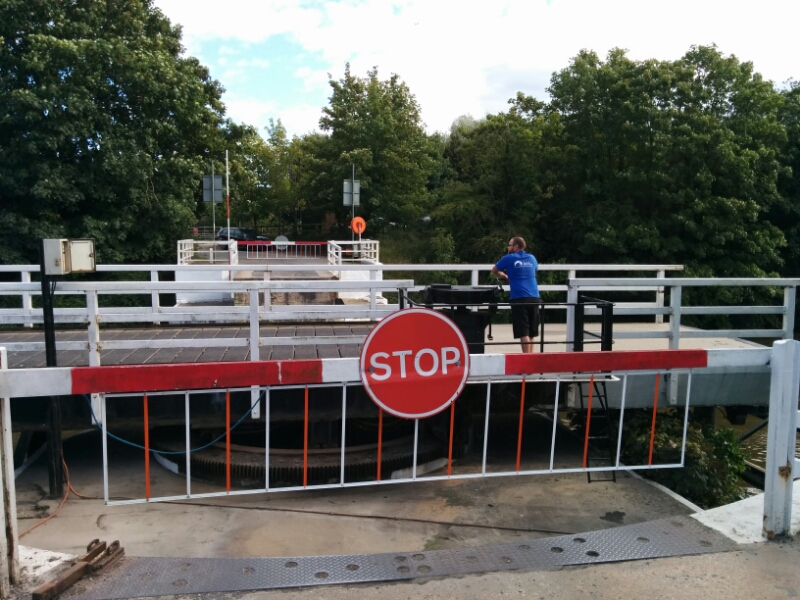