It was just about warm enough today for me to finish the Capital Ring Walk. This section is mostly shared with the Jubilee Greenway walk, so again, it was a joint effort.

We returned to Cyprus station (with a quick detour to see the end of the line at Beckton), and then we negotiated the walkways of University of East London to Royal Albert Dock: 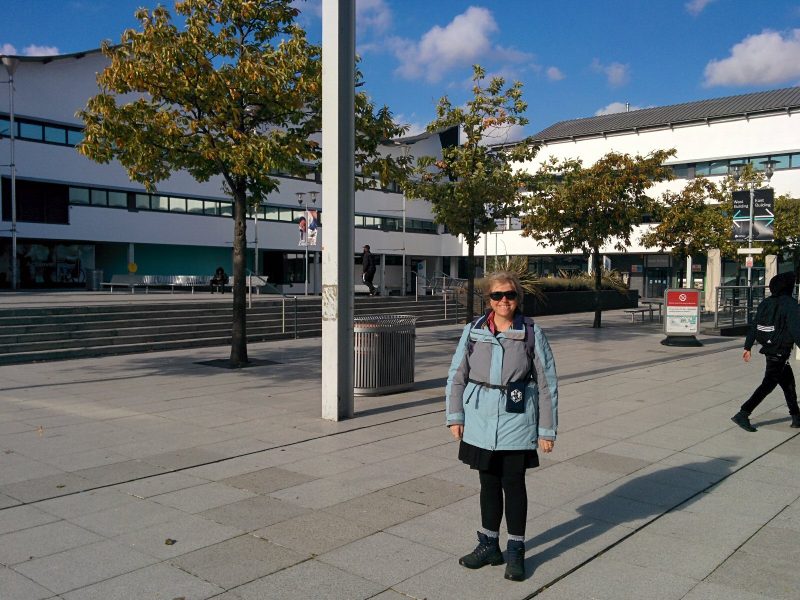 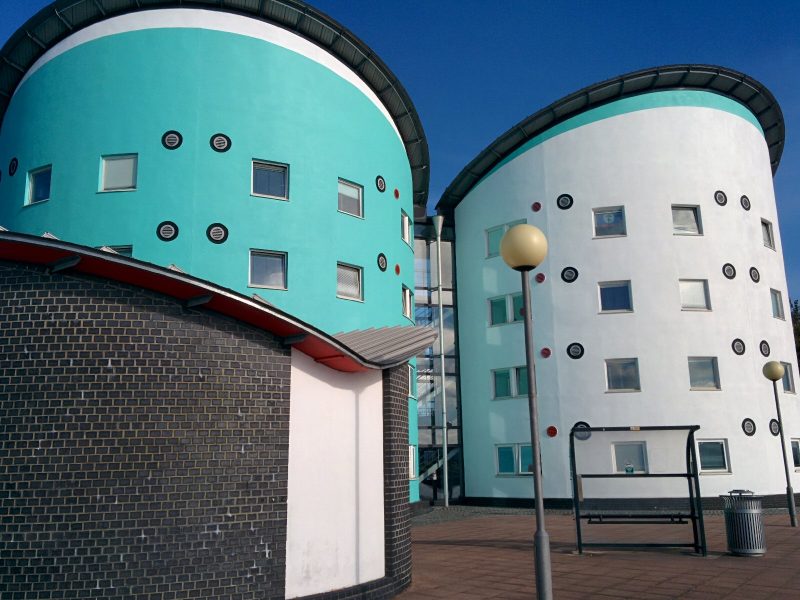 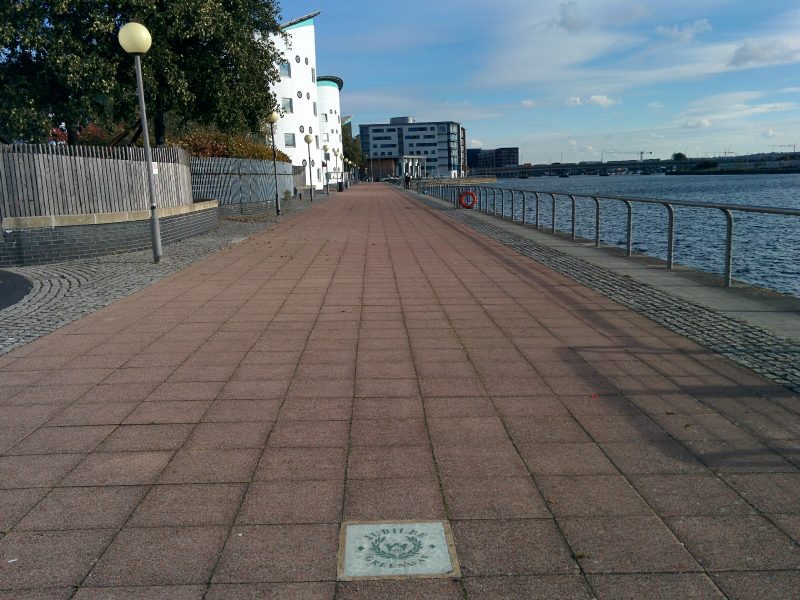 The whole area is surprisingly quiet, at least until a plane takes off from the nearby London City Airport: 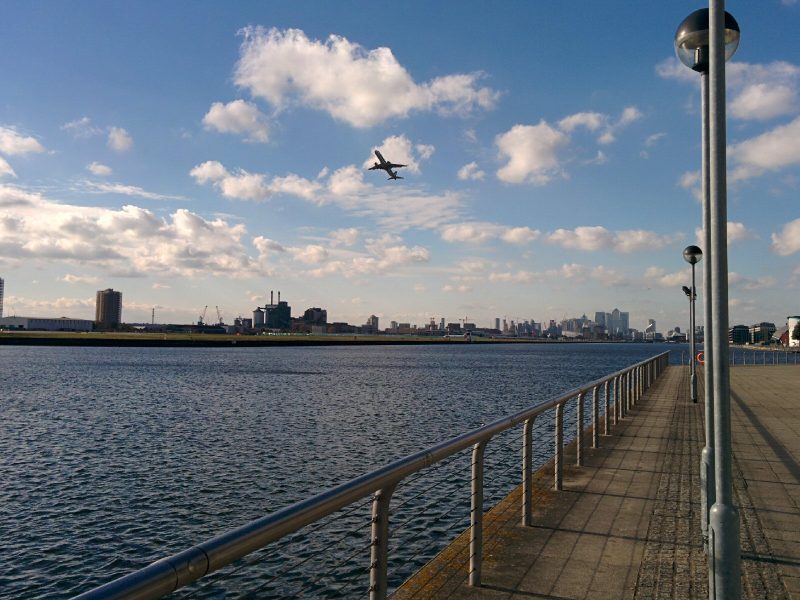 We then passed under the busy ‘Sir Steve Redgrave Bridge’ across the dock to the renovated ‘Galyons Bar and Kitchen’:

The grade II* listed Gallions Hotel was built between 1881 and 1883 for the Peninsular and Oriental Steam Navigation Company, to accom­modate travellers who were halting overnight. Rudyard Kipling stayed at the hotel when he was setting off for India, and the author mentions the place in his novel The Light that Failed (1890): “Is it Tilbury and a tender, or Gallions and the docks?”

We then negotiated various building works to get to the Gallions Reach area, which is a strange combination of building works, industry and high density housing. 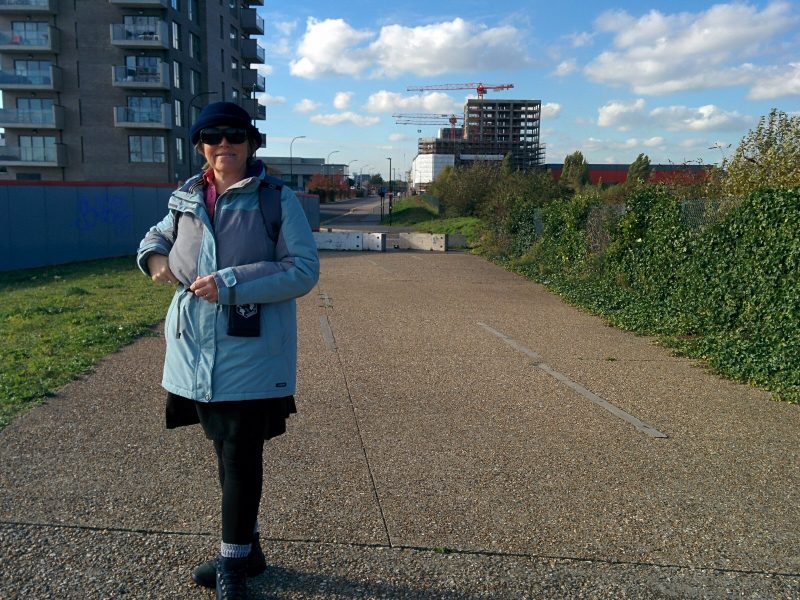 “Gallions Reach is named after the Galyons family who were prominent in the area in the 14th century. The word ‘reach’ here refers to an open stretch of water along a river, but originally used to denote the distance that could be sailed by a vessel on one tack.”

Finally, we reached the River Thames in all its industrial glory: 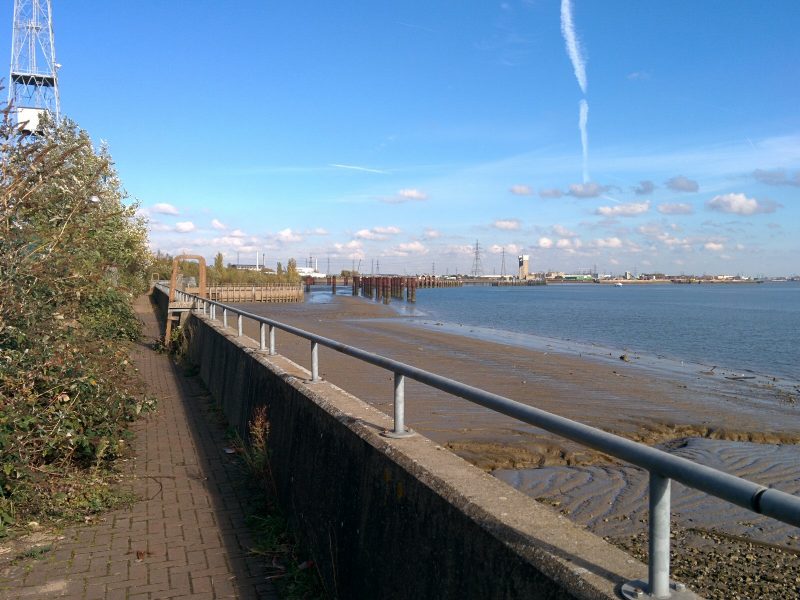 The path now follows the river, but is interrupted by the large lock that give access to Royal Albert Dock: 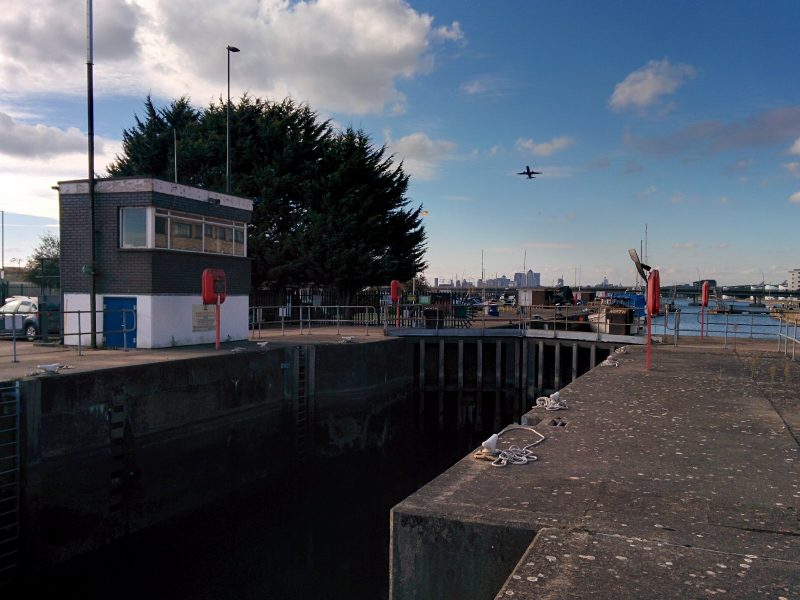 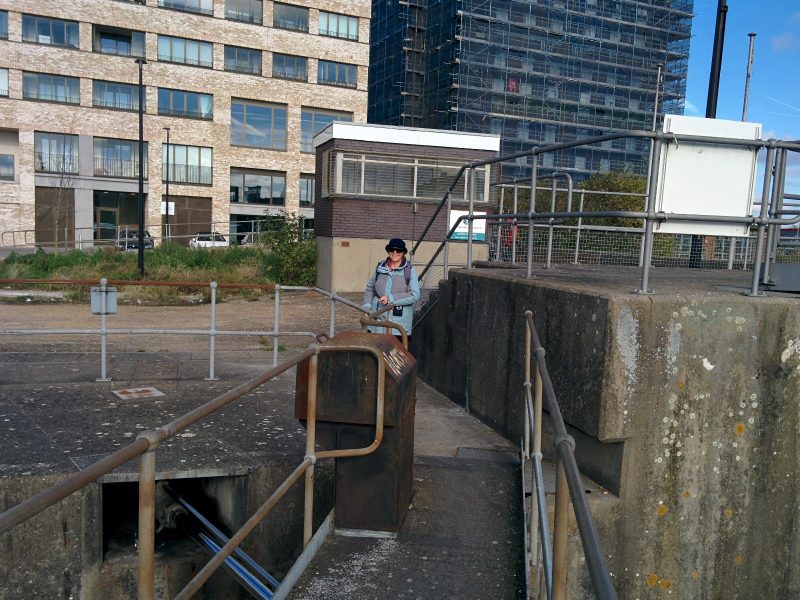 Luckily the lock was not in use, so we could just walk across the gates.

A bit further on is the even larger lock for King George V Dock: 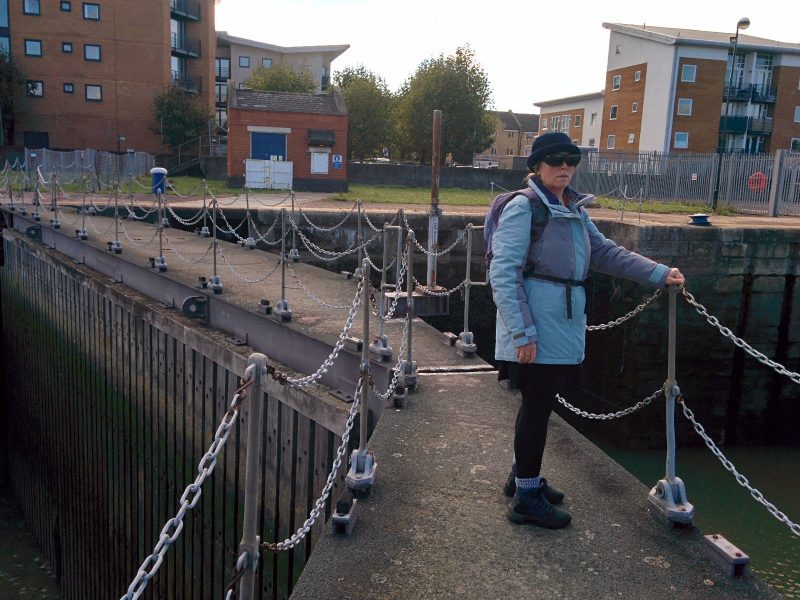 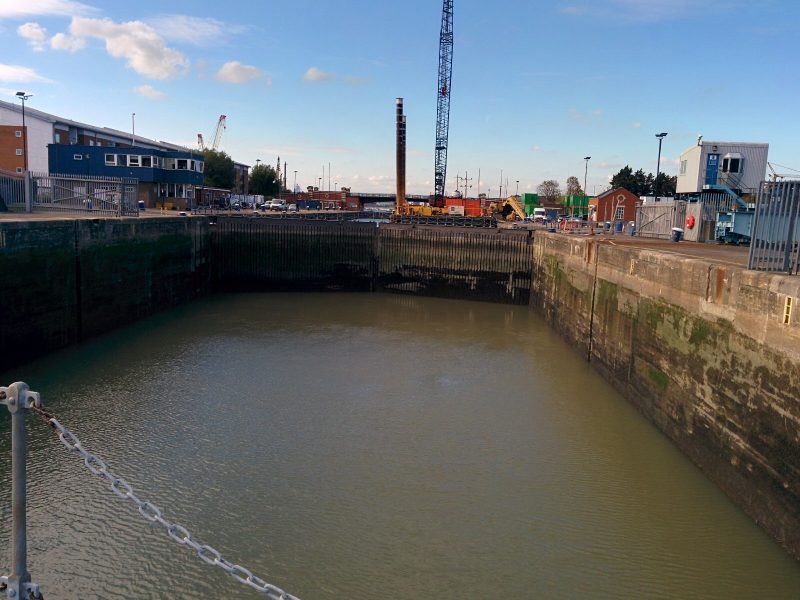 “These gigantic gates at King George V Lock admitted the 36,644-ton Cunard liner RMS Mauretania in 1939. Measuring 790 feet long by 88 feet wide there was just a whisker to spare on all sides.”

The path then follows through the Gallions Point Estate, where we stopped for lunch: 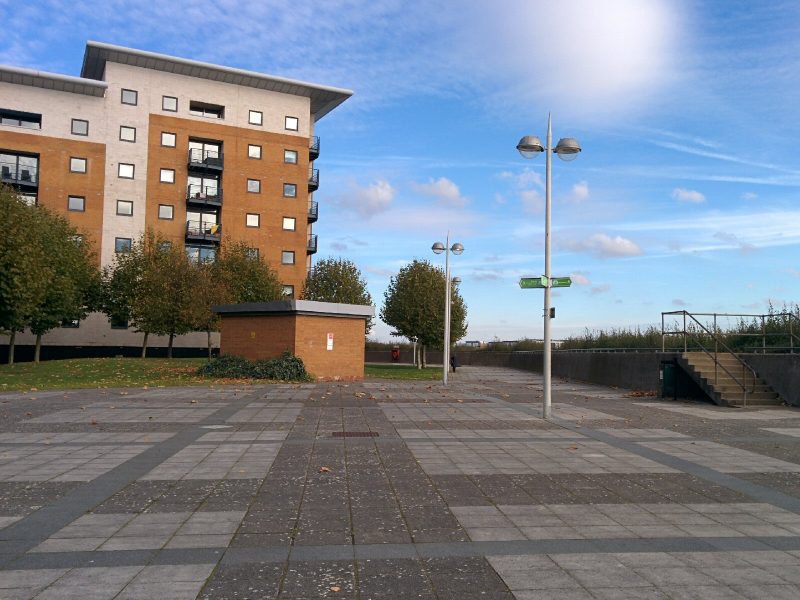 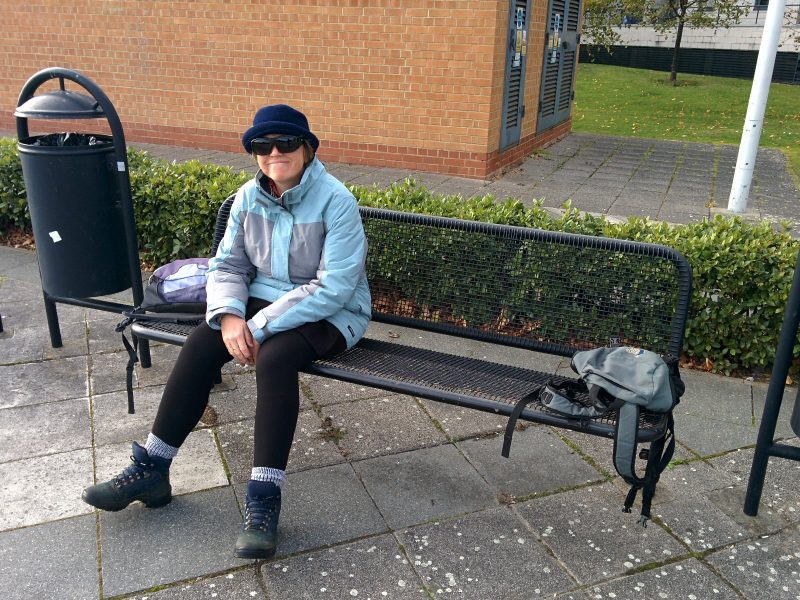 Then through Royal Victoria Gardens, complete with Steam Hammer: 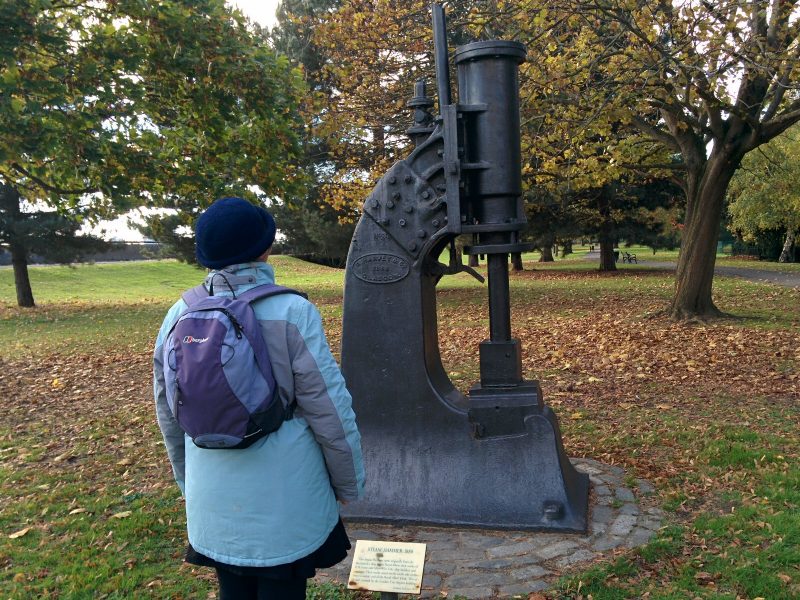 Further on, the path (a public footpath no less) was blocked by fencing where they are modernising the (currently closed) Woolwich Ferry. There were no signs or diversions, so we snuck through the barriers, avoided the wet concrete and escaped back onto the road: 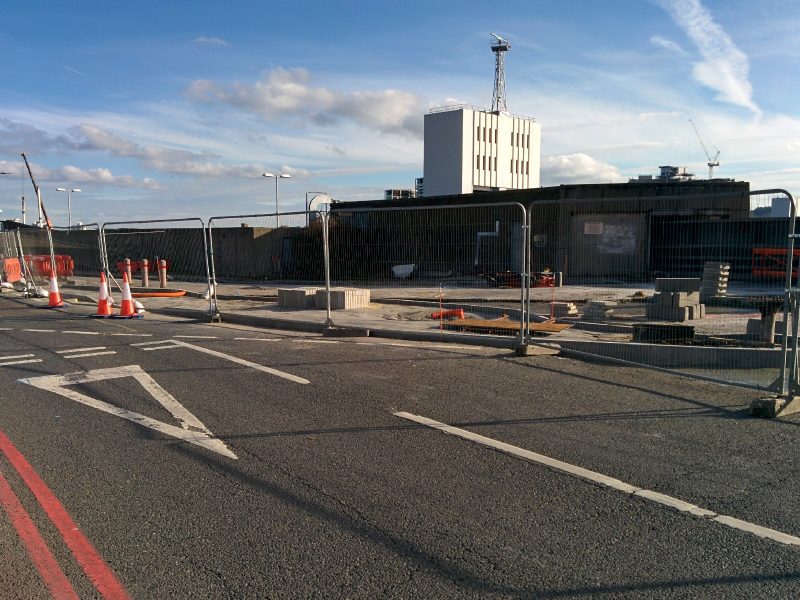 Nearby is the entrance to the Woolwich Foot Tunnel, which we used to cross the river: 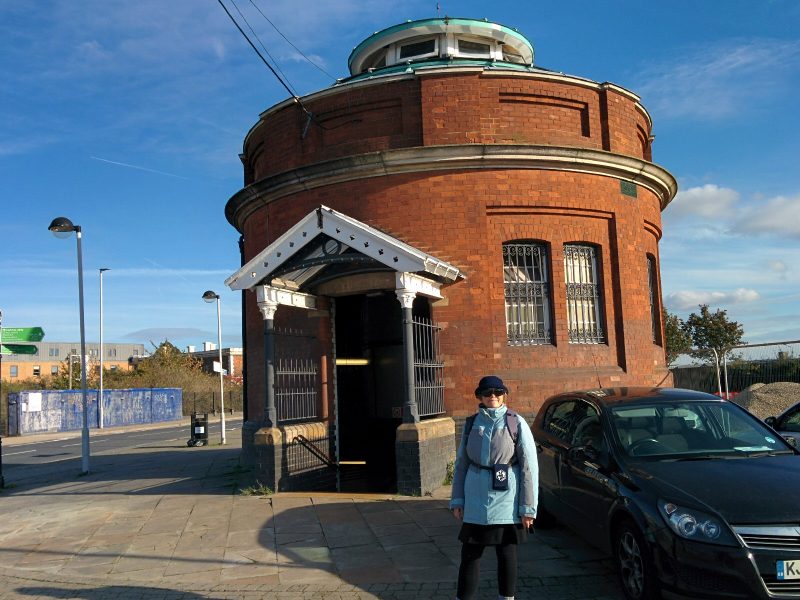 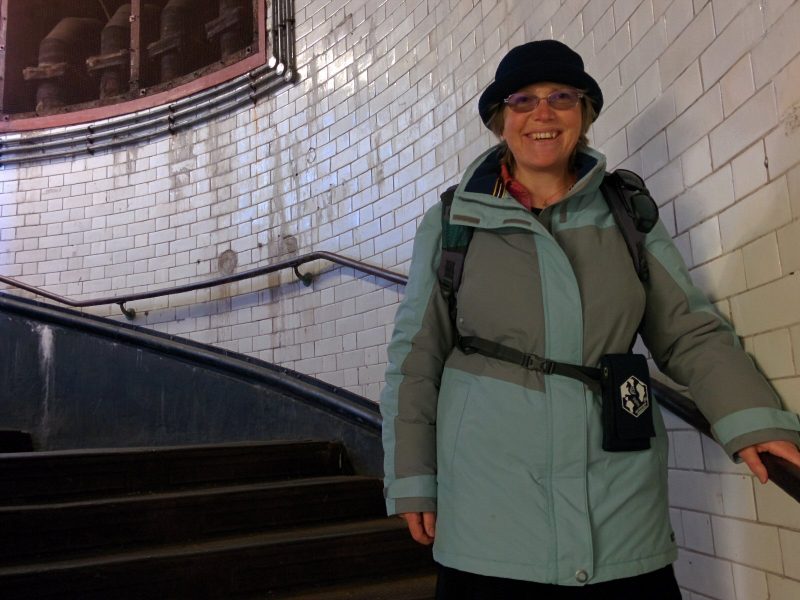 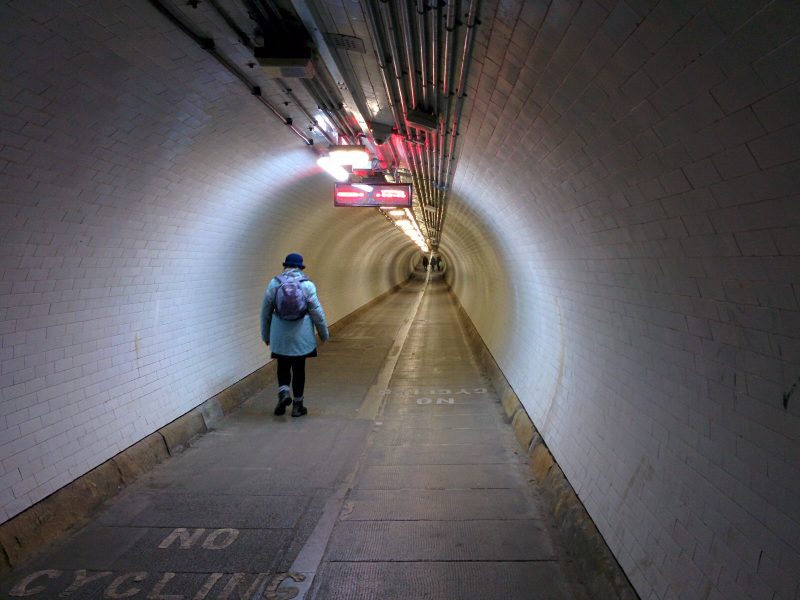 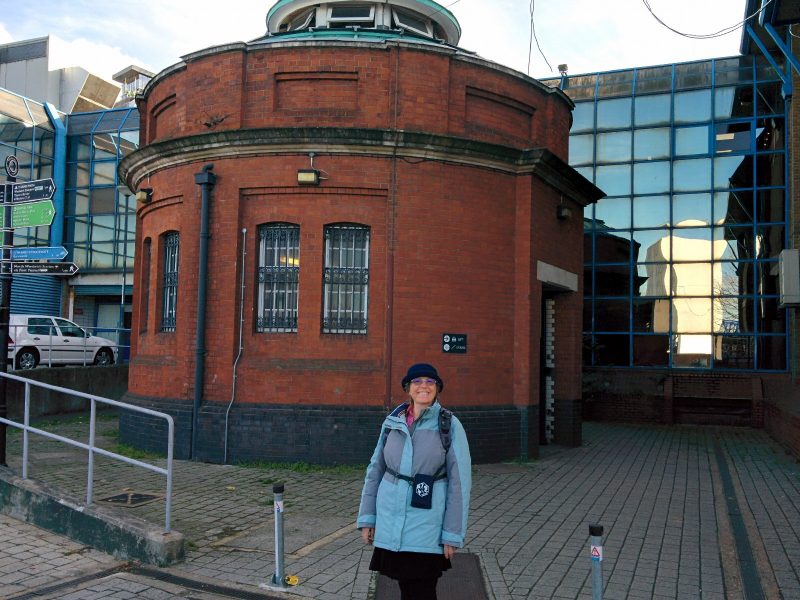 It was then a short walk to Woolwich Arsenal station, then a couple of trains home.

4 miles of Capital Ring walking and 1 geocache today. Overall, I didn’t find the Capital Ring Walk quite as good as the London Loop Walk but it did take me to many areas of London that I wouldn’t otherwise have seen.