We enjoyed some excellent beers and a meal in the canal side pub last night.

On our morning walk, despite getting grubby from all the puddles on the towpath, Rocco found the grubbiest ditch you could imagine, and ended up with the lower half of his body black and smelly. I was tempted to chuck him into the canal, but getting him out is hard work, so I borrowed a bucket from the boat and tried to splash water over him to get him clean – not terribly successful.

We then set off up the Braunston locks, and all went well until Rocco jumped on the boat just as it was setting off. After realising that I wasn’t on board, he was straight back in the canal. Getting him out wasn’t much easier than yesterday, but at least he was clean. 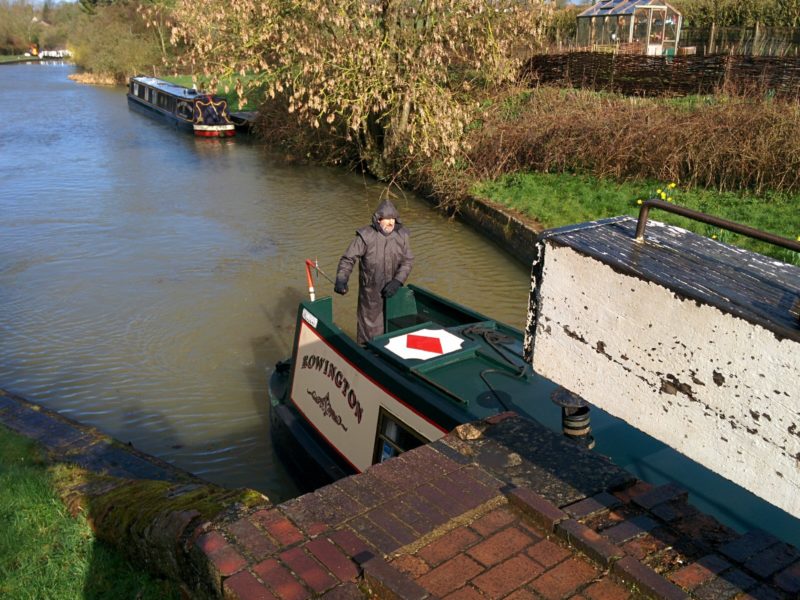 Note that Rocco is at the end of a lock gate. There wasn’t enough room for him to turn round, so he had to wait until the boat went through and I could close the other lock gate: 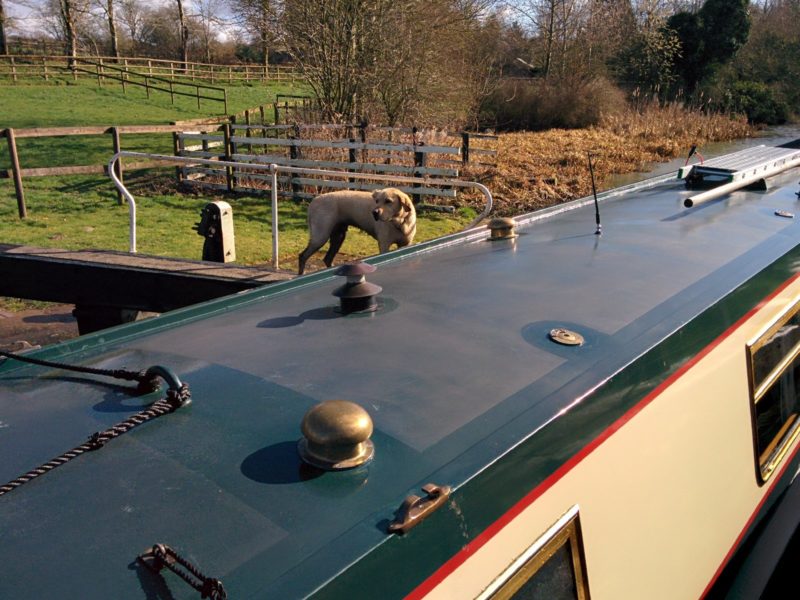 We got to the top of the locks, and I kept Rocco in the front of the boat as he was still dripping wet while we set off for the tunnel. Got him mostly dry, then opened the cratch cover to let a bit of fresh air in, then, splash, he was back in the canal. Very rude words were said…

We tried to get him back on the boat with the boat hook, but that wasn’t strong enough. I leant over the back of the boat to try to haul him in, then felt myself slipping, and the next thing I knew, I was in the canal as well. After a while, I did manage to lift him back on to the boat (a wet dog is very heavy!) and eventually got back in myself. So another half hour trying showering and changing… This time, I wasn’t taking any chances and Rocco stayed inside the boat.

Unfortunately, my phone didn’t much like the swim in the canal, but once dried out, the phone worked enough to upload the remaining photos. I suspect it won’t survive long term though.

Rocco stayed in the boat whilst we went down the Buckby locks – it was quite a challenge given the high winds. 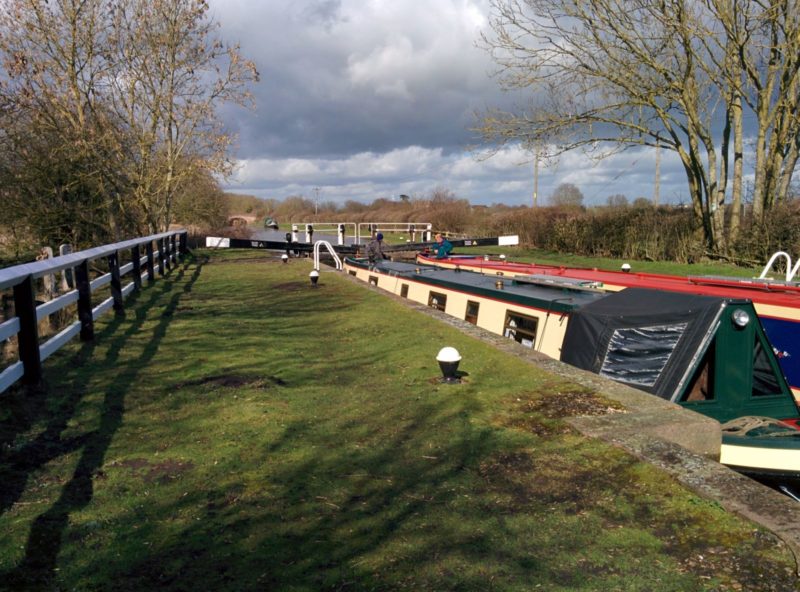