We stopped briefly at Mullion Cove, but it had a dog ban and an expensive car park about a mile away, so headed to Poldu Cove. 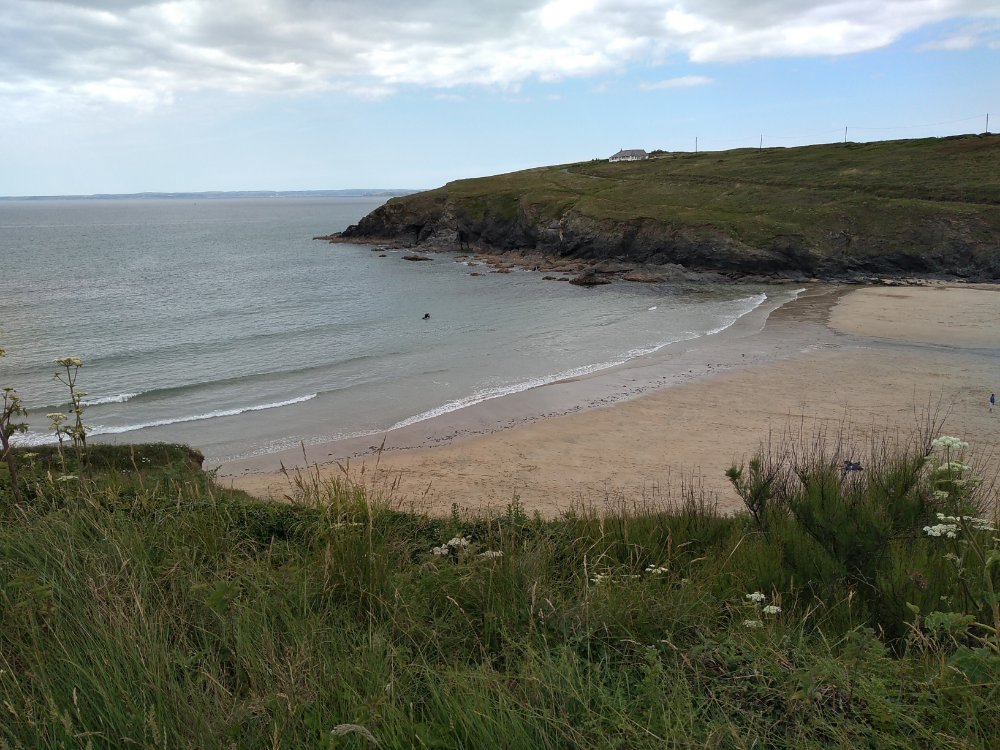 This was also dog unfriendly, but nice to look at from above.

We then parked on a cliff above Church Cove, and Rocco and I walked down to Dollar Cove so that he could cool down in the sea. 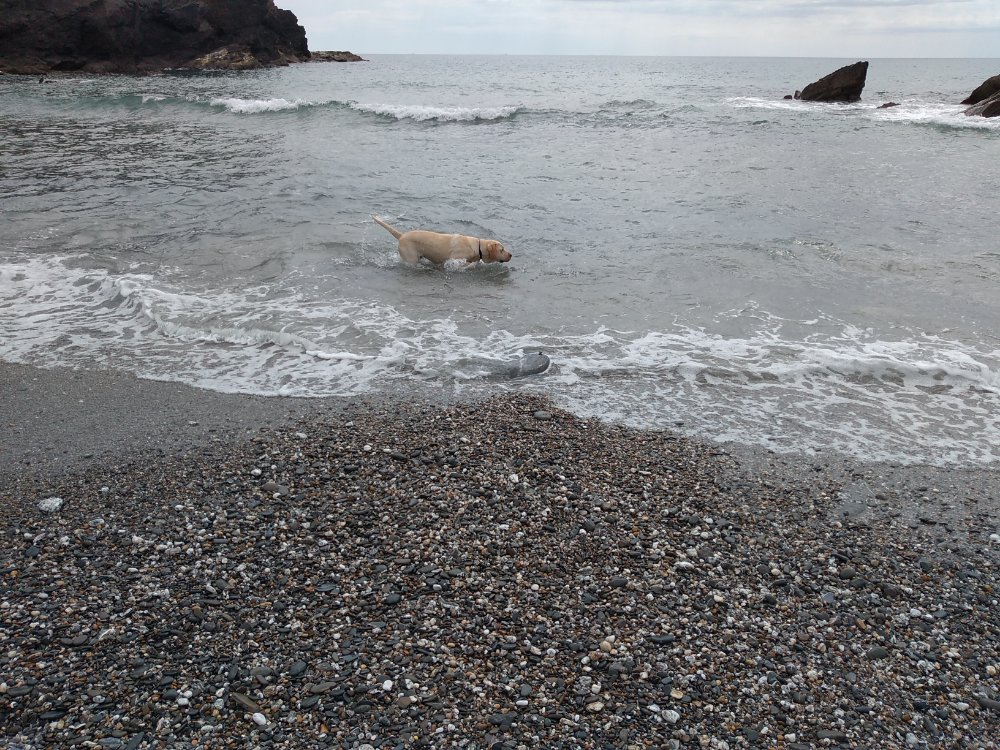 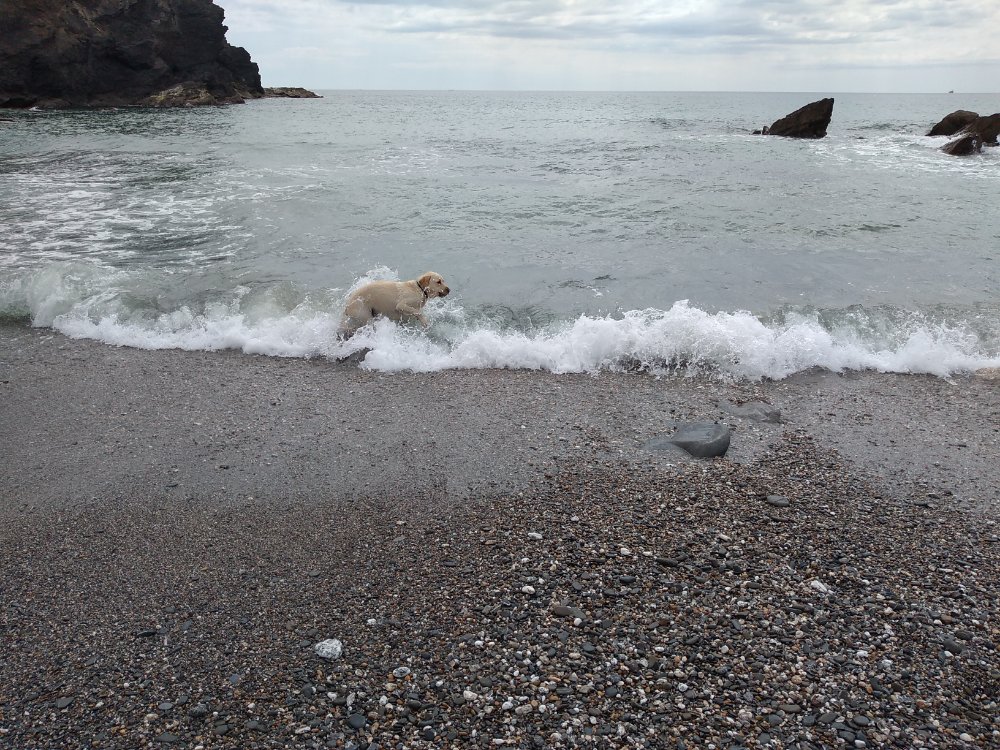 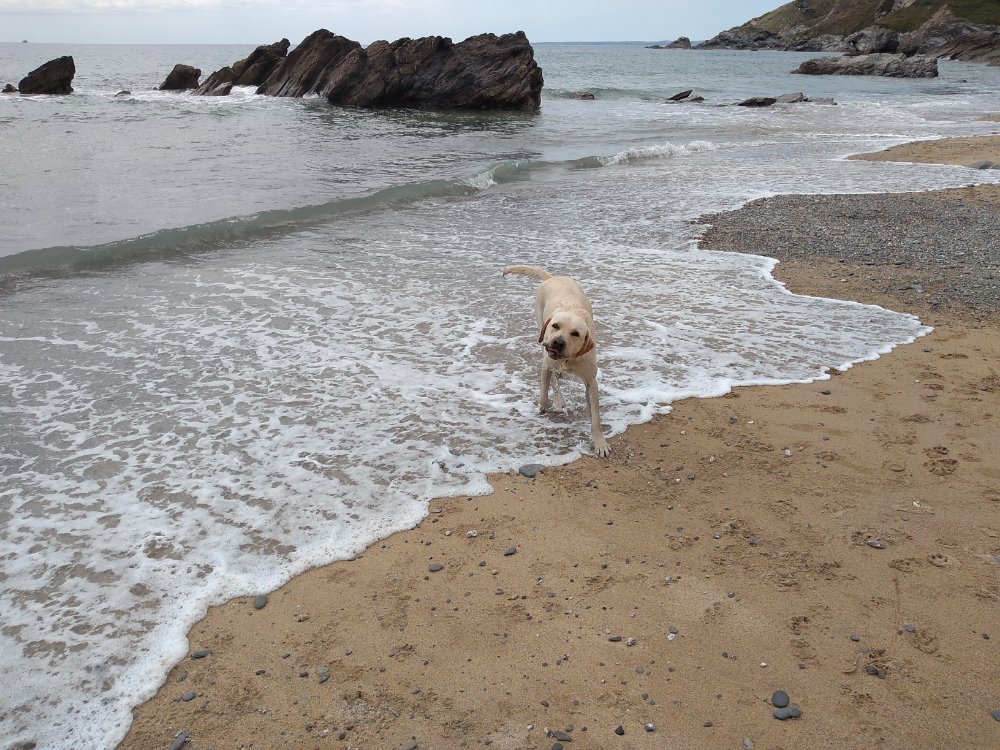 He was much happier playing in the waves this time!

On the way back, we found a deep river for him to rinse off in, so we returned with a clean but wet dog.