Another nice day, so time for me to continue the Capital Ring Walk.

It’s an easy journey via Waterloo back to Richmond Station, where I finished last week.

I took a different route from the station to the Thames; this time, a pleasant stroll through Richmond Green: 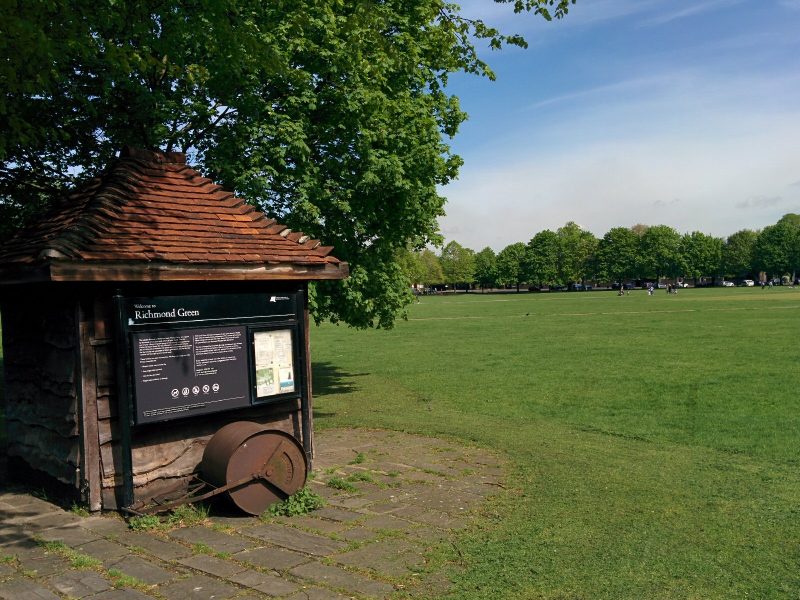 The Thames was soon reached, complete with fake paddle steamer: 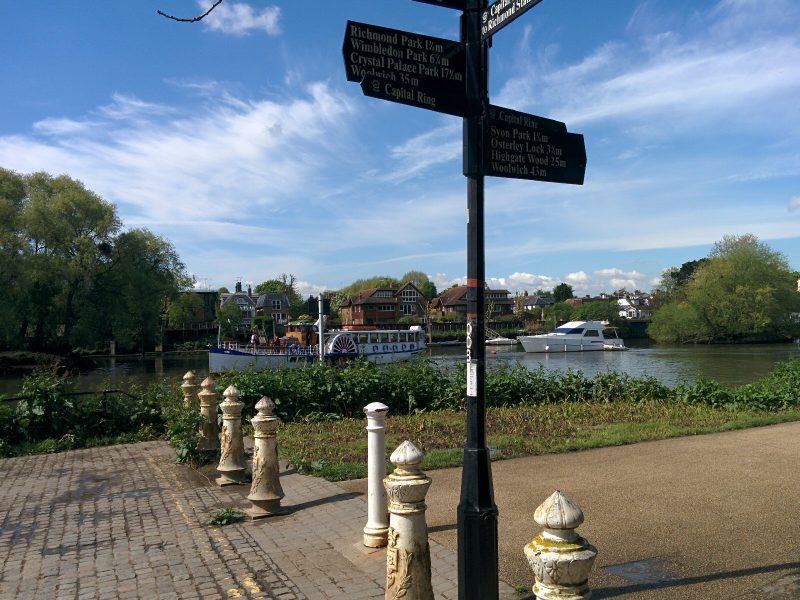 and the pretty Twickenham Bridge: 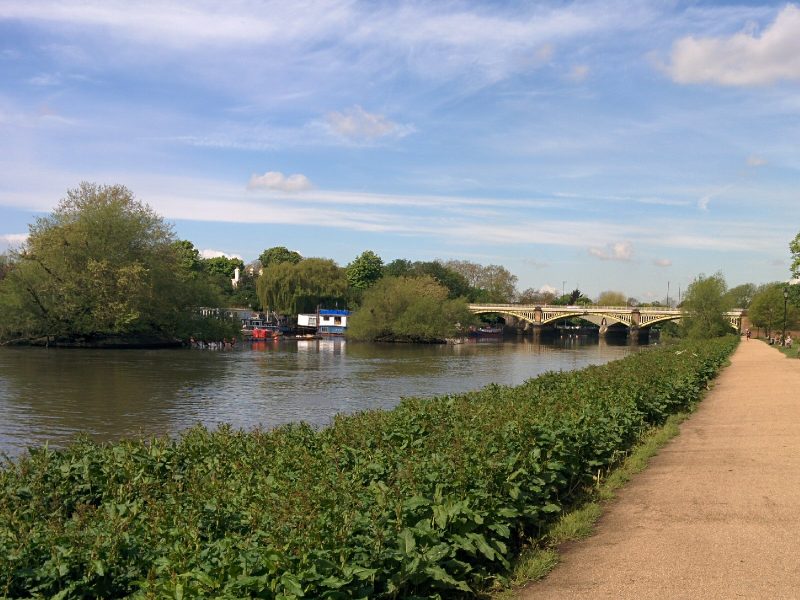 The path continues past the Old Deer Park to Richmond Lock (with another impressive bridge): 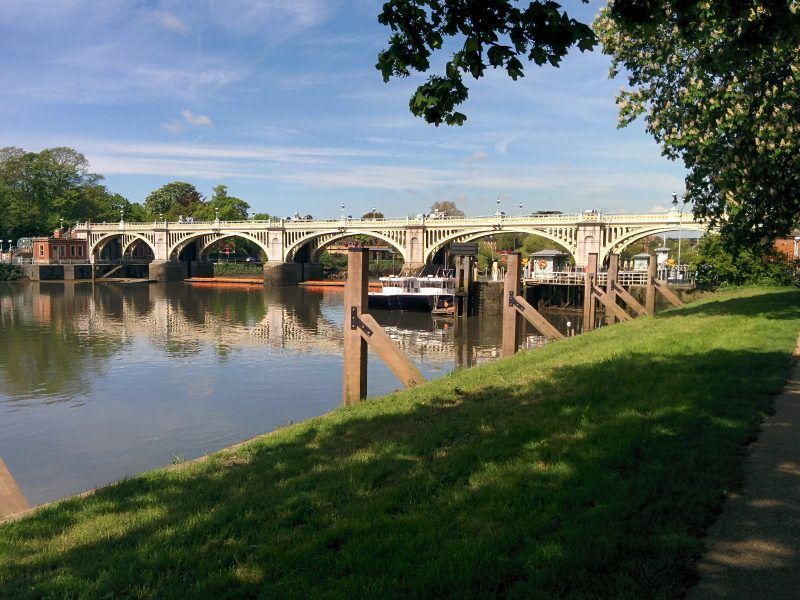 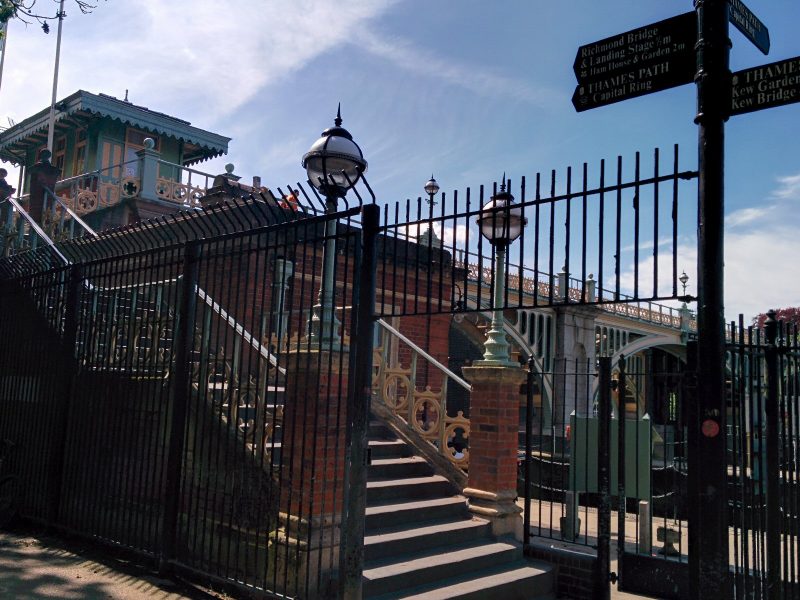 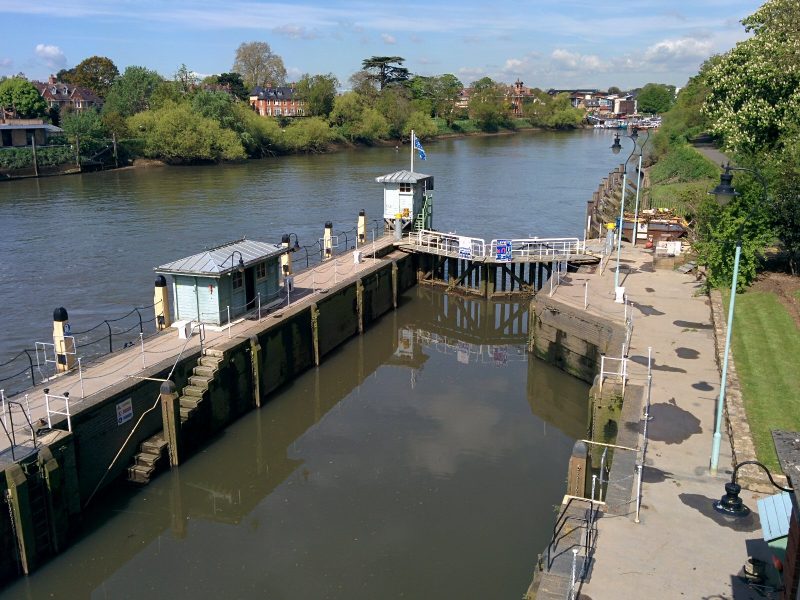 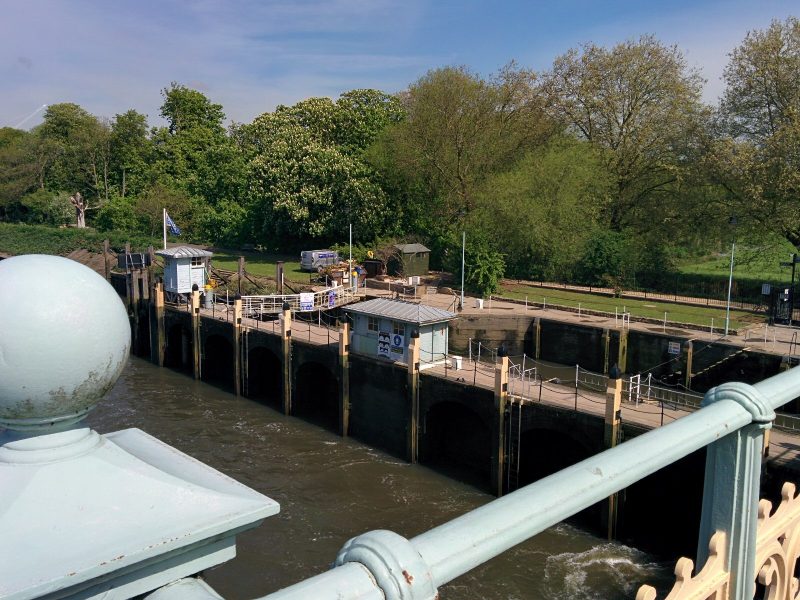 A nice path continues along the Thames: 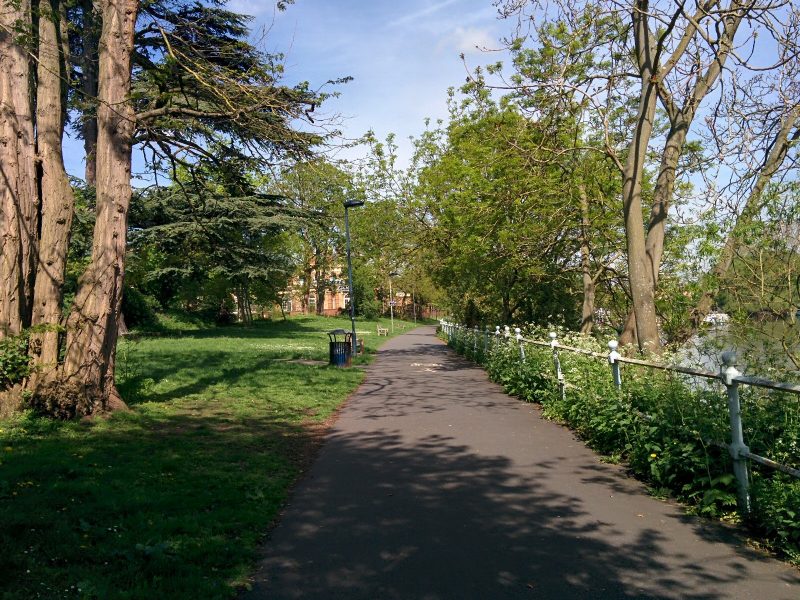 But slightly further on, this was diverted away from the river due to building work. Some directions would have helped here! 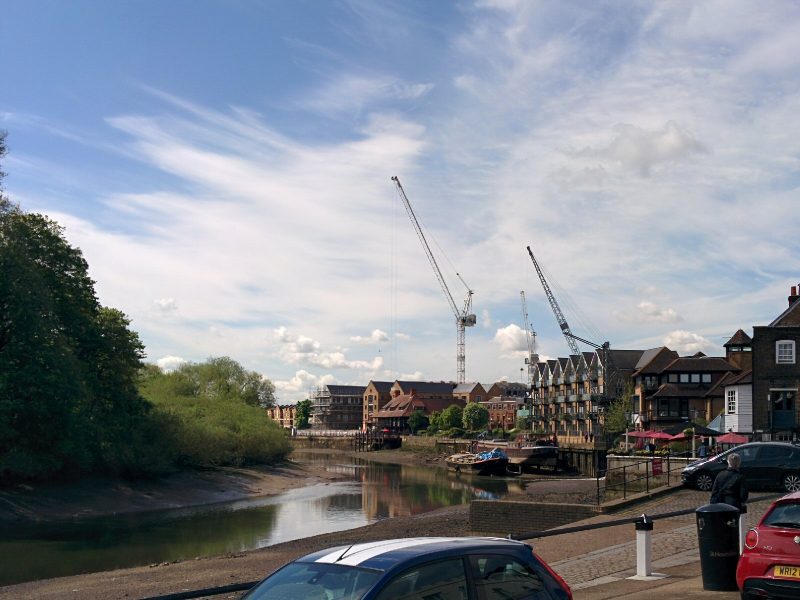 Then we’re into Syon Park: 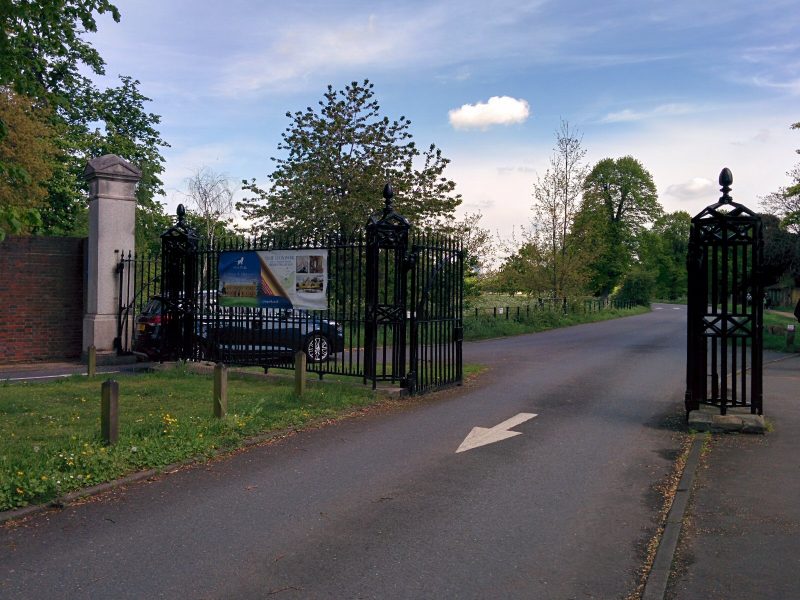 The peaceful tranquillity is interrupted by being right under the Heathrow flight path: 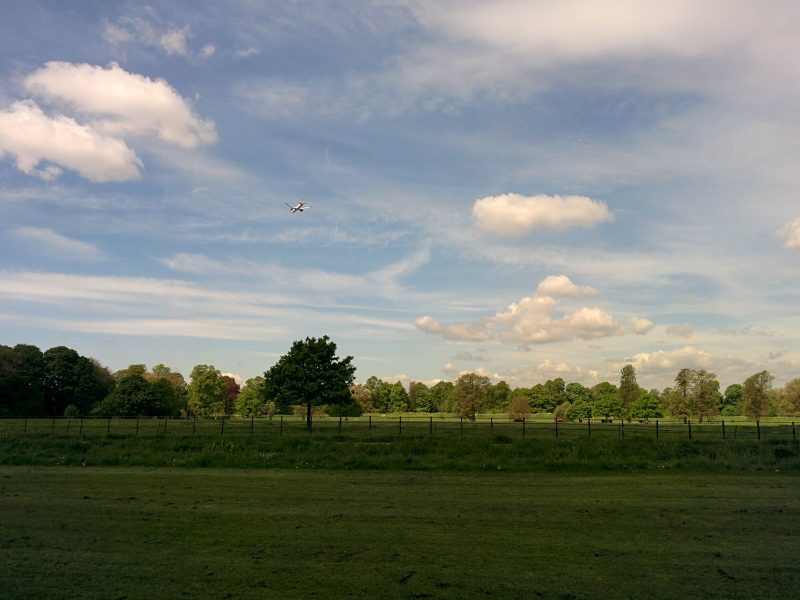 But it does have a nice house: 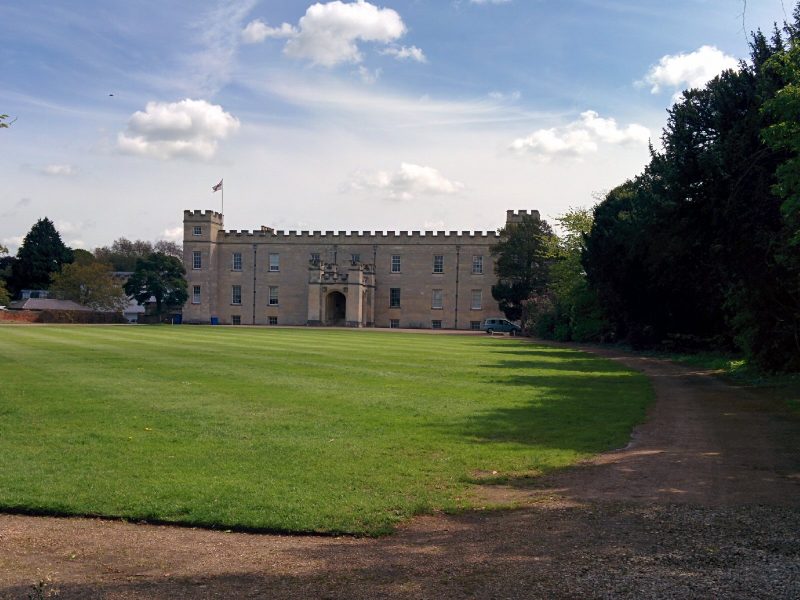 “Syon Park is the 200 acre London estate belonging to the Duke of Northumberland. The first Duke and Duchess of Northumberland redesigned the estate and commissioned the famous 18th century Scottish architect, Robert Adam, to remodel the interior of the existing house. The result was one of the finest interiors created by Adam with grounds laid out by Lancelot ‘Capability’ Brown, the equally celebrated landscape designer.”

Brentford Lock (on the Grand Union Canal) is soon reached from the other side of the park: 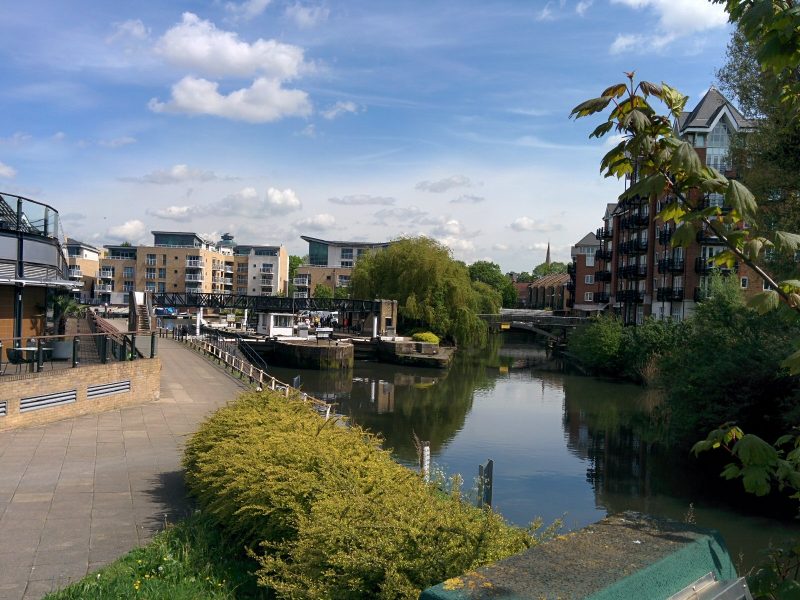 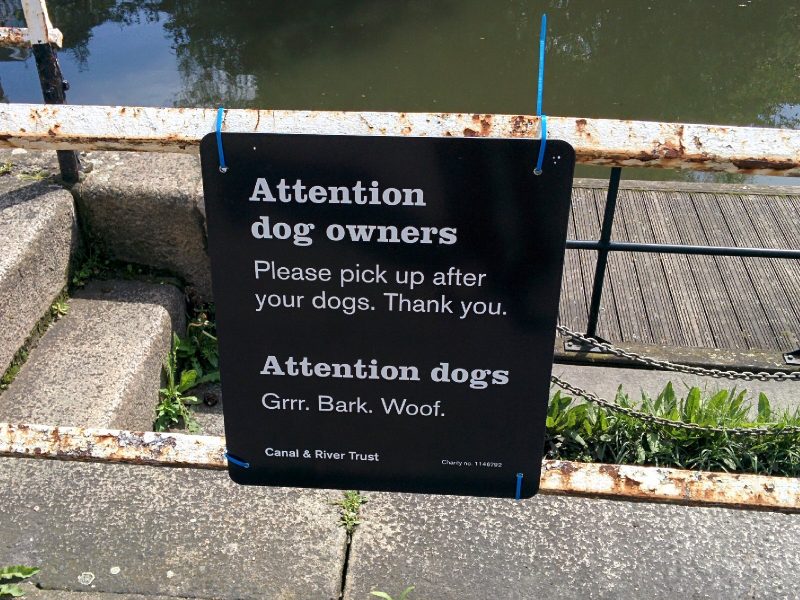 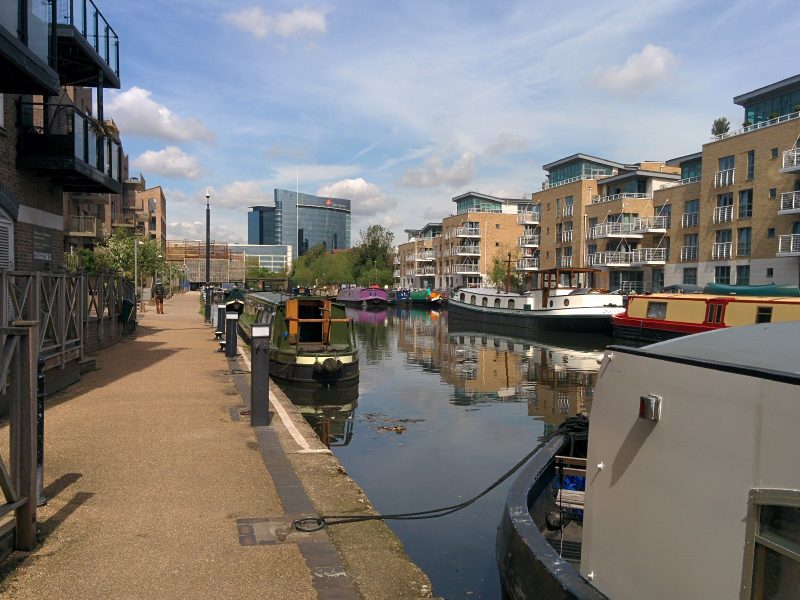 After a while, we’re back in the country: 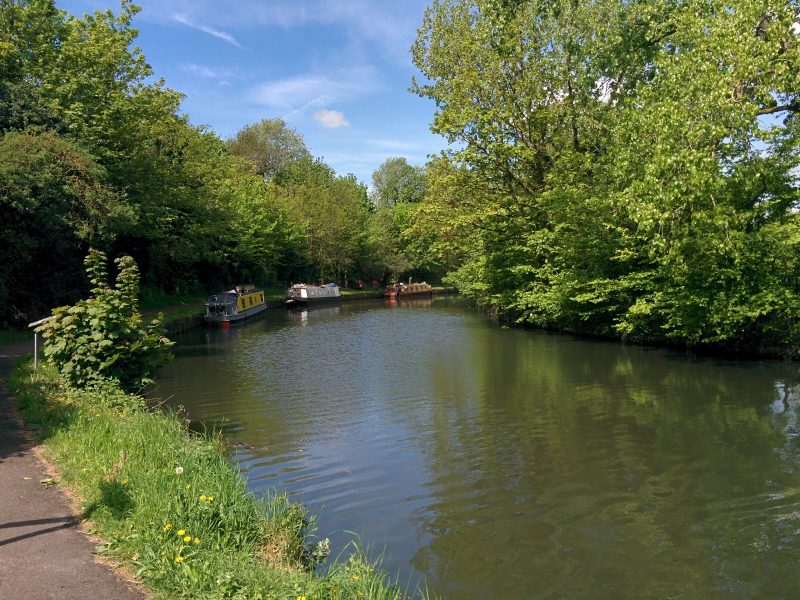 and across a lovely cast iron bridge: 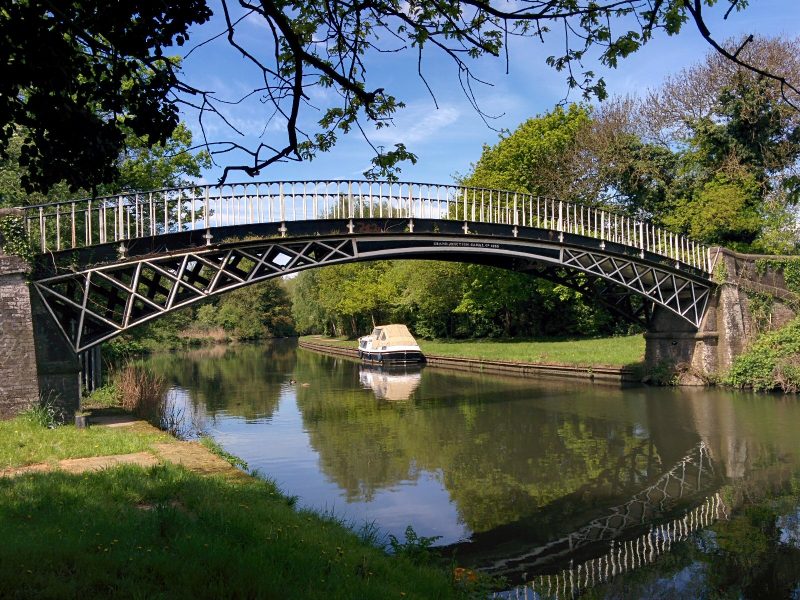 “The bridge has ‘Grand Junction Canal’ written on it, which was the original name before it became part of an amalgamation of canals in 1929, now known as the Grand Union Canal.”

But all too soon, the M4 passes overhead, with all the attendant noise: 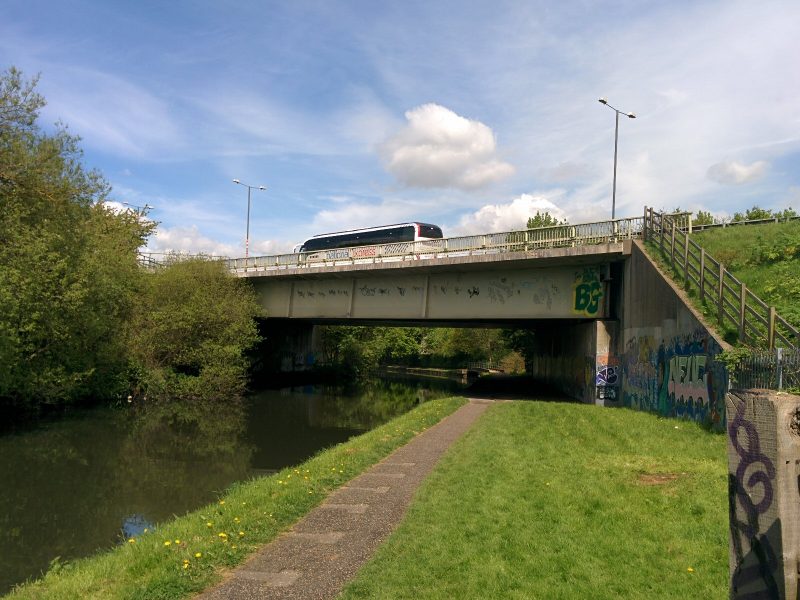 This is the end of Section 7. 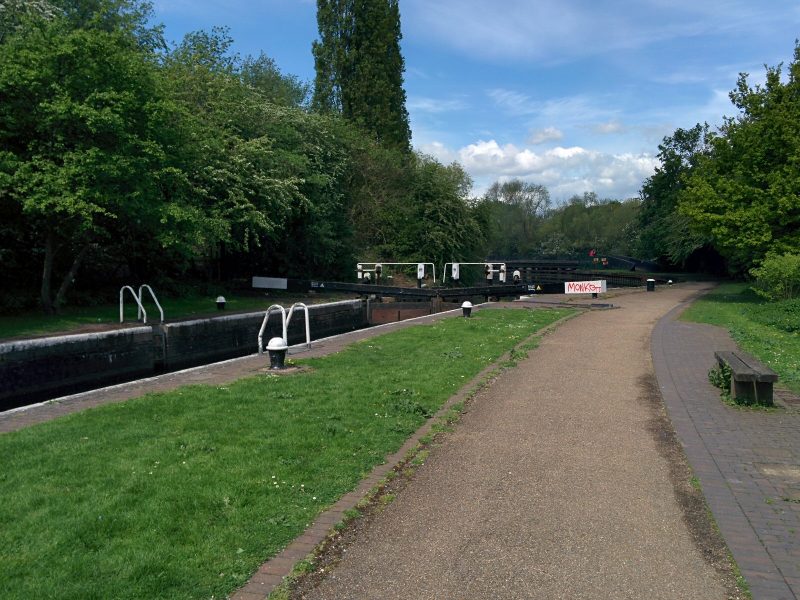 with some pretty bluebells in an adjacent wood: 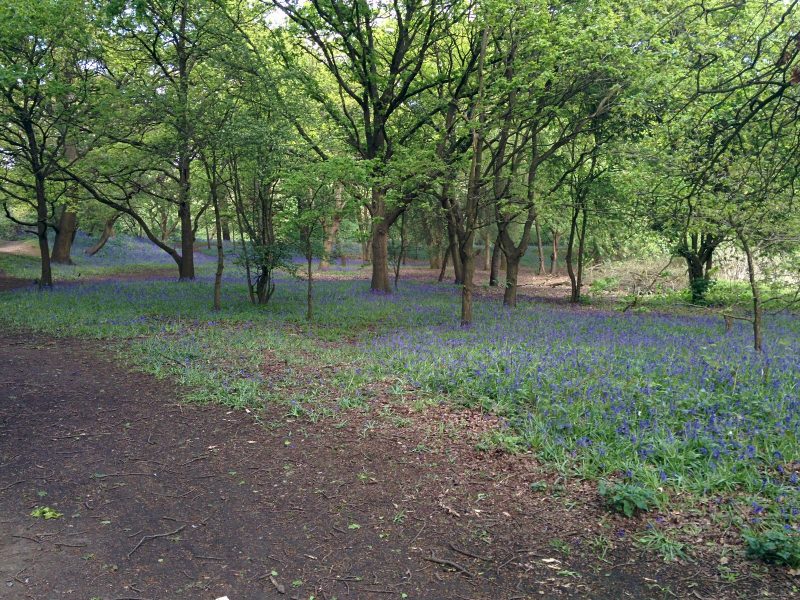 I took a detour along a nice path that climbed up above the canal through Elthorne Park: 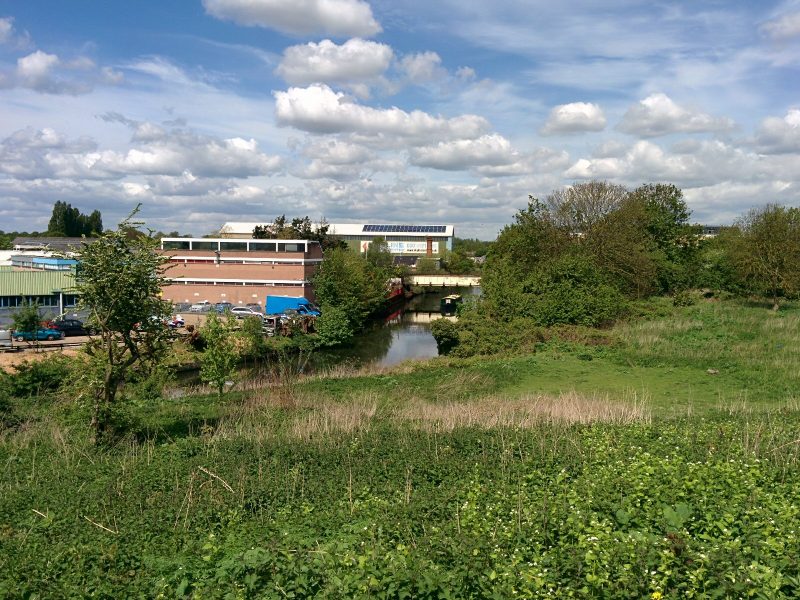 then shortly rejoined the towpath: 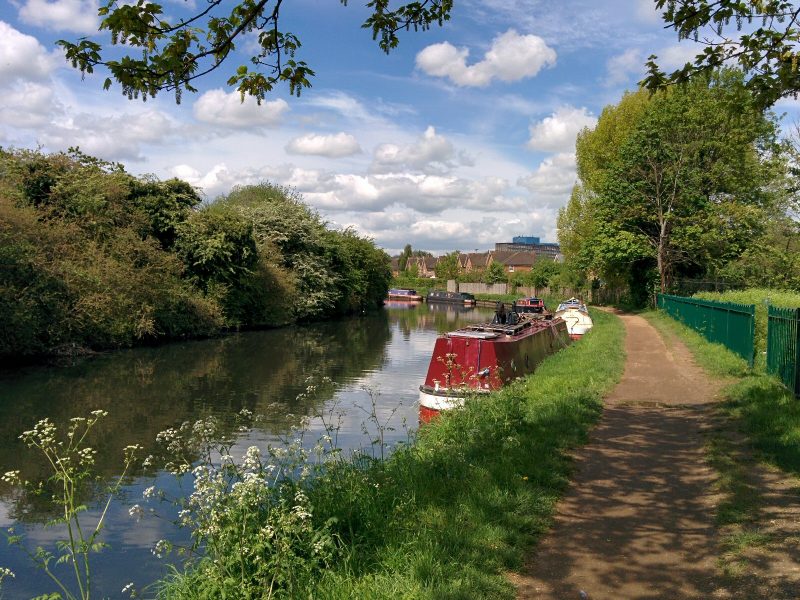 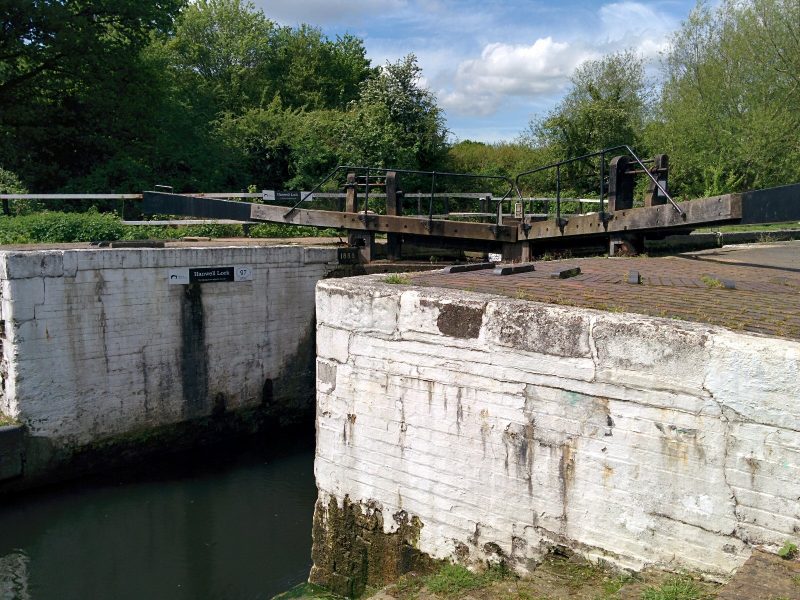 The Capital Ring route diverges here, but it was worth looking at the other locks in the flight first: 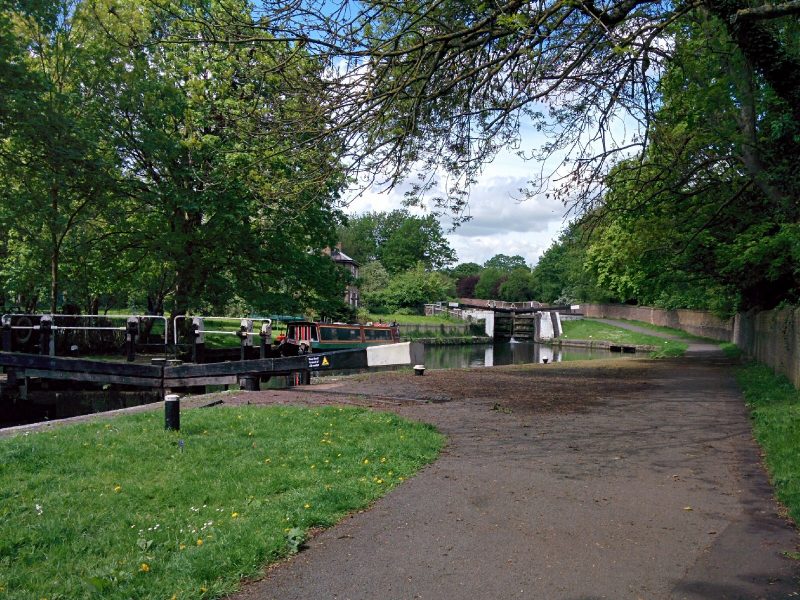 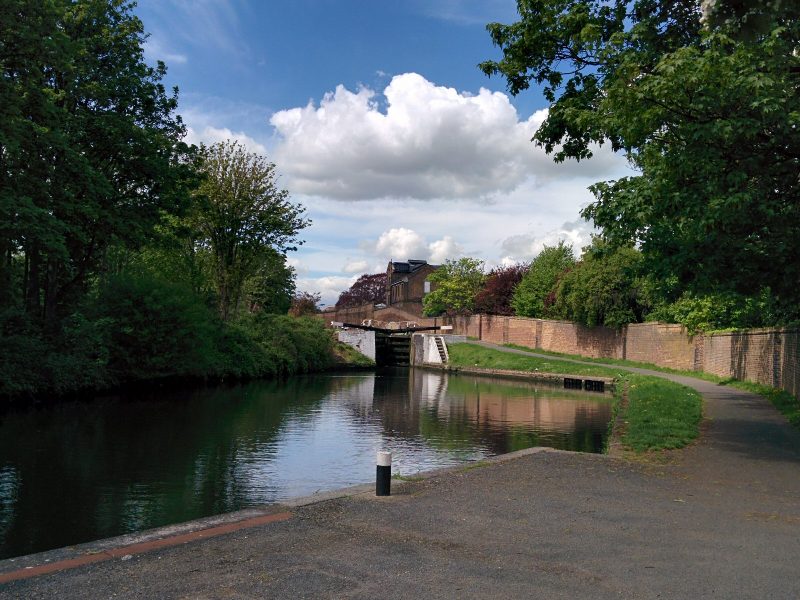 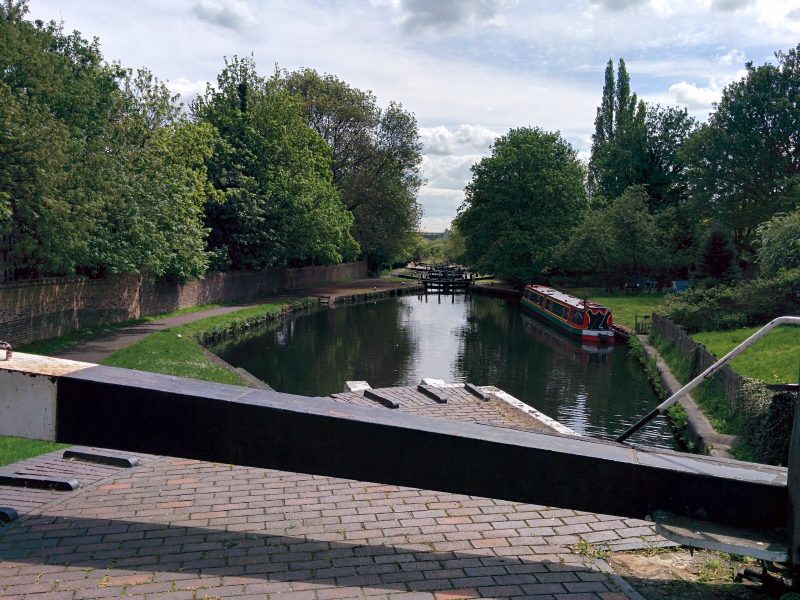 “There are six locks altogether in the Hanwell flight, taking the canal up 16 metres in a third of a mile. After 600 metres is the historic stone Hanwell Bridge. There has been a bridge at this point since at least the 14th century, but the present bridge dates from 1762, with several later widenings.”

At this point, I was within 2 miles of Bull’s Bridge Junction on the Grand Union, which I passed in 2016 doing the London Loop Walk.

The Capital Ring path then follows the River Brent: 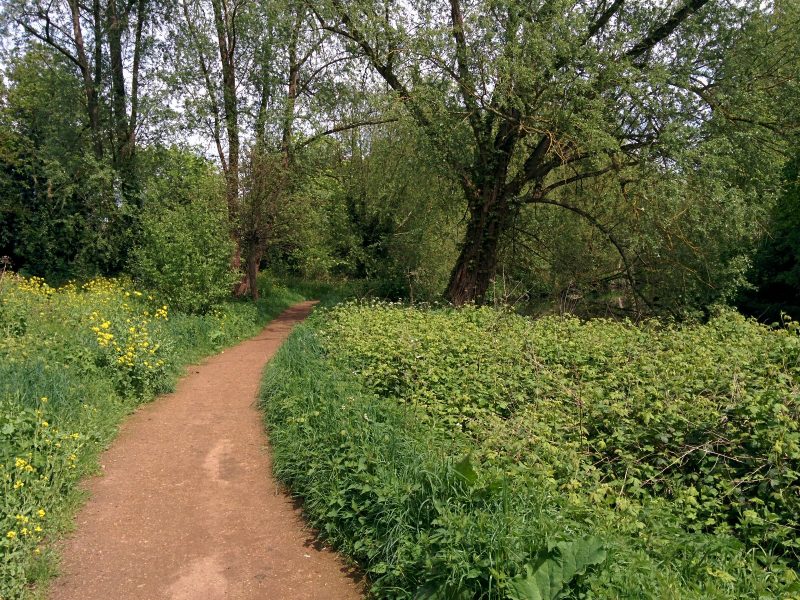 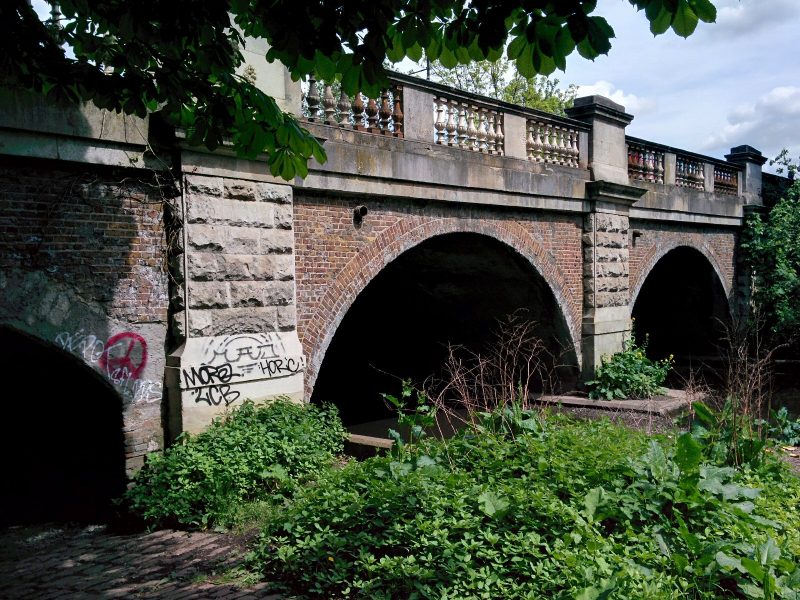 then on to meadows and the dramatic Wharncliffe Viaduct: 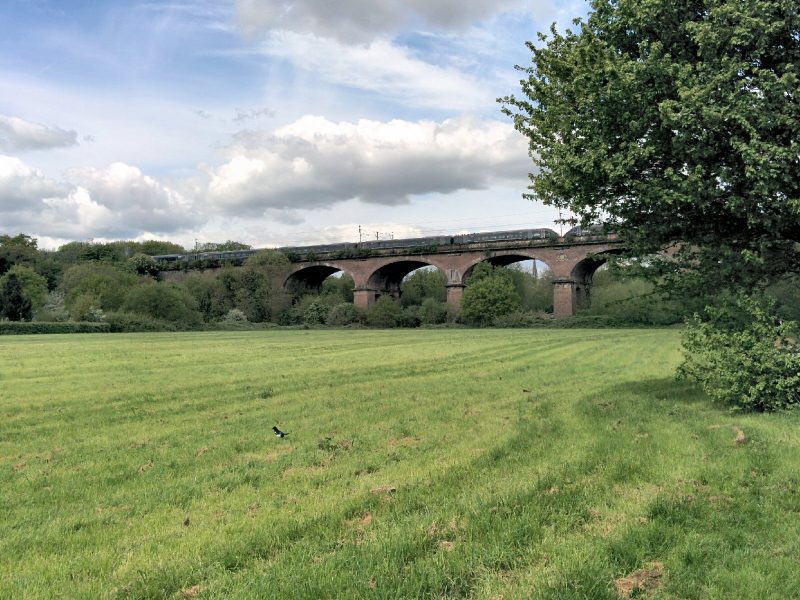 “The viaduct was built in 1838 by Isambard Kingdom Brunel, the great Victorian engineer, to carry the Great Western Railway from London to Bristol. It is named after its sponsor, Lord Wharncliffe, whose coat of arms can be seen at the centre. Queen Victoria had her royal train stopped on top so that she could admire the view.”

It was then a short walk to Hanwell Station, a train to Paddington, tube to Trafalgar Square and a fast train to home to Orpington.